How naloxone went from hospitals to the streets in record time

By Michael Smith and Dexter McMillan

Three years ago, naloxone was a Schedule I drug, available only by prescription. But an unprecedented spike in opioid overdose deaths rippling across North America brought swift change. Now, a publicly funded distribution program is putting over-the-counter naloxone into the hands of Canadians from coast to coast.

It’s difficult to walk too far through Vancouver’s Downtown Eastside without seeing small black and white cases swinging from the belts and backpacks of pedestrians.

Inside the cases is naloxone, an easy-to-administer drug that can reverse the deadly effects of an opioid overdose. These kits are part of a country-wide harm reduction response to stymie a staggering loss of life to these overdoses, and are especially important in the Downtown Eastside, a neighbourhood with a high proportion of people who use drugs that has been hit particularly hard by these deaths.

Today, naloxone kits are produced by every province and distributed free to anyone at risk of overdose. But just three years ago, a prescription was necessary to obtain naloxone and its distribution was not publicly funded. The speed and scope of the policy change that brought naloxone from hospital corridors to the streets is historically unprecedented according to Zachary Patterson, an addictions expert at Carleton University. Yet changing attitudes towards drug use and addiction, and a philosophy that health care should be made available to everyone, has pushed lawmakers towards progressive action on drug reform in order to stop opioid-related deaths.

Opioids are nothing new to the residents of the Downtown Eastside. But in recent years, use of the drugs has risen dramatically, thanks largely to over-prescribing of OxyContin, a powerful painkiller, and the introduction of fentanyl into the supply of other illicit drugs.

Since the current crisis erupted in 2016, opioids have claimed the lives of well over 12,000 Canadians, according to data from Statistics Canada. But British Columbia has been hit hardest of any province. In 2018, there were 30.8 opioid-related deaths per 100,000 people, almost double that of Alberta, the province with the next highest mortality rate.

A naloxone kit measures 6″ by 3″, and most come with a clip for a bag or belt. This kit is from BC and is distributed by the BC Centre for Disease Control. [Photo © Dexter McMillan]

Each kit assembled in British Columbia contains three doses of naloxone, contained in glass ampoules. Ampoules can be broken and the liquid drug can be draw into the syringe. [Photo © Dexter McMillan]

Toward the Heart, an organization that helps distribute the kits, includes a survey to be completed after use. These surveys provide valuable statistics. [Photo © Dexter McMillan]

Opioids act on the central nervous system, shutting down pain receptors in the brain stem, which is also responsible for breathing and pain reception. An overdose occurs when the drug is taken in high quantities and begins to stop a person’s breathing, causing them to asphyxiate and die.

Naloxone is an opioid antagonist, Patterson? explained, meaning it competes with and blocks opioids from having an effect by competing with the same receptors in the brain that opioids try to activate. When administered to a person who is overdosing, it will temporarily restart breathing.

Naloxone was originally patented in 1966, but it wasn’t until 1996 when the idea to provide take-home naloxone kits was suggested and entered into the public consciousness, according to a 2017 article in the Journal of Drug and Alcoholic Dependence. In Canada, a prescription was necessary.

Shortly after naloxone was removed from the prescription drug list, provincial health authorities began packing the drug, along with a syringe, into kits and providing them free to those at risk of overdosing and their family. These kits are publicly funded by all provinces in Canada in what’s called a take-home naloxone program.

In 2016, publicly-funded take-home naloxone programs resulted in a 6.4 fold increase in the availability of kits in BC, according to a 2016 study published in the journal Lancet. Since the program started, naloxone kits have reversed over 50,000 overdoses in British Columbia according to statistics from Toward the Heart harm reduction services.

Drug policy is notorious for moving slowly, but the response to proliferate naloxone was anything but sluggish.

“Atypical is a very good way to explain it,” said Zachary Patterson, an addiction researcher at Carleton University. “I don’t think we’ve ever seen this.”

According to a 2018 article published in Current Opinion in Psychiatry, people who use drugs have historically been seen in our society as dangerous and immoral. This stigma affects how we legislate drugs, preferring to make careful progress rather than rapid changes.

One reason drug regulators may have felt comfortable dramatically changing naloxone access is that the drug is remarkably safe. Patterson says there are no serious side effects and there’s no potential for abuse.

“I could inject you with copious amounts of naloxone right now and there would be no adverse reaction,” he said. “At worst, you might be hypersensitive to pain.”

Patterson also believes that the rapid response to changing drug policy which allowed naloxone to be readily available may be due to the fact that the opioid crisis heavily affected upper middle-class white families, as well as marginalized communities. Although no data exists for Canada, in the United States, 78% of overdose deaths in 2017 were white, non-Hispanic people.

Nancy Campbell is a health historian and a professor at Rensselaer, a university in New York state. She is writing a book on the history of naloxone.

She said that while race and socioeconomic status certainly plays a role in the speedy response, she credits Canada’s more progressive view of health care as being mostly responsible.

“I think it owes a lot to the [Downtown Eastside] of Vancouver and the raised awareness of what harm reduction is in Canada,” said Campbell.

Patterson agrees that the political environment did much to enable the shift in the way Canada views people who use drugs.

“The Liberal government put harm reduction back on the map,” he said. “They opened doors for a lot of these harm reduction programs like take-home naloxone kits.” 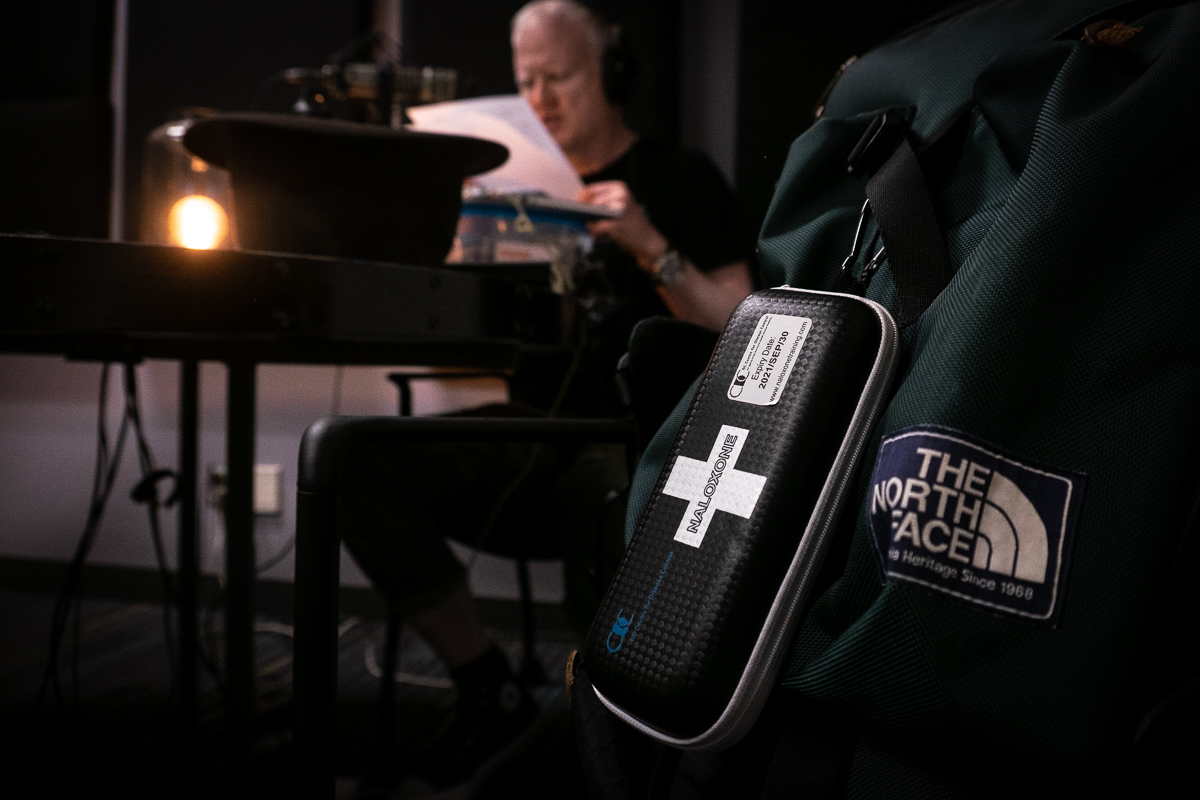 Although Naloxone has saved many lives and altered the opioid crisis it is not the solution to the crisis says Campbell.

“Naloxone will always be a bit of a band-aid,” he said. He agrees with most experts that successful drug policy needs to address more than just harm reduction.

Jirka Taylor, a drug policy analyst with RAND, an independent policy research organization, advocates for a “two-pronged approach.” He said we need to “remove people from contaminated supply and mitigate the risks.”

Education is also critical, said Taylor. Although it is almost impossible to get synthetic opioids off the market, people must be educated about the risk of using non-opioid drugs. Taylor says some people who use cocaine or methamphetamine do not realize their drug of choice could be contaminated with fentanyl. If they know the risk then they can be equipped with the proper safe guards like naloxone and test kits to stay safe.

After an overdose, more programs need to help treat people’s addictions so future overdoses can be prevented. According to Taylor, this represents a more fulsome approach to addictions treatment, compared to simply treating someone’s overdose and then cutting them loose. He believes in treating the cause of addiction through counselling, support groups and harm reduction education, instead of only treating the symptom and criminalizing the person who is using drugs.

Policy makers “should not place all their hopes on treatment or prevention as the sole solution” to the opioid crisis, he said. They need to continue to adapt their policy to an evolving crisis.

Patterson agrees. “[Naloxone] is not going to fix the opioid epidemic,” he said. “But at least it keeps our young people alive long enough, where we can try to figure out what the problem is and get them some help.”

“It comes down to resources,” said Taylor, who believes government needs to keep investing in policy like take-home naloxone kits, but also accessible treatment centres.

Patterson is optimistic that the rise of progressive policy like the take-home naloxone program is indeed a shift in society’s perspective, and that we’ll continue to see drug policy develop in a way that truly addresses the problem.

“I think the tides are turning.”