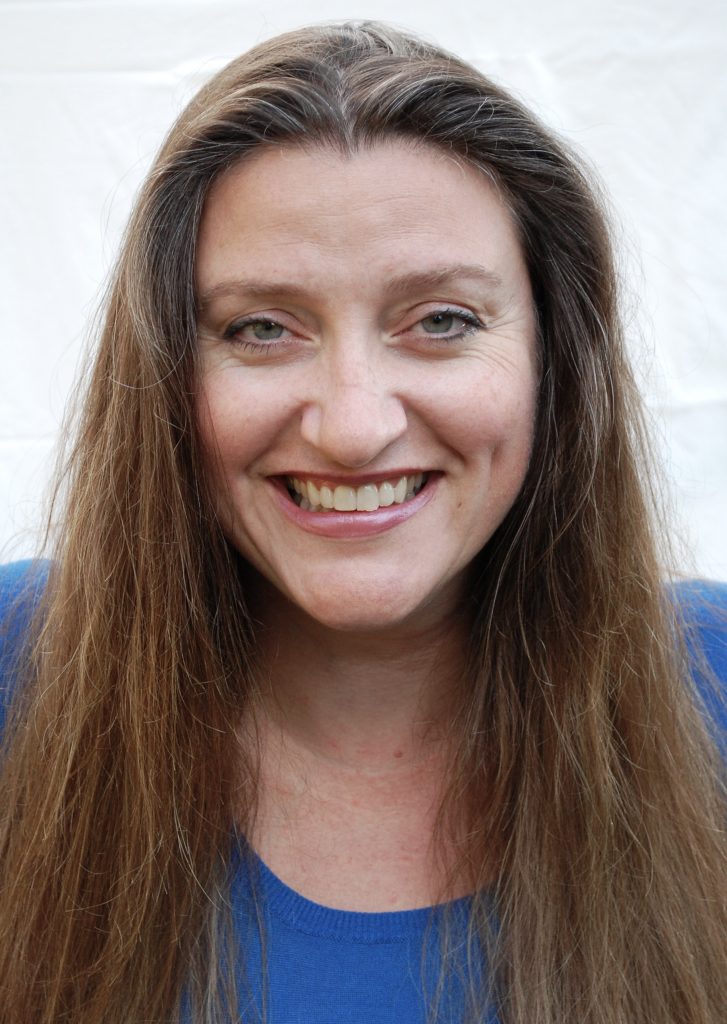 When Angel Foster was 10 years old, her mother told her a harrowing story that determined her career path.

As a student at the University of California, Los Angeles in 1970, her mother had an accidental pregnancy. At the time, abortion was illegal in the United States of America, so she sold her belongings to pay for the procedure in Mexico.

It didn’t go as planned. After being robbed at knifepoint at the first facility, she returned to the US to borrow more money before being able to safely have an abortion at another clinic in Mexico.

“At that time, I just knew I wanted to be a doctor and I wanted to do abortion care so that I could help women like my mom,” Foster said.

Growing up in Portland, OR, Foster marched in women’s reproductive rights rallies alongside her mother.

“I was the kid that would hold a sign that said, ‘I’m a child by choice,’ and so that was very much a part of my upbringing,” she said.

Now, Foster holds the endowed chair in women’s health research at the University of Ottawa, a position she said gives her the ability to make the biggest improvements to her field, which is what drew her to Canada. She is also the author of more than 50 publications on women’s reproductive health.

Foster also developed an interest in refugee issues and the Middle East early on.

Her family fostered 17 refugees from Vietnam, Cambodia and Laos over the course of her youth. When she was 16, after winning a scholarship from the National Council on U.S.-Arab Relations, Foster spent the summer in Jordan working in Palestinian refugee camps.

“I had these sort of two tracks that I went to college at 17 and I knew I wanted to do both, and I knew that I would be able to combine them,” Foster explained.

She began with a bachelor of international relations and biology before earning a master’s of international policy studies at Stanford University in 1996. As a Rhodes Scholar, she obtained a Doctor of Philosophy in Middle Eastern studies from the University of Oxford in 2001. Five years later, she became a physician through the Harvard Medical School.

“It is still very challenging to do abortion-related work and to secure abortion-related funding in the United States, so I was very excited about being in an environment [Canada] . . . that was much more amenable to abortion researchers, in general,” she said.

Foster is primarily a social science and health policy researcher, whose work relies heavily on the qualitative: hearing stories from women about their experiences accessing contraception in order to learn how to improve the system.

She works to expand access around the world to emergency contraception, which began with the Plan B “morning-after pill” and has since expanded to ulipristal acetate, another post-sex pregnancy prevention medication, among other contraceptive methods. She also uses her research to improve access to “high-quality, safe and affordable” abortion care, in both legally-restricted and legal environments.

She leads projects in 12 countries, many focused in the Middle East and Africa, where she is a specialist.

Foster is also a professor in the Faculty of Health Sciences. She teaches graduate students and oversees about eight of their international projects right now, all focused on reproductive health in countries such as Albania and Somalia.

‘We have projects in six continents. I am always on the lookout for an appropriate reproductive health project in Antarctica, but I don’t actually see that coming,” Foster said.

Foster’s passport filled up with stamps six years before its expiration, leaving her with a blank and “unsettling” new one, she said.

But leading research in so many different countries means there is no typical workday and often leaves her tired, she said. In any given week, Foster estimated she spends 75 per cent of her time travelling abroad—sometimes spending time with her husband, who also travels for his job—before splitting her home time between Ottawa and Boston.

Something about Angel that you may not be able to see just from her work is she has this tireless energy . . . She’s one of the most productive people that I know,” Kelly Cleland, one of Foster’s colleagues, said.

“She’s a fantastic mentor . . . and just I think provides a lot of intellectual support to her students and does a lot in the way of helping them advance their careers, introducing them to people who might be able to help them make more connections and gain more insights into what they’re studying,” Cleland said. “She’s all around a really terrific colleague and a really important leader in our field.”

While the work is tiring, Foster said she is motivated by the victories she’s had in her field. Of all the countries she has worked in, Foster said the US is the most challenging, both for securing funding for and researching abortion safely. Even in countries where abortion is illegal, she said she doesn’t feel unsafe doing her work like she does in the US.

Her favourite success involved equalizing access to abortion care for US Peace Corps volunteers. The program, founded in 1961 by President John F. Kennedy, has seen about 220,000 Americans participate in international peacekeeping and diplomacy. When abortion was legalized in 1973 in the US for specific cases, Peace Corps volunteers were excluded from funding for abortion care, even in instances of rape or life endangerment, leaving them vulnerable abroad.

In 2013, Foster led a large-scale qualitative study that interviewed 433 volunteers about their experiences obtaining abortion care while serving. After spending a year lobbying the US government, she said bills were introduced into the Senate and House of Representatives and ultimately signed into law by the Obama administration as of January 1, 2015, giving volunteers the same abortion care access as all Americans through the federal health system.

“That was a really wonderful experience to see how, in this case, a qualitative project could actually very much lead to policy reform and really inform efforts both by documenting the experience, but then by also being able to work with advocates to use that research most effectively,” Foster said.

Raywat Deonandan is an epidemiologist and professor of health sciences who works alongside Foster at the University of Ottawa. He said she is one of the greatest minds working in the field of women’s reproductive health in the world, and the Peace Corps case demonstrates it.

“In my opinion, that was a tremendous achievement, given that it occurred at a time when it’s almost impossible to get any political consensus in the USA,” Deonandan said in an email.

But despite her successes, he said Foster remains humble and at times unaware of the full impact of her work.

“I don’t think Angel full appreciates how special she is. She is one of the great intellectual leaders in the broad reproductive field, yet is very self-effacing,” Deonandan said. “I would like her to understand what a positive role model she has been, not only for her students, but for her colleagues, as well; myself among them.”

Now, Foster is focusing on responding to and preventing early marriage among Syrian refugees in Jordan, as well as establishing a referral system to provide the women with access to safe and legal abortion through the Jordanian health system. She said she is also focusing on increasing access to misoprostol, an induced abortion drug, in legally-restricted locations. One of Foster’s recent projects saw 1,000 women in northern Thailand receive access to a community-based distribution system for the drug that she helped develop, with a high success rate for non-pregnancy.

“I think that there’s a lot of promise that this could be a real game changer in terms of reducing maternal mortality and morbidity from unsafe abortion, so I’m very excited about that,” Foster said.

After all her international experiences with women, Foster said one of her favourite parts of her research is building connections and hearing personal stories, as well as how her work has helped them. But, she said there’s still a long way to go to making people understand how important abortion is for women’s health.

“It’s really important that we recognize that abortion is part of women’s health, it’s part of sexual and reproductive health, and it’s part of family planning,” Foster said. “Even if we’re not all doing work around abortion, which is completely fine, let’s not pretend that abortion isn’t part of these other elements of health.”