Could decriminalization be the answer to Canada’s opioid crisis?

When attending parties or music festivals, drug-users in Portugal can stop by the Check!n, a service established to test a drug and identify all its substances.

In 2001, Portugal decriminalized the use of all drugs, from weed to cocaine and heroin. There, everyone is allowed to hold a 10-day supply of drugs with them. If caught, jail isn’t an option. Instead, they are sent to discussion panels or prescribed therapy or treatment.Since then, the number of overdose deaths has fallen drastically. There are now three overdose deaths per million of citizens. The E.U. average is 17.3 deaths per million.

When decriminalization was announced in Portugal, the drug tsar Vitalino Canas, appointed by the prime minister said, “why not being clear about this, and change the law to recognize that consuming drugs can be illness or the route to illness? America has spent billions on enforcement but it has gotten nowhere. We view drug users as people who need help and care.”

The experience and results of Portugal’s decriminalization of all drugs raise questions about how such a strategy could work in Canada.

Canada is facing an opioid overdose crisis and taking drugs can be of high risks, especially when using drugs purchased on the streets. Douglas Angus, a professor in the Telfer School of Management with expertise in health economics and health policy says “this is a public health issue more than anything else in the country.”

The numbers are compelling. In 2016, over 900 people died from a drug overdose in British Colombia. In Ontario, over 520 people died on that same year. As a comparison, 533 people were killed in traffic accidents in Canada in 2015.

The question of whether or not decriminalizing those drugs could be the answer to the Canadian opioid crisis has recently emerged in public discussions. As the crisis grows exponentially, health officials and policy makers debate about whether decriminalizing addictive drugs is a better approach.

Putting drug users in jail isn’t the right idea, says Jordan Westfall, president of The Canadian Association of People who Use Drugs. “No one has ever quit a drug addiction because they have received a fine or went to jail.”

Westfall says if people would feel safe enough to go in treatment centres and seek help without the fear of being criminally charged, it would greatly help the overdose crisis. “Everyone should have the right to have their drugs tested”, he says. By legalizing opioid, Westfall says it would cut the illicit selling of drugs and people would know the purity of what the drugs they take. 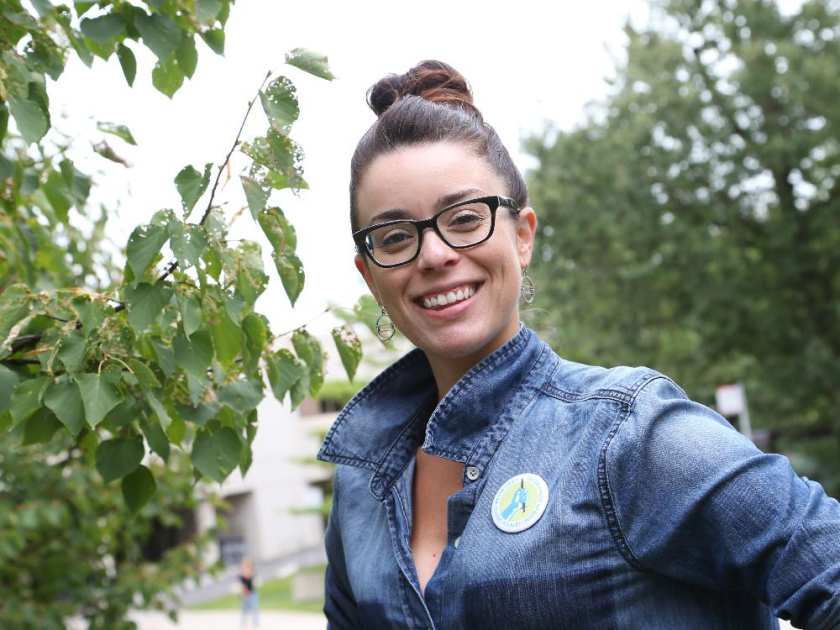 Marilou Gagnon, associate professor in the school of nursing at the University of Ottawa and founder of the Coalition of Nurses and Nursing Students for Supervised Injection Services. [Photo credit: Ottawa Citizen]

Opioids are highly addictive. One of the strongest ones and most prominent in overdose related deaths is fentanyl, which is considered 100 times stronger than heroin. Fentanyl is a synthetic opiate narcotic, primarily used for pain management. Fentanyl affects the brain by binding to the body’s opioid receptors, which control pain and emotions. These receptors then drive up levels of the neurotransmitter dopamine in the brain and produce and sense of euphoria and relaxation

Fentanyl has become a central player in the opioid crisis because of its high potency and associated high risk.  While users who overdose on morphine or heroin typically show a drug concentration level of about 2 milligrams per litre of blood, a mere 0.01 milligram per litre is common for fentanyl overdose cases.

According to Dr. Milin, head of the division of Addiction and Mental Health at the Canadian Academy of Child & Adolescent Psychiatry and associate professor in the department of psychiatry at the University of Ottawa, the rise of opioid related health issues and overdoses can be linked to the increasing amount of opioids sold on the streets. “There’s no quality control here. The drug dealers mix and match the ingredients, he says. People don’t know how strong the drugs they get are or how much they take.”

The level of purity and impurity of the drug are the two main reasons why a number of people are advocating for the decriminalization of illicit drugs.

Marilou Gagnon, associate professor in the school of nursing at the University of Ottawa and founder of the Coalition of Nurses and Nursing Students for Supervised Injection Services says decriminalization is key to solve the opioid crisis that keeps killing thousands of people.

“Decriminalization is what would make the biggest difference, because right now people are injecting themselves with drugs that are made on the streets”, she says. “As long as it stays a crime, people will continue to not seek help, will continue to inject substances that are dangerous for them and we are just punishing them for doing that.”

Number of overdoses would not go down, say scientists.

Researchers in Australia looked at the question of purity closely. In 2014, the National Drug and Alcohol Research Centre in Sydney, Australia, published a study in which they concluded that legalizing opioids would not have a substantial impact in reducing overdoses.

Shane Darke, lead author of the study, says “any use of any drug has a risk and the more people you have using a drug the more harm will occur in society and in a lot of cases people will die.”

Drake and his coworkers’ findings show that in most cases, it is not the purities or impurities killing the drug users, it is the use of multiple drugs at the same time. The risk of overdosing increases significantly if opioids are mixed with alcohol, anxiety pills and others.

To come to their result, they looked at a number of studies done on heroin purity and its contribution to heroin-related death.  Their findings show that in most cases, it is not the purities or impurities killing the drug users, it is the use of multiple drugs at the same time. The risk of overdosing increases significantly if opioids are mixed with alcohol, anxiety pills and others.

“Just look at oxycodone, it’s legal, it’s pure, it’s of known dosage and deaths have still gone through the roofs”, says Darke “There might be other reasons to changing the legal status of drugs, but legalizing them to reduce overdose is not the right choice.”

In a commentary written in response to Drake’s study, Jodie A Trafton and Elizabeth M. Olivia, researchers at the Centre for Innovation to Implementation in California agree that legalizing opioids would not help reducing the overall number of overdose.

“By potentially increasing the likelihood of effective bystander response to overdose, legalization of heroin might decrease the risk of dying when an overdose is experienced, but at the expense of increasing the population exposed to opioids and, by corollary, the number of overdoses experienced.”

Compared to Portugal where addiction is essentially treated as a medical problem rather than a criminal one, the Canadian federal government has resisted this approach. Despite strong recommendations from British Columbia’s top health officials, Prime Minister Justin Trudeau said during a visit in B.C in early March that he would not be decriminalizing other illicit drugs than marijuana.

Gagnon emphasizes that it takes a lot more risk taking and political will by the government to that.  Education on how the drugs would be sold and why it would benefit drug-users is something important, she says. “There is so much education to do, and if the public isn’t educated, then politicians won’t want to push for legalization.”

“The reasons opioids are so dangerous is that they affect opioid receptors in the brain, which regulate respiration. So, if you overload those receptors, your respiration slows and you end up overdosing because you can’t breathe anymore. Then, obviously if you stop breathing you die.” – Dr. Milin