Fighting recurring tonsillitis: How a team of researchers is setting the groundwork for a strep vaccine

By Kiera Kowalski and Levi Garber

Jessica Mayenburg was celebrating her eighteenth birthday at her parents’ home in Carp, Ont. the first time her throat closed up from the tonsillitis she had been fighting for four months.

Mayenburg went to the bathroom, opened her mouth and stared at the bulging masses of tissue blocking her airway.

“I could still kind of breathe but it almost felt like someone was sitting on my chest,” she said. “My lungs were fine but I couldn’t pull any air in.”

Mayenburg, now 21, told her mother she needed to go to the emergency room, and fast.

Even with antibiotics, her body wasn’t able to fight off the infection, and now it wasn’t even able to cope with breathing.

Mayenburg’s story is unfortunately all too common.

Recurring tonsillitis caused by Streptococcus bacteria, commonly referred to as strep throat, is a condition that affects nearly 600 million children worldwide every year. Yet doctors and medical researchers are only now beginning to understand the complexities of the illness. Scientists at the Jolla Institute for Immunology in San Diego, California recently pinpointed a molecule produced by the strep bacteria that wreaks havoc on tonsil tissue in children who are susceptible to frequent infections. That discovery could pave the way for the development of a strep throat vaccine, according to a study published in February in the journal Science Translational Medicine.

If realized, a strep vaccine could prevent the recurring throat infections that plague susceptible children. Children like Mayenburg.

“For the first 17 years of my life, I had strep or tonsillitis every six months or so,” said Mayenburg.

Tonsillitis is the inflammation of the two oval-shaped pads of lymph tissue in the back of the throat that act as filters for the body’s immune system. The condition causes sore throat, fever and trouble breathing. It can be caused by a variety of infections . Streptococcus bacteria cause a form of tonsillitis called strep throat.

“I always had other kids at school be like ‘Oh, you have such a bad immune system, you’re so sick all of the time,'” said Mayenburg.

“People would make fun of me for being sick.”

Some children are more susceptible to contracting strep throat than others because, as researchers at the La Jolla Institute found, they are genetically predisposed to have smaller germinal centres, which are important for development of immune cells.

When a child is susceptible to strep throat, which comes from the bacteria known as Group A Streptococcus, their immune system struggles to produce antibodies to fight off the infection. For Mayenburg, this became a persistent battle.

In September of her first year of university, Mayenburg contracted a particularly bad case of strep throat that turned into tonsillitis. She went to the campus clinic, received antibiotics and her symptoms faded within days. A week later, the symptoms came back.

So Mayenburg was given more antibiotics.

She continued this cycle of getting sick and taking medication until December of that year, when her body could no longer handle the damage caused by persistent rounds of antibiotics. They had killed off so much bacteria in her gut and intestines that Mayenburg was experiencing internal bleeding.

By January, Mayenburg saw an ear nose and throat specialist who put her on a waitlist for tonsil removal surgery, called a tonsillectomy. But the waitlist was nine months long.

And that’s when the tonsillitis became life-threatening, leading to Mayenburg’s birthday visit to the ER.

“I would have to go to the hospital and get steroid shots to decrease the swelling because my airway would close,” said Mayenburg.

After multiple trips to the emergency room for steroid injections, Mayenburg was fast-tracked for an emergency tonsillectomy. She finally had her tonsils removed in March, 2016, seven months after the tonsillitis episodes began.

It is cases like these that have motivated researchers like Jolla Institute for Immunology’s Dr. Jennifer Dan to search for a vaccine against strep throat. That way infections can be prevented long before they get out of hand.

Dan, the lead researcher of the strep vaccine study, said her team found that children who are prone to developing tonsillitis produce fewer antibodies against a harmful protein created by the strep bacteria. That protein, called SpeA, hobbles a patient’s immune system so that it can’t make defensive antibodies that protect against invading bacteria.

Those antibodies are built by white blood cells, known as B cells that fight off bacteria and viruses, Dan explained. The B cells reprogram the immune system to generate a response and create antibodies that target specific infections.

“Basically it’s a series of fine tuning events in order to make a better antibody response,” said Dr. Dan in a phone interview.

Dr. Shane Crotty, who collaborated with Dan on the study, said that discovering SpeA could form the basis for the development of a strep vaccine. 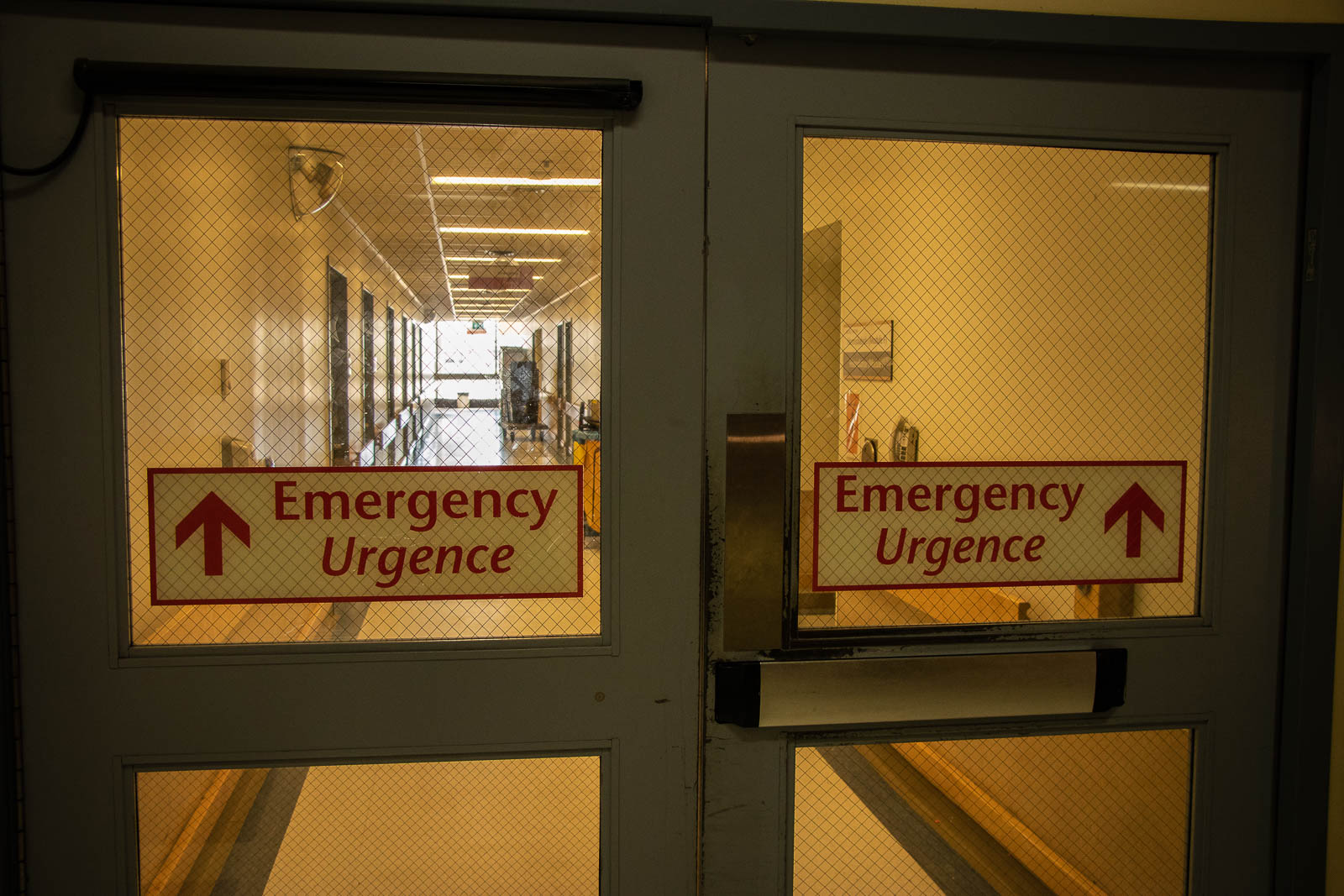 Jessica Mayenburg was rushed to the ER many times for steroid shots to open up her throat after it closed due to recurrent tonsillitis. [Photo © Levi Garber] 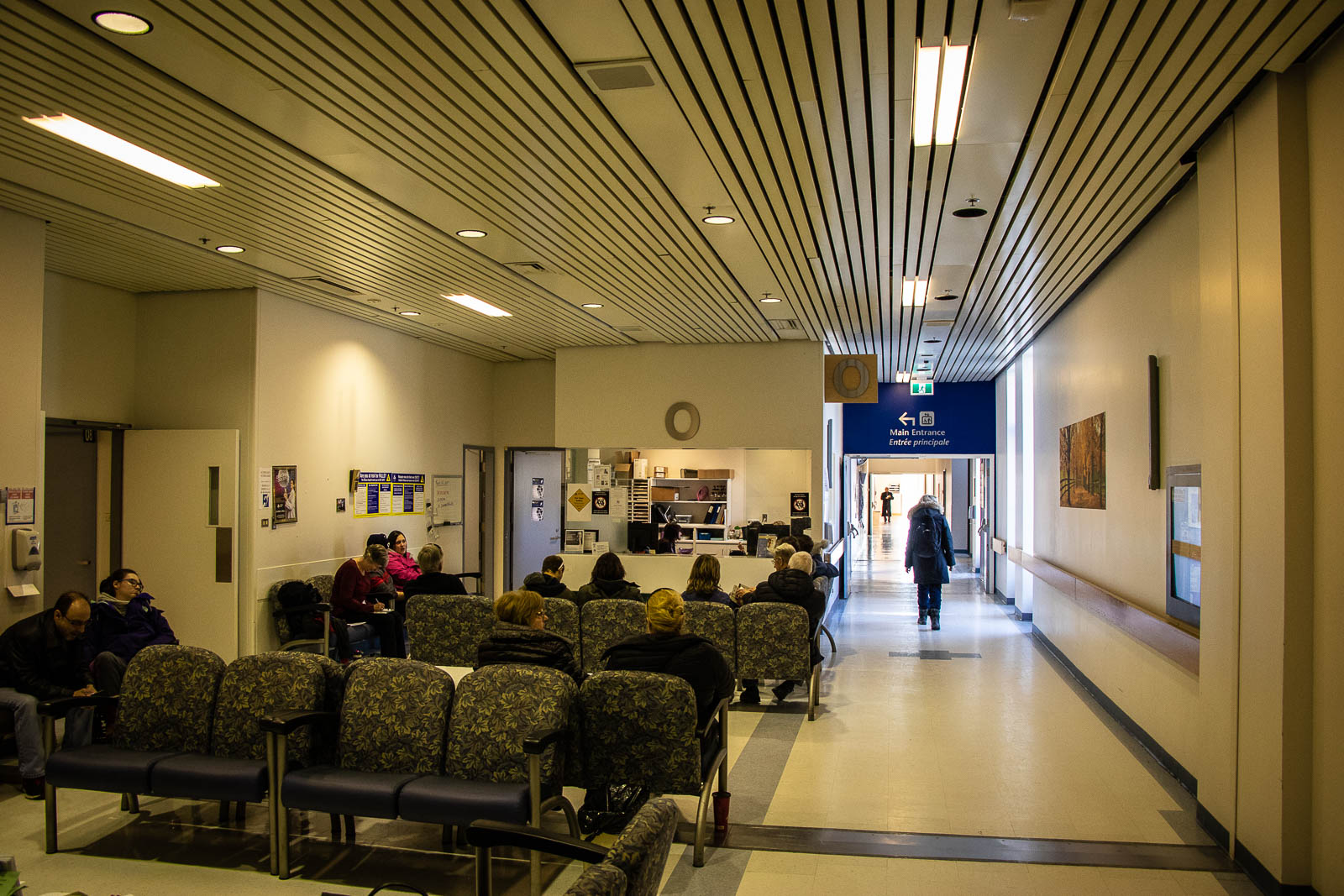 The otolaryngology department, otherwise known as the ear, nose and throat ward, is where patients at the Ottawa Civic Hospital seek treatment for Strep Throat. [Photo © Levi Garber]

In the past, a potential vaccine target for strep throat had been the Streptococcus bacteria itself. Now researchers can use the strep toxin SpeA to train the immune system how to fight the pathogen. Dr. Crotty believes this strategy has a chance at success.

By designing a vaccine based on the common toxic weapon carried by all these bacteria – the protein SpeA – instead of the surface features of a particular strep strain, the immune system could learn to kill a variety of strep strains.

“There are a hundred different strains of Group A strep that can infect people because their surfaces all look a little bit different, like they’re wearing different coloured clothes essentially,” Crotty said.

Crotty added that, like the common cold virus, there’s no way to tell what strains of strep might spread across a certain area in any given year.

“Essentially you’re ignoring whether different strains have different surfaces—[that is] if they’re showing up with different clothes on,” he said.

Despite having identified a strep vaccine target, Crotty said it’s not necessarily smooth sailing from here. Vaccine development can take up to 10 or 20 years, and requires rigorous research and expensive clinical trials, he added.

Dr. Jodi Jones, an ears nose and throat doctor at the Health Sciences Centre in Winnipeg, said that although the idea of a strep vaccine is promising, it’s still too far in the future to plan for now.

“I perform around 130 tonsillectomies a year,” said Dr. Jones. “A vaccine would definitely be helpful for both patients and doctors.”

But children who’ve experienced strep like Mayenburg may have a long ways to wait before a vaccine is available.

For Mayenburg, a vaccine that could help children avoid the months and years of the physical pain and mental anguish associated with recurrent tonsillitis is worth the wait.

“I think it would be really cool if they could because there are a lot of kids that have it through their whole life,” she said.

“It can affect your quality of life as a kid to be sick all the time.”