Tucked away in a laboratory at Carleton University, biology professor Alex Wong, is seeking to answer an important question: how are genetics affecting the rise of antibiotic resistant bacteria?

Wong’s current test-subject is antibiotic resistant E. coli, a strain of the bacteria that can’t be killed by antibiotic drugs.  Certain strains of E. coli or Escherichia coli can be potentially fatal if contracted, and is one of the many examples of a type of bacteria that has mutated so that it can no longer be killed by common antimicrobials.

Granted $600,000 from the Canadian Institute for Health Research, Wong’s work is part of a four-year multi-national research initiative that is studying how evolutionary theory can be used to predict the fitness of antibiotic resistant organisms in varying environments.

Antibiotics are one of modern medicine’s most precious resources and are used in everything from surgeries to treating common infections. But, what happens when antibiotics don’t work?  The adaptation of bacteria to no longer be susceptible to drugs is a growing concern that threatens to disrupt modern medical practice.

“It’s a huge public health issue.  If we lose important antibiotics or if antibiotics stop being useful, then we can’t treat infections,” said Wong. 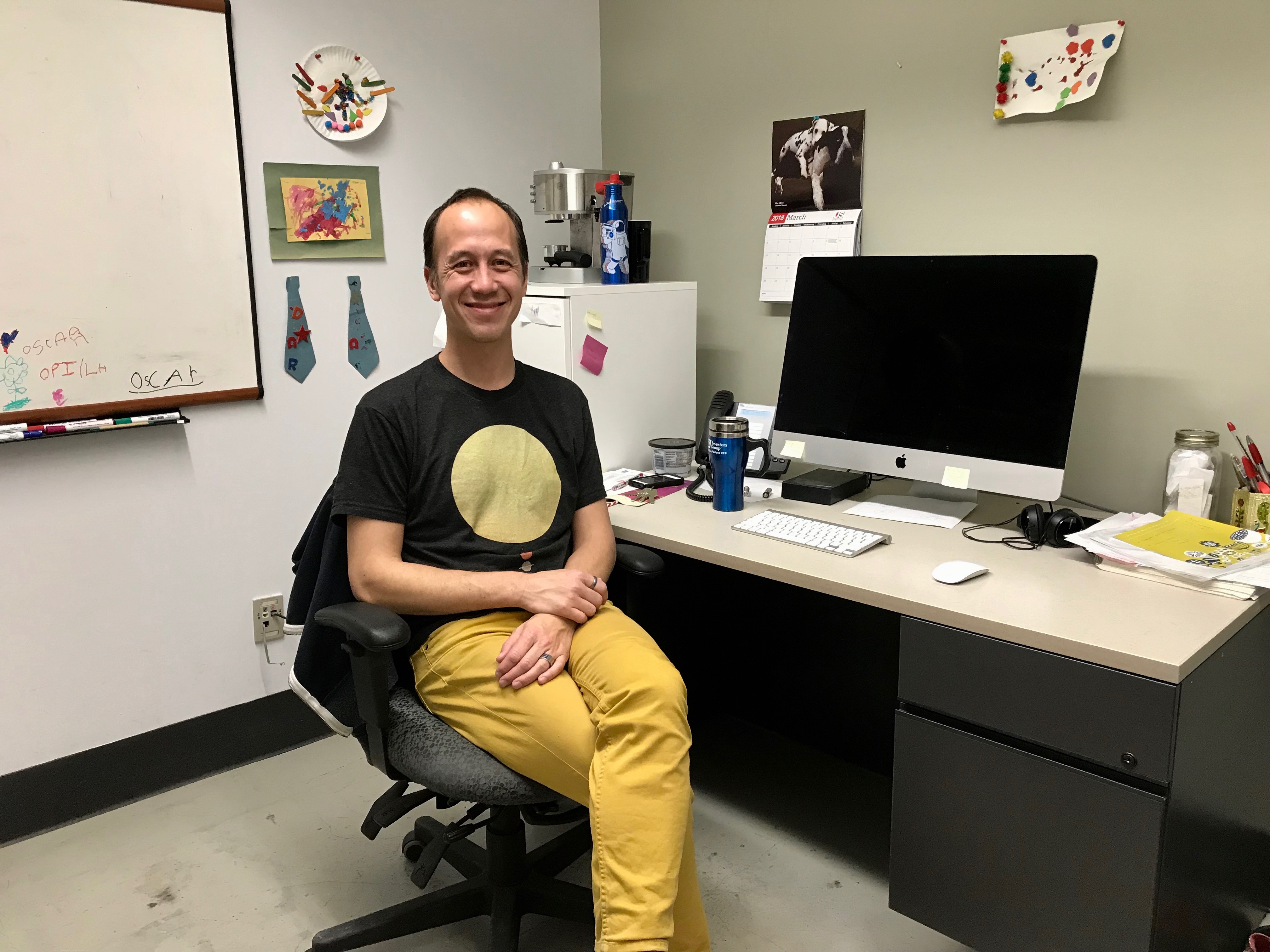 Alex Wong, Associate Professor with the Department of Biology at Carleton University

What is Antimicrobial Resistance?

Antimicrobial resistance or AMR is the “ability of a microorganism (like bacteria, viruses, and some parasites) to stop an antimicrobial (such as antibiotics, antivirals and antimalarials) from working against it,” according to the World Health Organization.

Wong’s side of research is specifically working to find out if certain genetic backgrounds are more suitable for resistance mutations and therefore are more likely to be found in strains of antibiotic resistant bacteria.  Evolution overlaps with the concept of antibiotic resistance because organisms slowly adapt over time and develop mutations to aid in their survival, in this case to prevent being killed off by antibiotics.

In collaboration with partners from the University of Ottawa, Denmark, and Portugal, Wong’s work is one part of a growing tide of Canadian policy and research that has been dedicated to solving the growing global health threat of antibiotic resistance.

A new report released by the World Health Organization, shows “high levels” of antibiotic resistant bacteria are present worldwide, raising concerns that common yet potentially dangerous infections are increasingly becoming drug resistant.  The data in question is the first to be released from the WHO’s Global Antimicrobial Resistance Surveillance System (GLASS), an initiative launched in 2015 to track and combat worldwide antimicrobial resistance.

Enrolled in the program since November 2016, Canada has been one of the most proactive participants in the program, being one of only 22 countries to supply surveillance data to GLASS. 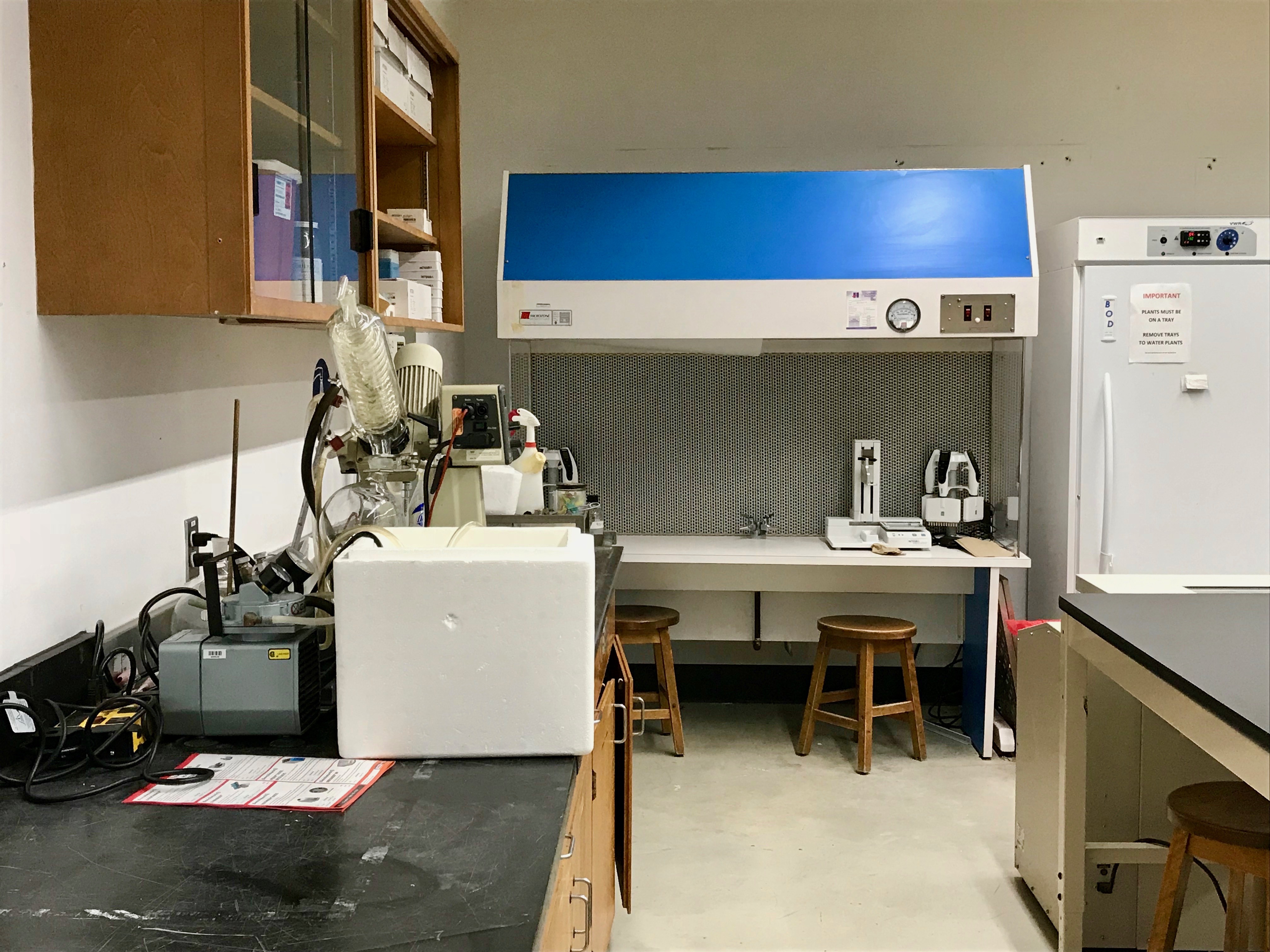 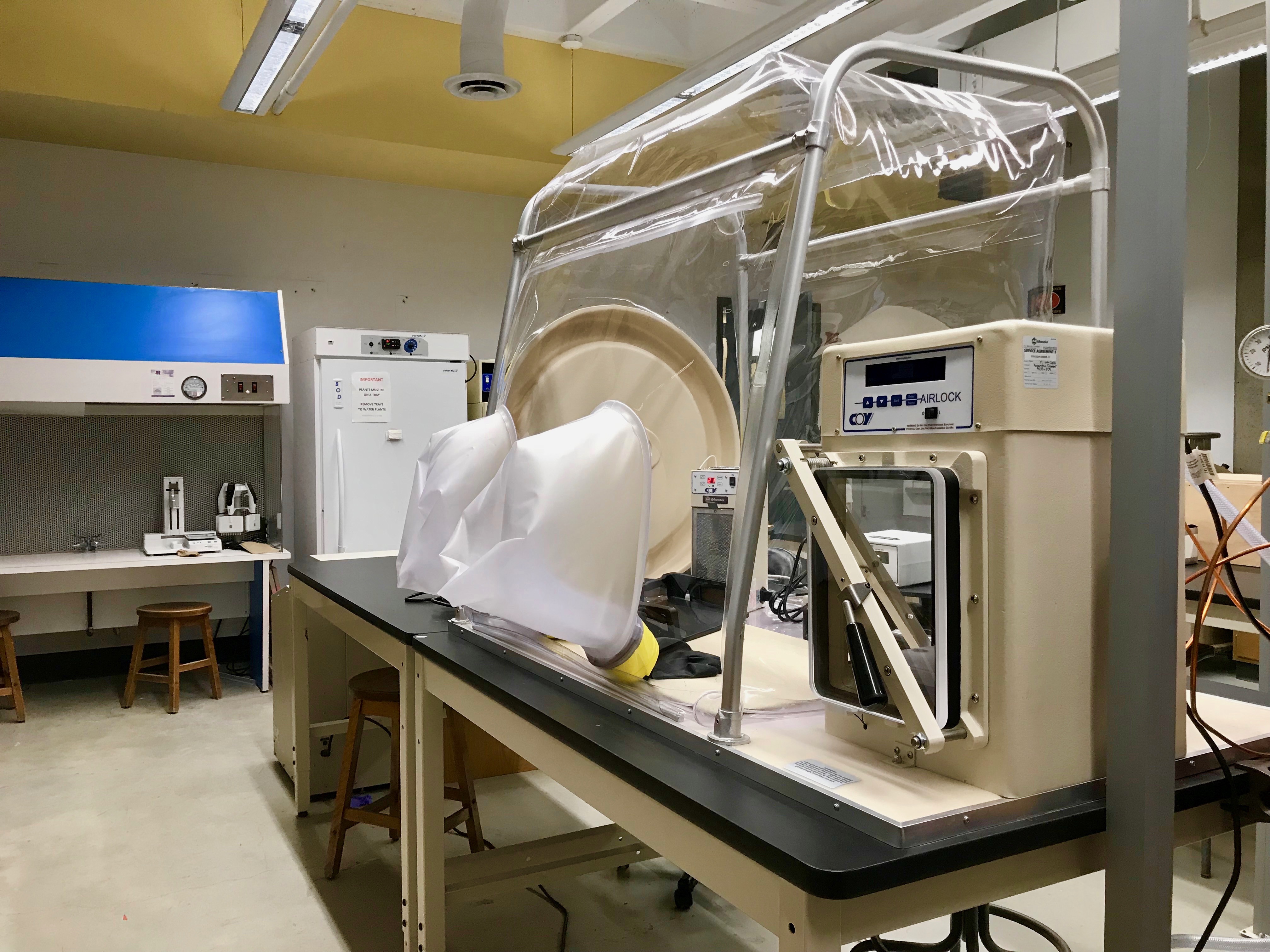 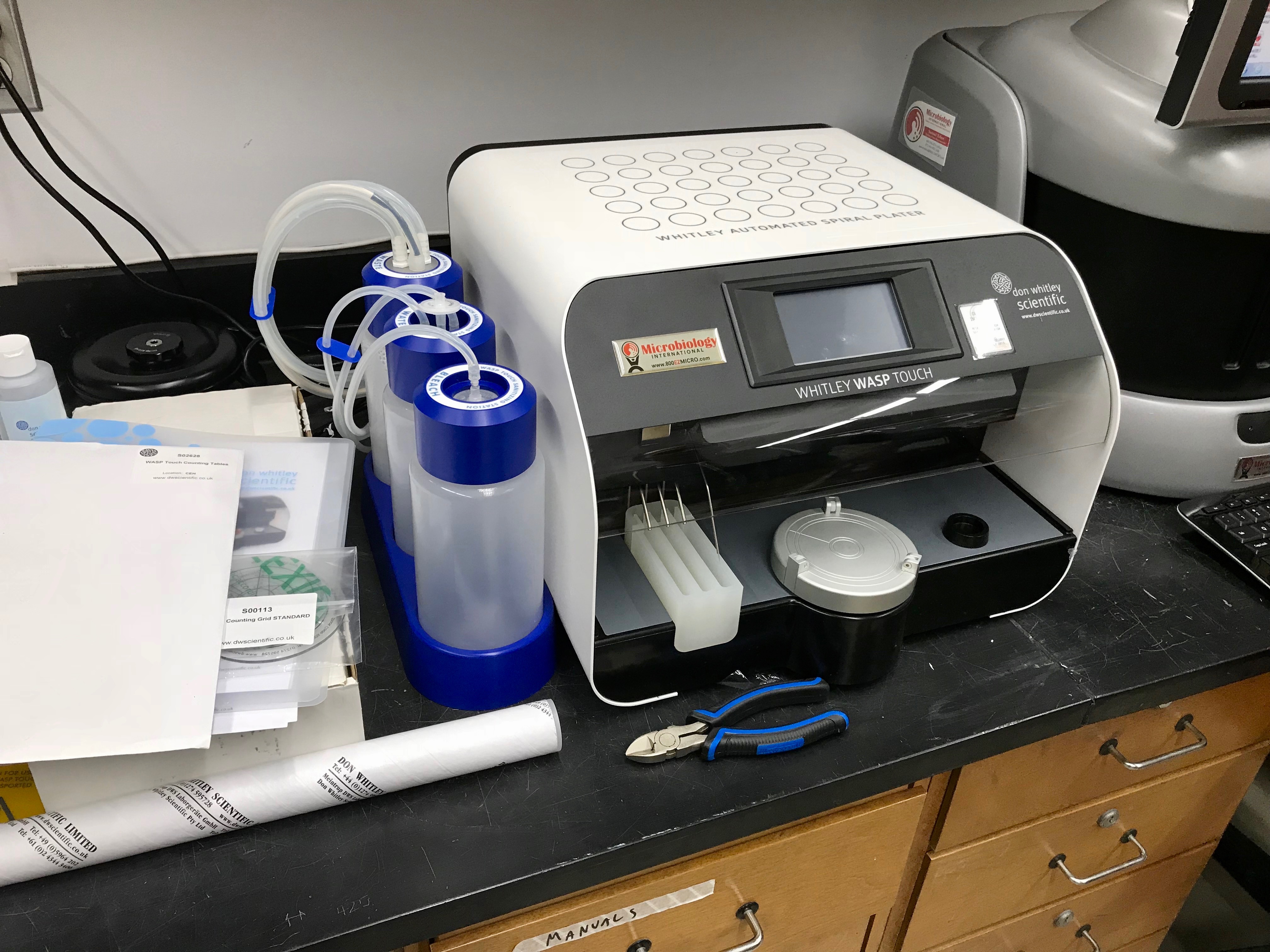 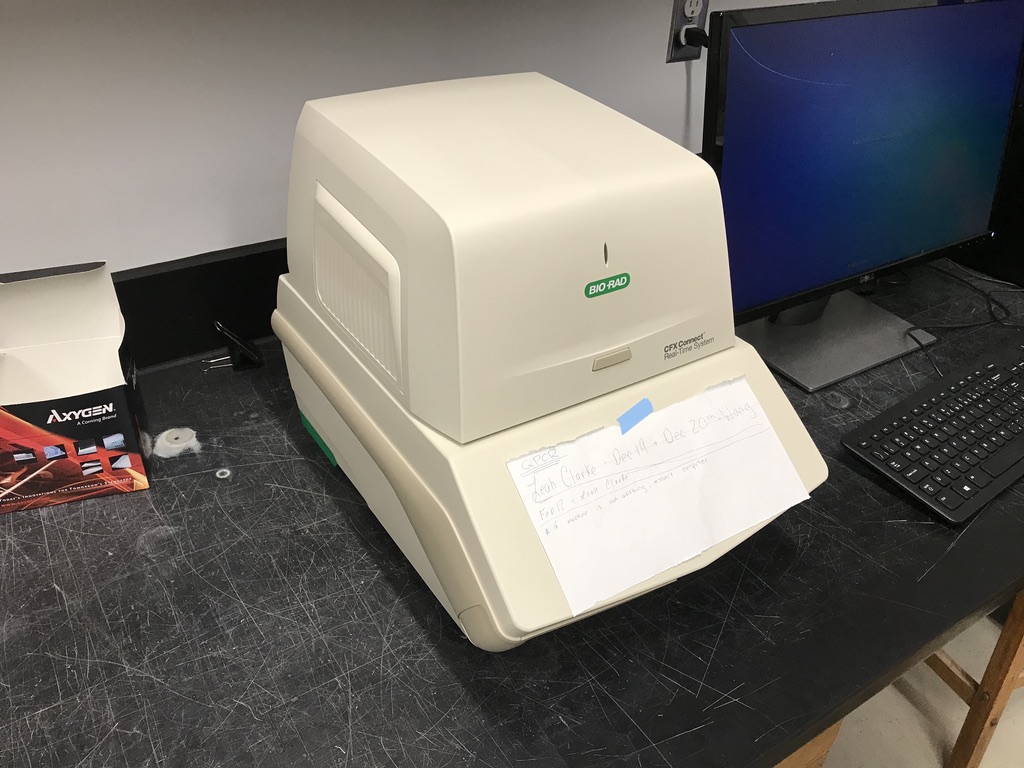 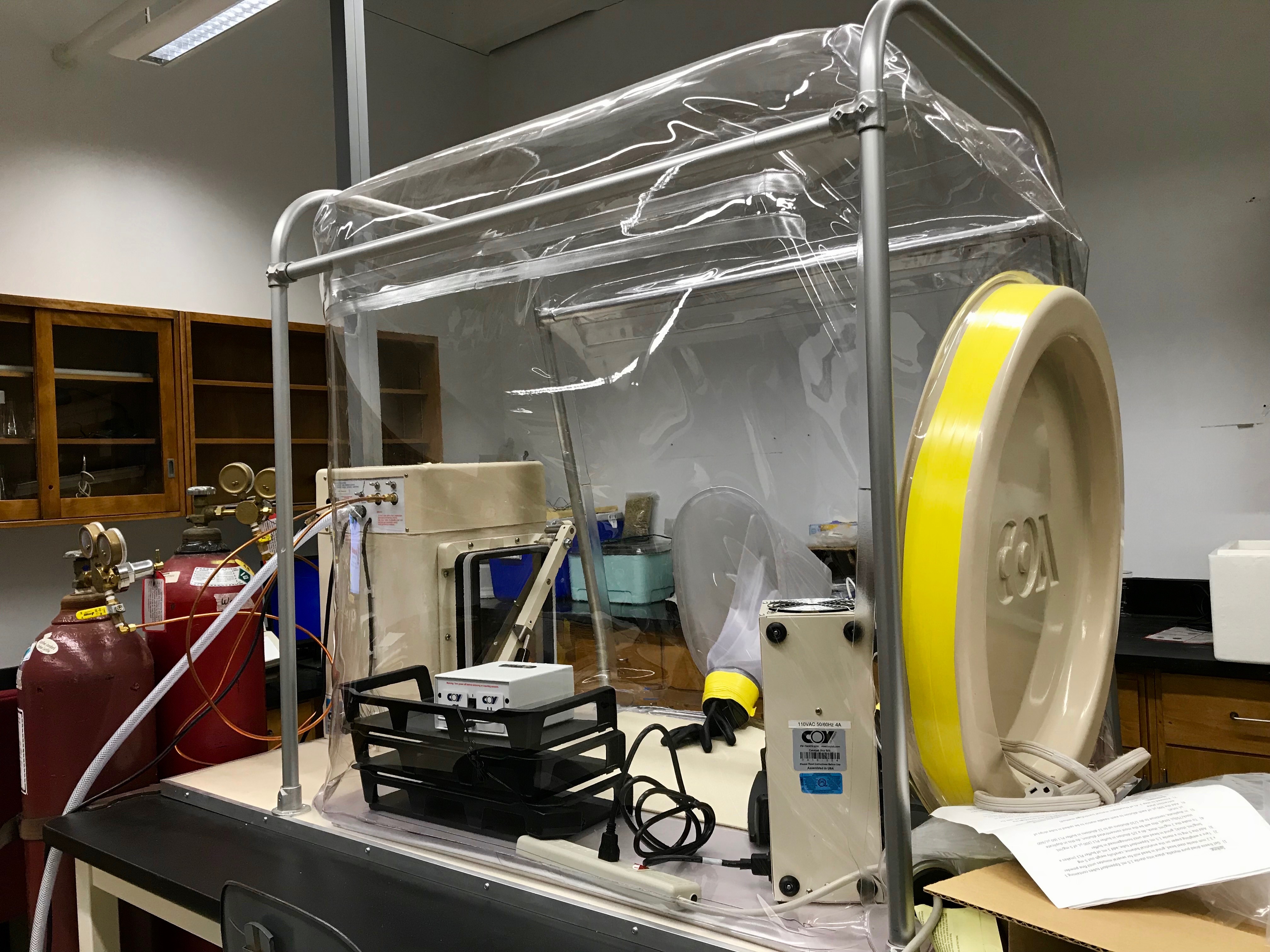 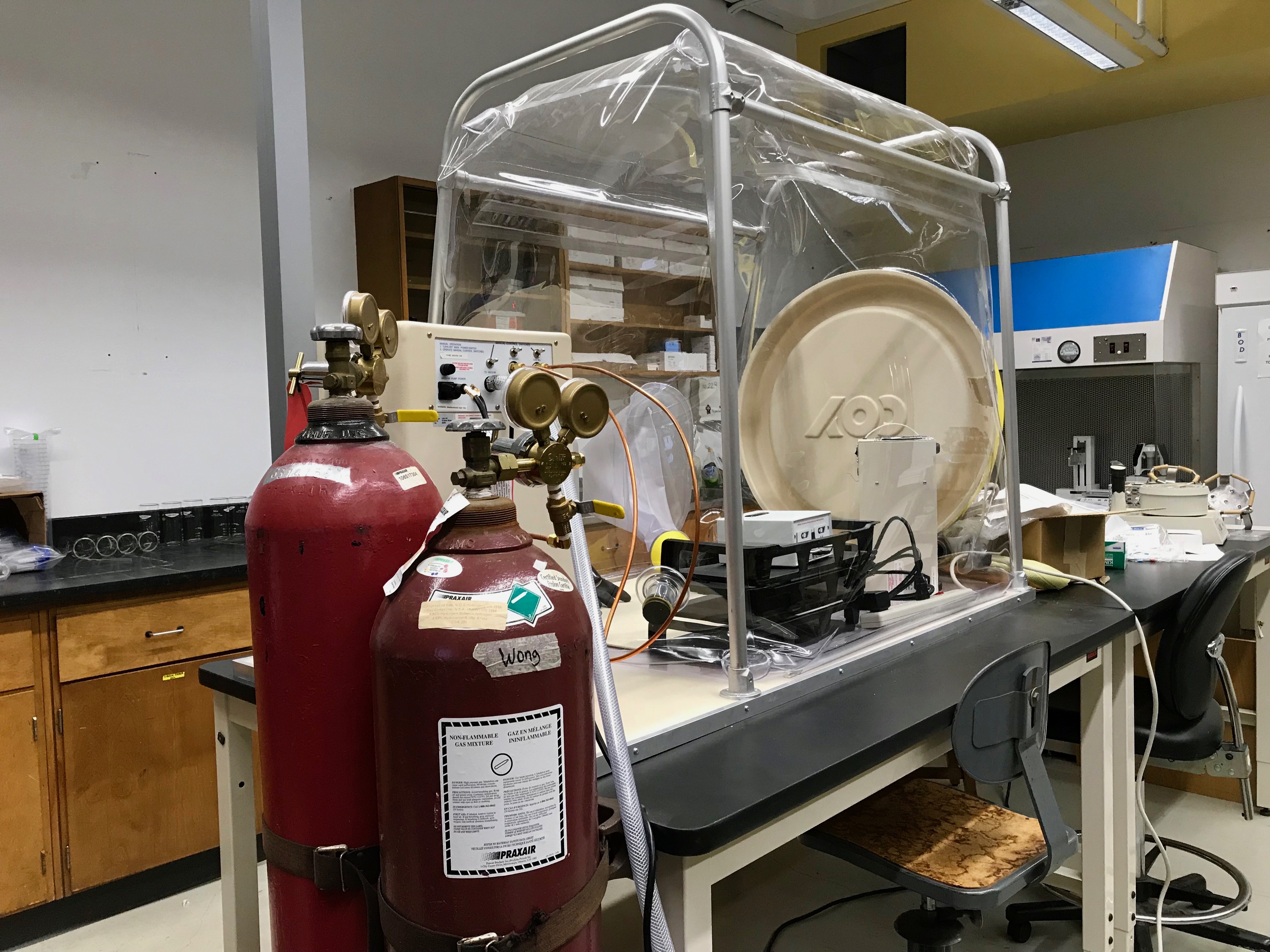 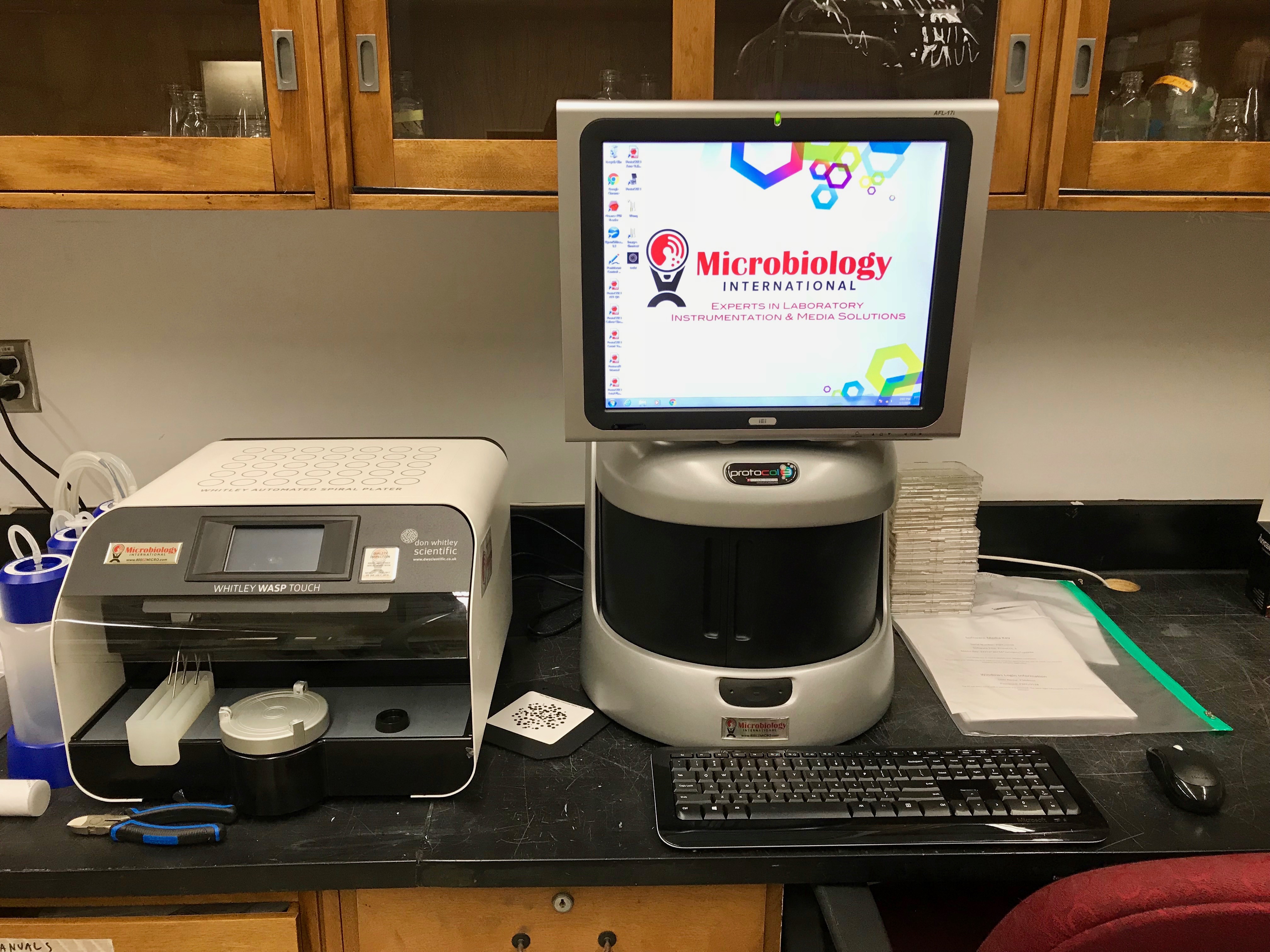 According to Wong, while AMR has been a recognized problem since the discovery of penicillin in the 1920s, policy development on the issue has been slow, and only in the past few years has AMR been prioritized by the Canadian government.

“Through the 2000s and up until 2010, many resistant pathogens really increased in frequency,” said Wong.

Though national monitoring programs did exist in that period, Wong said their implementation was “spotty.”  With growing global attention placed on the issue, AMR surveillance and policy development in Canada has received significant federal attention within the past five years.

In 2015, the Canadian government published the Federal Action Plan on Antimicrobial Resistance and Use in Canada, a document which outlines federal work against AMR until 2019.   Surveillance, stewardship and innovation are all named as key focus areas in the framework for action.

While Wong’s work is focused on experimentation and research, equal efforts are being placed on the surveillance side of the issue, particularly in developing programs that better monitor the frequency of AMR organisms in Canada.

Michael Mulvey is the chief of Antimicrobial Resistance and Nosocomial Infections at the Public Health Agency of Canada.  Mulvey’s work at the National Microbiology Laboratory in Winnipeg encompasses identifying types of antibiotic resistant organisms, infection control, and federal surveillance programs.

“So how big of a problem is it in Canada? Where is the problem? Is it in our communities, is it in our hospitals, are we seeing it in sewage, is it in animals?’” said Mulvey.

Through the Canadian Nosocomial Infection Surveillance Program, Mulvey’s team provides laboratory support for over 60 hospitals across Canada that are used to monitor for a select number of antibiotic resistant organisms.  After data is collected, it is used to produce an annual surveillance system report.

“We understand how many antibiotics are being used in the hospitals, and we combine that with our antibiotic resistance data for the bacteria that we’re collecting, to see if this usage is driving some of the resistance we’re seeing,” said Mulvey.

Tackling why AMR bacteria is spreading at concerning rates is a top priority for both researchers and surveillance experts.

However, despite focused research initiatives, experts say there isn’t a singular solution to slowing the continued evolution of bacteria against antibiotics.  One answer is simply reducing the prescription rates of antibiotics.

“AMR is spreading so quickly because we’re using so many antibiotics. We use a lot in humans and we use a lot in animals,” said Wong.

While health care professionals are aware of the issue, antibiotics are a necessity to common surgeries and treatments, and without them many routine procedures would become much riskier, he added.

Instead of cutting out antibiotics all together, the key lies within only using antibiotics when necessary.

A report released by the Canadian Institute for Health Information in November 2017, shows Canada ranks slightly above the OECD average for total volume of antibiotics prescribed per 1000 persons each day.  The data indicates that Canadians are prescribed approximately 48 per cent more antibiotics than individuals in the Netherlands, which has the lowest prescription rates.

Choosing Wisely Canada is a national advocacy group that campaigns to bring awareness to unnecessary medical tests and treatments, including the overuse of antibiotics.  In summer 2017, CWC launched “Antibiotic Wisely” a national campaign to reduce antibiotic prescriptions through clinical recommendations and patient engagement.

Tai Huynh, the campaign manager for CWC in Toronto, says antibiotic over-prescription isn’t limited to a singular area of medicine, but is spread out across the majority of health fields in Canada.

“We work with a number of specialties, for example cardiology, and we asked them to come up with a top five list of recommendations in their own societies of procedures or treatments that are often overdone,” said Huynh. “As it turns out many of these societies put antibiotics on their list.”

Outside of medical professionals, patients themselves also drive the torrent of antibiotic prescriptions.

According to Huynh, patients have a familiarity with antibiotics and therefore have a tendency to request a prescription when they believe their illness requires one.

“Often times with antibiotics, patients come in with an expectation of receiving something and if we don’t give it to them it feels like a disappointment,” said Huynh.  “There is some pressure, I think, on clinicians to prescribe sometimes because of pressure from patients.”

Huynh said a challenge for CWC is creating effective promotional and educational tools that help foster informed decision making practices for patients and medical professionals.  The organization is active on social media and distributes posters to doctors’ offices which promote messaging that encourages clinicians and patients to have thoughtful conversations on necessary versus unnecessary treatments.

With a grant from Health Canada, CWC will be continuing the “Antibiotic Wisely” campaign in the upcoming years.

“We’ll see what happens over the next few years as the campaign intensifies,” said Huynh.

Policy developers are also faced with the challenge of tackling the issue on agricultural and industrial fronts. Current farming practices, such as using small doses of antibiotics to increase growth in animals, are a key contributor to the problem, said Mulvey.

CIPARS, or the Canadian Integrated Program for Antimicrobial Resistance, uses a “one-health” approach and monitors data from human, agricultural and animal-related sources.  The federally managed program makes connections between antibiotic usage on farms and how a trickle-down effect can translate to human infections.  The program is part of the federal system for antibiotic surveillance and was implemented after recommendations from international bodies, such as the WHO, called for integrated approaches to fighting AMR.

Mulvey added that the interrelated nature of Canada’s surveillance systems are important to making connections between all aspects of the issue and to determine which practices are having the largest impact on increasing resistance levels.

“Beyond Canada this is a global phenomenon, Canada acting on this issue isn’t enough.  It requires a mobilization of many, many countries and that’s why the WHO in its effort on this front to do things at a global scale makes a lot of sense,” said Huynh.

In the future fight against AMR, Canada is relatively well prepared.  The release of the federal action plan and corresponding advocacy and research projects have given Canada a relative head-start compared to other countries, said Huynh.

Elsewhere in the world, successfully challenging AMR is less feasible.

“The problem is bad in Canada, but it’s even worse in developing countries where there isn’t the regulatory framework and the monitoring framework to prevent unnecessary use of antibiotics and to monitor the level of resistance,” said Wong.

For developing countries, building the infrastructure needed to supply data and practice antimicrobial stewardship is difficult.  The GLASS reports notes there are still “significant gaps in surveillance and a lack of global standards for methodology” and as of December 2017, only 50 countries had enrolled in the program.

In Wong’s personal quest to produce valuable AMR research, his work still has a long way to go.

“The goal really is to try and figure out whether we can predict the persistence of resistance in different environments,” said Wong.  “One of the things that has surprised me is how little we know.”