The room is fairly large. A shower in the corner, a small white chair, and a white pod the size of a double bed with its lid open and a dim blue light illuminating the water I’ll be spending the next hour floating in.

Each pod is filled with 1,000 litres of water and 1,200 pounds of Epsom salts. While the outside world trudges along, you may as well be in space, which doesn’t feel entirely impossible when you’re floating in a zero gravity pod that looks like something directly out of a sci-fi film.

I step into the pod, fumble for the handle and slowly encase myself. It’s difficult to discern where my body ends and the water begins. Both the water and the air above it are kept at human body temperature.

As I reach for the button to turn off the blue light and the ambient background noise fades out entirely, I can’t help but wonder how I’ll handle total sensory deprivation. Will my anxiety take over? Will I feel trapped? Where will my mind go?

This internal chatter is a normal part of the process for people getting into floating, according to Jason Grant, the co-owner of ISO Spa in Ottawa.

“The first 15 minutes are a big adjustment because we’re not used to being in our own headspace.” he says.

The mind can race, but Jason suggests that people let those thoughts come in and out naturally, rather than fighting them.

I can feel my heart racing. Breathe. Just breathe. And suddenly, everything is black. There is no sound. There is no light. I put my hand in front of my face and I see nothing. It’s just me, the water and my thoughts. 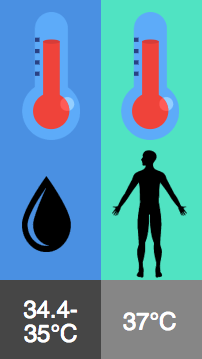 Flotation — or sensory deprivation, as the practice was first known — was developed by John C. Lilly, a physician and psychologist who built the first isolation tank in the 1950s while working for the US National Institute of Mental Health. Lilly’s goal was to isolate subjects’ brains from external stimuli. Claims about the affects and potential benefits of this have met with skepticism ever since, aided by Lilly’s eccentric history as a researcher who also experimented with LSD and human-dolphin communication.

Nevertheless, Lilly’s invention generated public interest along with a market for flotation centres that peaked in the 1980s, when fears arising from the AIDS epidemic reportedly led to a lull in the industry.

Now, after a 20-year hiatus, the experience is growing in popularity again. Adherents of flotation say it offers an escape for the stresses of every day life and allows them to enter into a state of deep relaxation. What the science says is much less clear.

The number of spas and centres with float tanks has surged in North America. According to a 2016 Float Industry Report conducted by Float Tank Solutions, 149 float centres have opened in both Canada and the U.S since 2011. The report also indicates that 247 new centres hope to offer services this year.

While in Canada, many float centres have opened their doors, or rather lids, in more densely populated cities, there are tanks in some unlikely places across the country.

Ottawa once had four floatation spas with sensory deprivation tanks, but by 1996 they had all closed. For nearly two decades, Ottawa was tank-free.

Jason, an avid floater himself who floats twice a week, at times for two hours on a Saturday, used to go to Chelsea to float in the pools at Spa Nordik. This was far from a sensory deprived float as bathing-suit clad people would chatter and clamour in and out of the pools as the spot became a popular spa destination.

In an ideal float, the goal is to reduce all external stimuli, such as a blinking or beeping phone, people demanding time and attention, work, and all those things we feel we must constantly stay on top of.

Once all external stimuli are cut off, the floater can simply sprawl out and let the salt-saturated water take over. The heavily salted water creates an environment similar to the Dead Sea and allows for buoyancy that feels like being suspended in space. In fact, pushing against the water and trying to submerge yourself feels akin to pushing against gravity. 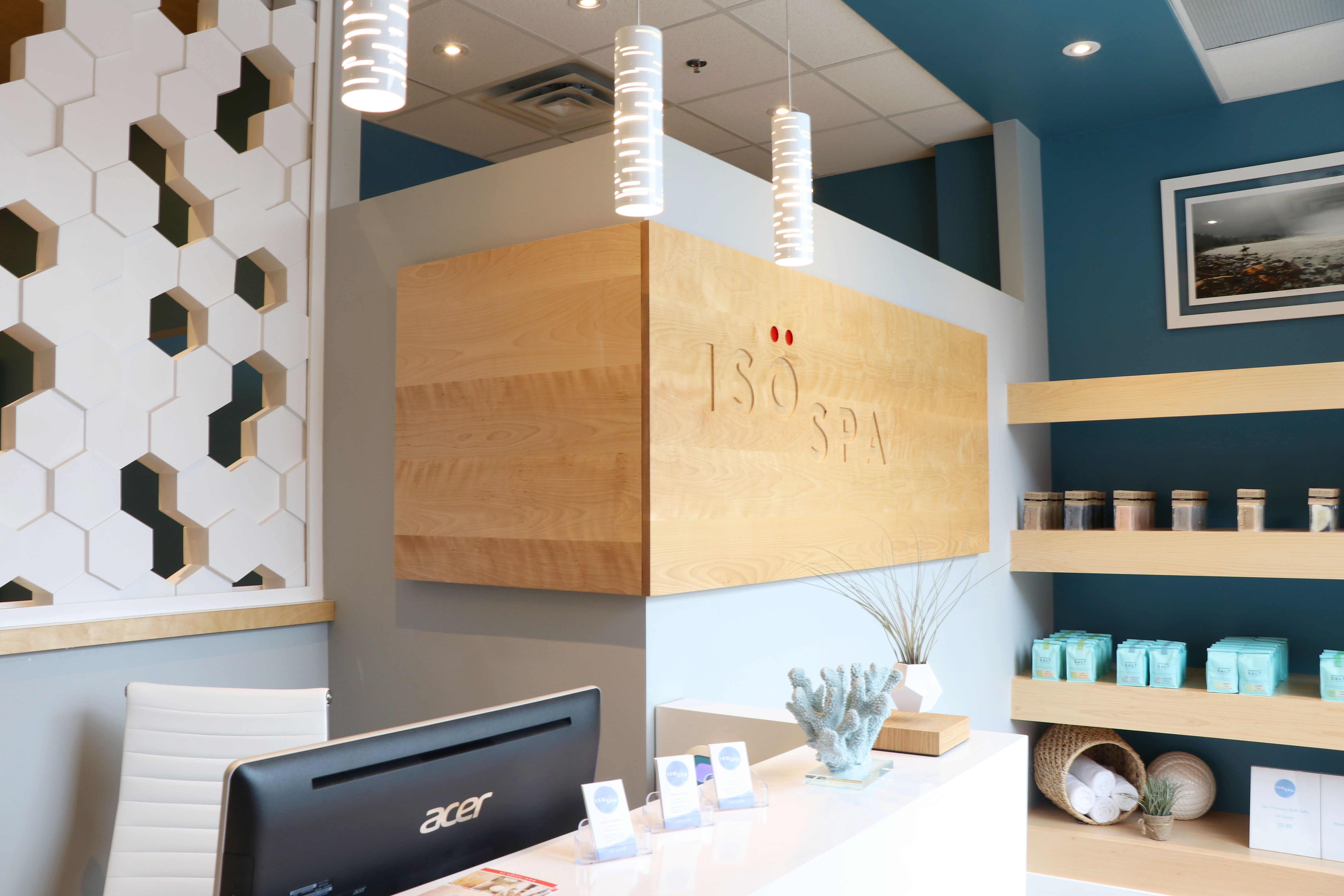 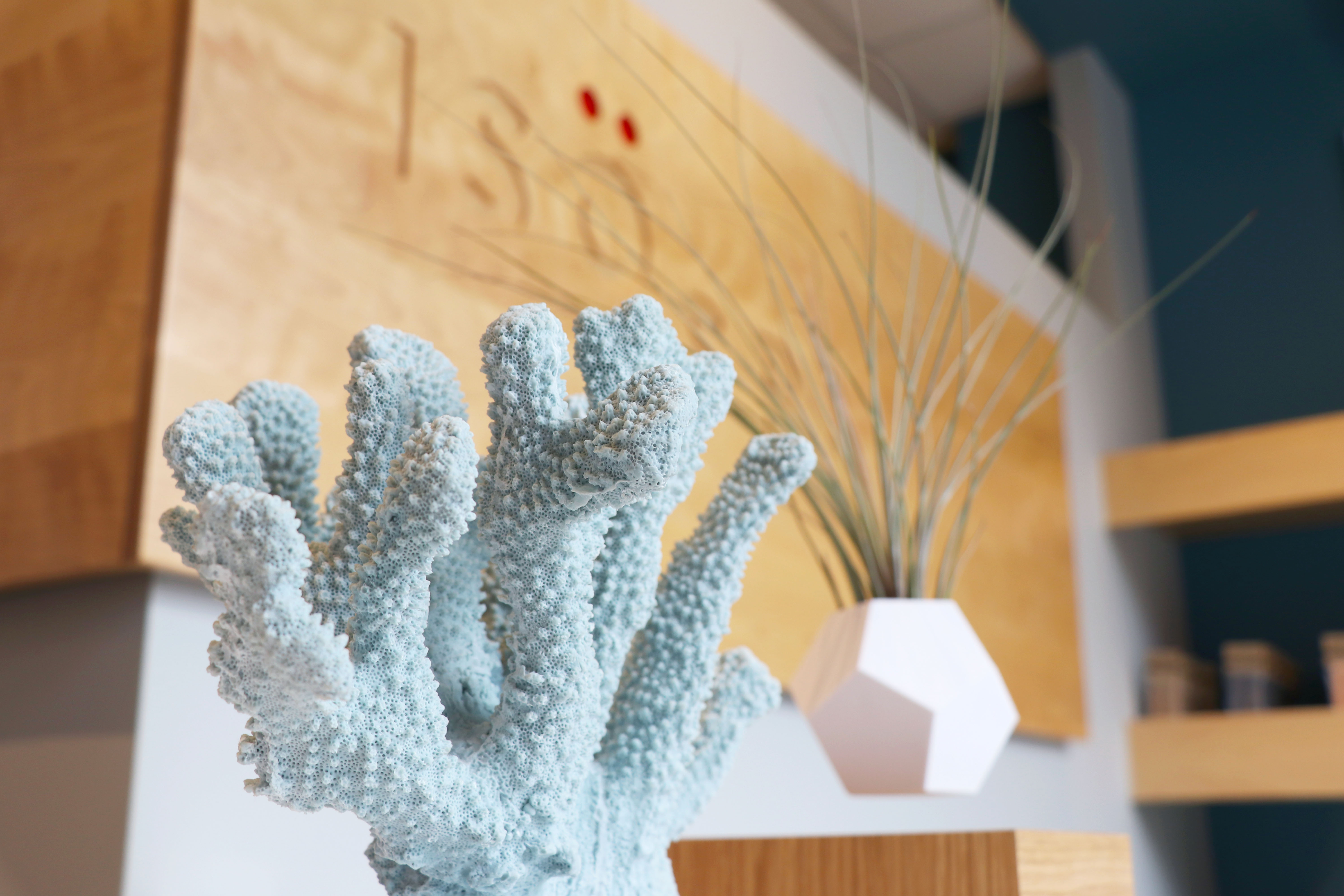 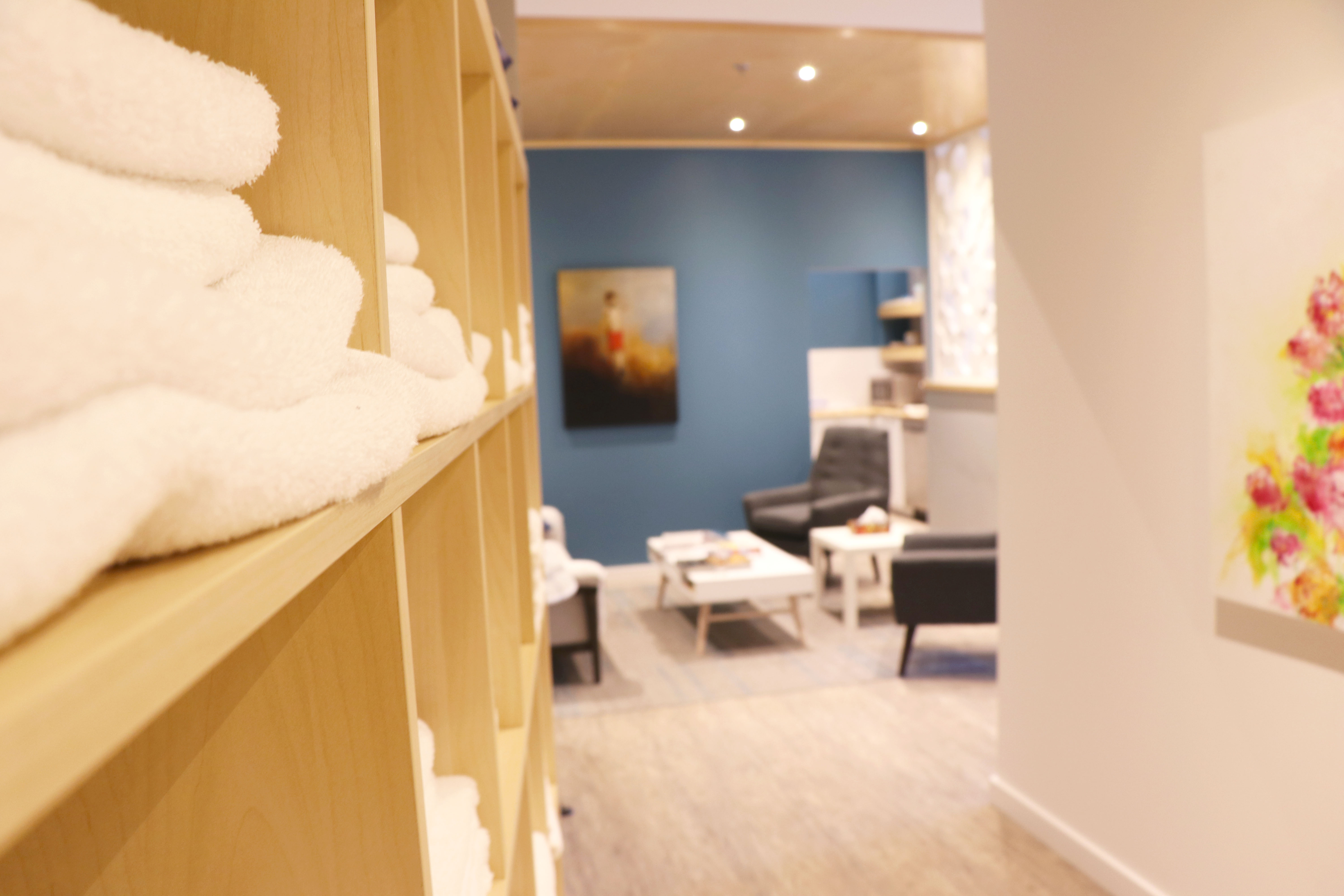 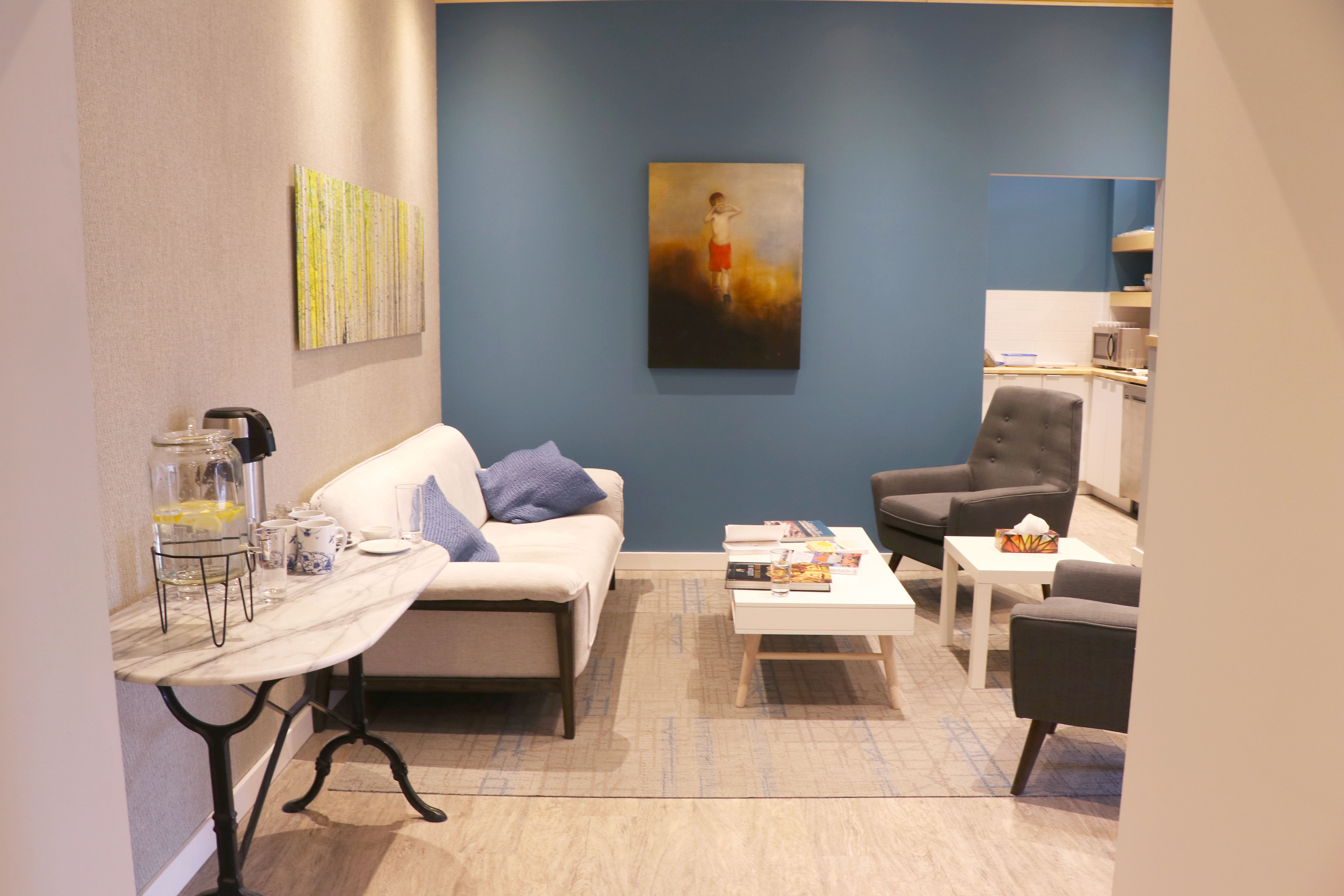 The high-volume of Epsom salts supposedly does more than just allow for suspension and remind you not to open your mouth in the pod. There are claims that Epson salt, or magnesium sulfate, absorbs through the skin with submersion leading to magnesium saturation.

Magnesium helps regulate the activity of more than 300 enzymes in the body and not having enough can lead to significant health concerns. This chemical acts as a precursor for serotonin, a neurotransmitter that is very frequently connected with anxiety disorders as anti-anxiety medications often rely on altering serotonin levels in their treatment of the disorder.

Despite these claims, there is a lack of peer-reviewed research supporting that topical application or submersion of magnesium increases body magnesium levels. In the right conditions, skin absorption is possible depending on the heat of the water and with high salt concentrations. A study conducted by the University of Birmingham observed 19 volunteer subjects as they took baths for 12 minutes (temperatures 50-55°C) with varying amounts of magnesium sulfate.

Who can benefit from flotating?

Beyond simple buoyancy and the illusion of experiencing a sensation like zero gravity, the medical benefits are increasingly garnering attention in the treatment or mitigation of chronic pain, insomnia, and enhancing athletic performance. Results show that floaters, as compared to non-float control groups, benefit from sessions and report feeling happier, less anxious, and decreased levels of perceived pain.

However, according to a 2005 meta-analysis that examined 27 studies looking at floating as a stress-management tool, there was no study conducted with a follow-up weeks or months after the last session. This suggests that a couple floats here and there may not lead to long-term stress reduction.

“The key thing is, whatever you choose to do, is to do it as regularly as possible,” says CAMH psychologist Dr. Vivien Lee.

Whether the benefits truly stand up to scrutiny the practice is catching on. This year’s SuperBowl champions, The New England Patriots, became float proponents in 2014. They now have two tanks at their Gillette Stadium facilities. Quarterback Tom Brady even has a tank in his home.

A study published in the journal BMC Complementary and Alternative Medicine, found a correlation between sensory deprivation and the relaxation response method (RR), which significantly reduces stress as well as the build-up of stress and unease that feeds an anxious mind.

While anxiety is often associated with the “fight-or-flight” response, RR works to combat that physiological response. In this deep state of relaxation, the parasympathetic nervous system is triggered, which is the portion of the nervous system that signals calming physiological changes to the body, such as lowering a thumping heart rate and rising blood pressure as well as slowing down exhaustive breathing.

The study observed 65 participants, 14 men and 51 women, who were randomly assigned either to a float group or a control group and treated with flotation therapy during a 7-week period with 12 sessions at 45 minutes each. Participants were assessed using several measurements such as anxiety, stress and energy before and after treatment. The findings indicated a significant decrease in stress and anxiety.

Research from a group of psychologists at the Medical College of Ohio has shown that hormones directly associated with the stress response, such as cortisol, decreased during float sessions and has been observed to maintain the effect after repeated sessions.

For someone with chronic Generalized Anxiety Disorder (GAD), the journey to managing the disorder is often a long and convoluted path. Rather than being brought directly from Point A to Point B – where Point A is the fog of anxiety and Point B is blissful anxiety-free existence – the path requires much more personalization and experimentation. 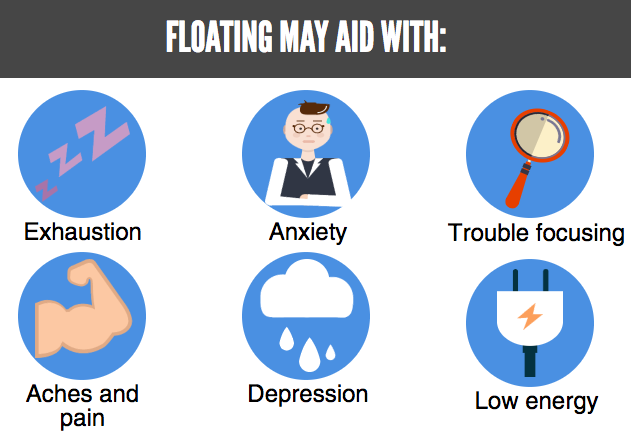 One of the most common and effective protocols for the treatment of anxiety disorders is Cognitive Behavioural Therapy (CBT), a process that Dr. Vivien Lee is familiar with through her work with clients at CAMH as well as testing the theories she learned as a post-graduate on herself.

“CBT is helping people balance out unhelpful thoughts. Thoughts that we all have at times,” she explains.

Despite the proven effectiveness of CBT, Dr. Lee recognizes that a wellness journey isn’t a clear-cut path and encourages her clients to seek fulfillment and relaxation in other ways, but with some guidance.

“I think that can be great supplement to whatever is going on, but it would be really important for someone to have some basic healthy coping strategies of their own, even just deep breathing or remembering to remind themselves that what they’re experiencing is not catastrophic,” she says.

This proceed with caution approach is one that Dr. John Hunsley shares. Dr. Hunsley is a professor at the University of Ottawa who trains students in doctoral clinical psychology to provide treatment for people with anxiety disorders.

“For some people with anxiety disorders, being very calm and very relaxed can actually trigger panic attacks,” he says.

At his flotation spa, Jason has received clients with anxiety disorders through the referral of clinicians and has yet to encounter a client who has needed to prematurely end their float or felt unease while suspended in space.

But, even still, precautions have been made and, before any float, a newcomer is walked through the entire experience from the shower beforehand, to the crashing waves of the ambient noise to ease them in during the first several moments to the blue illuminating light that indicates the last two minutes of their float.

Most importantly, for anyone with an anxious mind, they are shown the call button to press if, at any time, they need assistance.

“You’re always in control of things inside the pod,” Jason says.