As a young boy growing up in Quebec City, Dr. Guy Trudel never dreamed of going to space. The son of a construction worker and teacher, he recalls being too interested in fixing things on Earth to look towards the stars.

“I was very curious and always wanted to know how things worked,” says Trudel. “Whether it was the television, the air conditioning unit, or the toaster; when something in the house broke, I would tear it apart and put it back together.”

Now, Trudel says, that same passion motivates his work as a clinical researcher at the University of Ottawa, where he specializes in musculoskeletal rehabilitation.

“In rehab, you have to take a person who is facing a catastrophic problem and help bring them back to being an active community member in the best physical state possible,” says Trudel.

Throughout his research, Trudel has become invested in understanding the complications that arise from prolonged periods of bed rest during the rehabilitation process. It was this down-to-Earth challenge that eventually led Trudel into an unexpected frontier: space research.

In 2005, Trudel accepted an invitation to join a bed rest study in Toulouse, France, monitoring 24 female subjects in bed for a period of 60 days. The study, called the Women International Space Simulation for Exploration (WISE), happened to be a joint research project between several of the world’s largest space agencies – including the Canadian Space Agency (CSA) – examining the roles of nutrition and physical exercise in countering the prolonged effects of gravitational unloading on female astronauts. 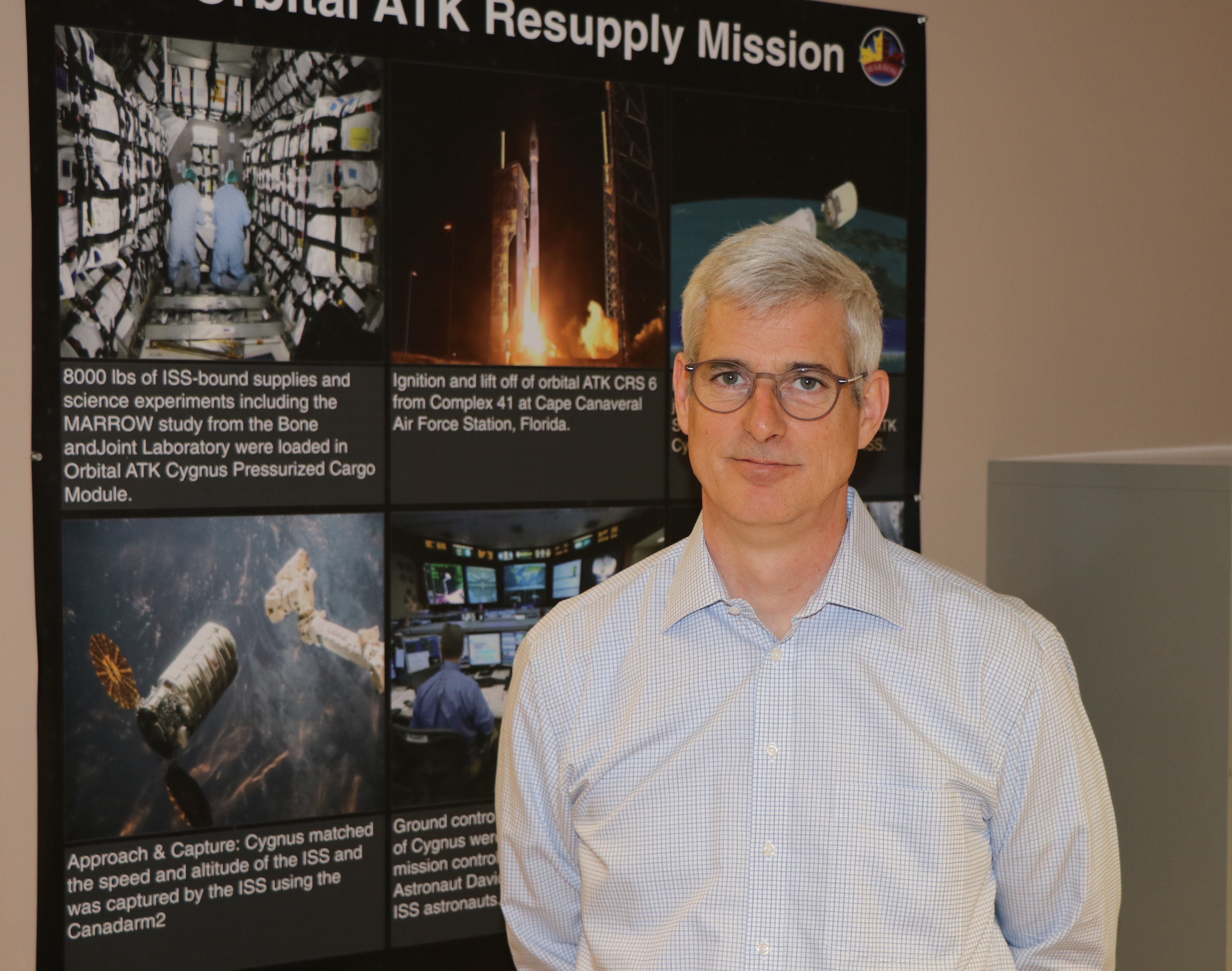 “From that moment on, I became a space researcher,” Trudel recalls.

Although he was initially attracted to the study as an opportunity to further his existing rehabilitation research, Trudel quickly recognized a direct correlation between the experiences of astronauts in zero gravity and his bedridden rehab patients.

“Rehabbing an astronaut coming back from space and a patient in the hospital is a very similar process,” he says. “They have many of the same issues and complications.”

In particular, the impact of microgravity on an astronaut’s body shares close parallels with the conditions experienced by rehabilitation patients after extended periods of bed rest, including anemia and other forms of muscle degradation. The cause of which, Trudel proposed, stemmed from changes in bone marrow during prolonged exposure to low gravity.

Trudel’s novel findings in the WISE study, published in 2009, seemed to confirm this hypothesis: he found that fat cells accumulated faster in bone morrow under conditions of low gravity leading to a slower rate of blood cell production.

Trudel realized that further exploration of these results could provide insight into complications faced by both returning astronauts and rehabilitation patients. However, to achieve this, he would need to conduct a longer study under consistent conditions of true microgravity.

This led Trudel to pitch MARROW, an experimental research project examining bone marrow and blood cell changes in astronauts aboard the International Space Station (ISS), to the Canadian Space Agency.

Approved by the CSA in 2009, the $1.1 million project became the world’s first space-related study of bone marrow.

“When astronauts are in space, they lose muscle mass, they lose bone density, they experience blood changes, the list goes on,” says Trudel. “We hope to see what role bone marrow and blood cells play in this process.”

MARROW’s main aim is to assess the impact of microgravity on bone marrow, which Trudel suspects may provide a deeper insight into the cause of blood cell degradation in astronauts. Based on his WISE study findings, which linked changes in bone marrow during microgravity to the depletion of red and white blood cells, Trudel believes this relationship could hold the key to understanding several unexplained complications faced by astronauts during space travel. 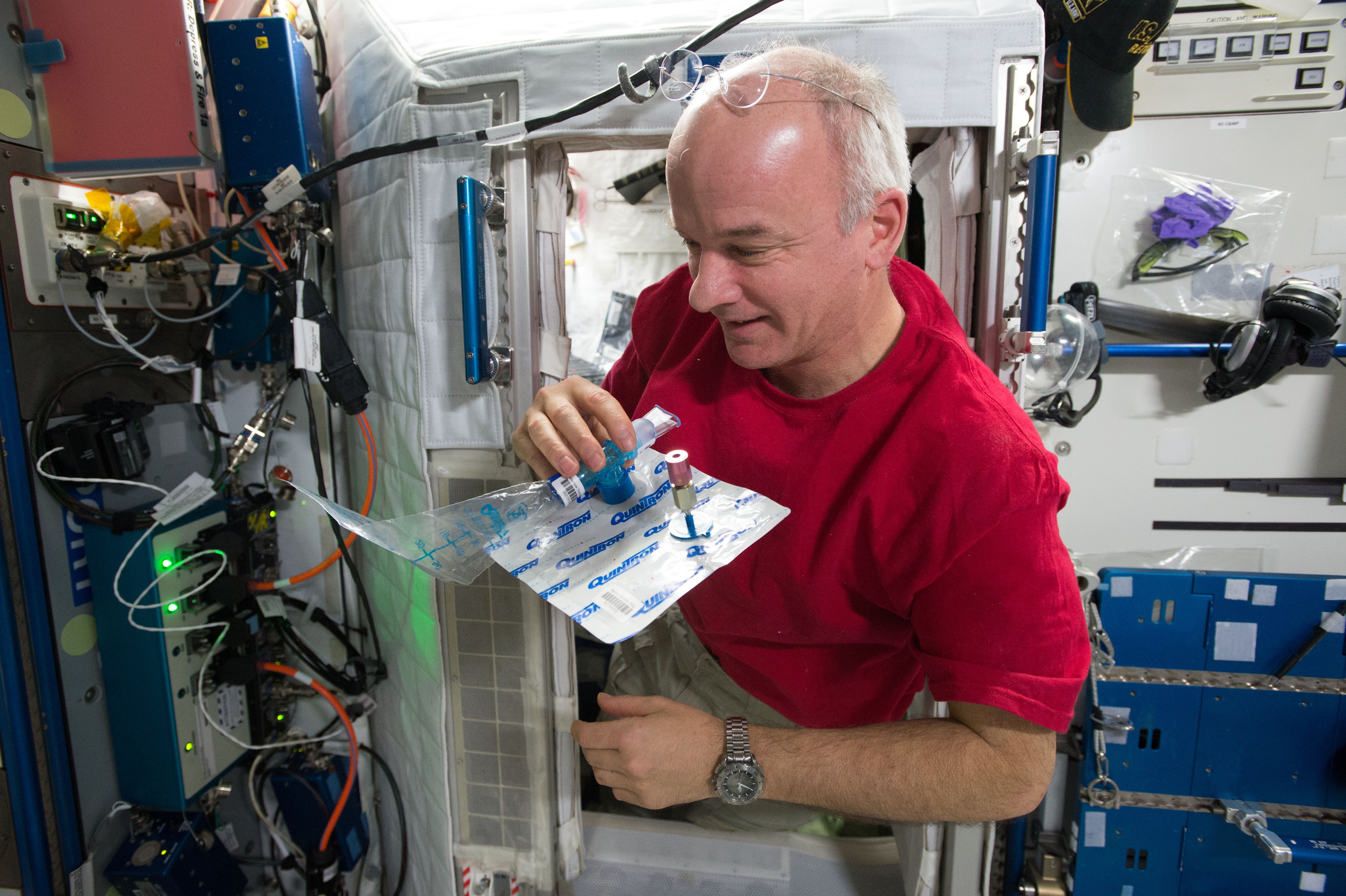 Foremost among them is space flight anemia, which results in the deterioration of an astronaut’s physical state due to a decline in red blood cells.

“Every astronaut naturally becomes anemic in space due to blood cell degradation,” says Trudel. “This project has developed a way to precisely and directly measure the death of red blood cells from Earth in a non-invasive manner.”

The procedure – which took Trudel and his team two years to refine for space – collects red blood cell data through samples of an astronaut’s breath, which are blown directly into specially-designed bags. The samples are then transferred into sealed metal canisters and sent down from space on an unmanned shuttle into the Pacific Ocean, where they are collected and brought to the Johnson Space Centre in Houston, Texas.

“We were like kids in a candy shop,” Backlund recalls. “Just being on the grounds of NASA, meeting the astronauts, and feeling the energy of the Johnson Space Centre propelled us forward and assured us we were in good hands.”

Backlund, who Trudel calls the “backbone of the study”, manages much of the day-to-day proceedings of MARROW, including the organization of supplies on the ISS and the collection and storage of research samples. She joined the project in 2014 through her work with Trudel as a staff physician at the Rehabilitation Centre

“Even years ago, when we were working on the rehabilitation unit, Dr. Trudel was always very passionate about his research,” says Backlund. “Working with him on this project, I can see his passion carry over and the excitement hasn’t waned since day one.

The first MARROW data was collected in October 2015. Since then, eight international astronauts have completed their monitored six-month space expeditions, with the study’s ninth research subject currently on board the ISS.

By June 2020, fourteen astronauts will have contributed data to the study, bringing MARROW’s space testing phase to a close.

MARROW will also continue to collect data on the astronauts for up to one year after their return to Earth to monitor continued changes in their bone marrow and blood cells.

“With our rehabilitation focus, we are extremely interested in how the astronauts recover after their time in space,” Trudel says. “Our aim is to see whether whatever happens is reversible, how fast it can be reversed, and what the mechanisms for recovery will be.”

Perry Johnson-Green, chief scientist of life sciences and ISS utilization at the CSA, says he is eagerly anticipating the impact MARROW’s findings will have on the agency’s approach towards space anemia in the future.

“The study will vastly improve our understanding of the mechanisms of the condition,” says Johnson-Green. “With a greater knowledge of this process, we can begin to design measures to help mitigate and even counter the effects on our astronauts.

By providing insight into space anemia, MARROW’s findings could play a significant role in the CSA’s space program as they begin to approach longer expeditions in the coming years, he says.

“MARROW could help to extend future space flights beyond their current length of five to seven months,” says Johnson-Green.

Despite MARROW’s potential implications for the future of space travel, it is the commonalities between the astronauts on the ISS and his rehabilitation patients on Earth that continues to drive Trudel’s research.

In particular, Trudel says he remains motivated by the possibility that the study’s findings could lead to the development of new treatment methods to mitigate the effects of bed rest during the rehabilitation process.

“I’m a physician for people here on Earth, not an astronaut doctor,” says Trudel. “I’m incredibly pleased to play my part in furthering space research, but in the end, it all comes down to how these findings can be applied to help my rehab patients recover and rebuild.”