A system of diversity

By Robert Williams and Peter Rukavina

Solar panels carpet the rooftops , electric cars hum along city streets and in backyards wind turbines are busy whirring away. But some Canadian cities are already well on the way to turning this imagined future into reality. In the process they are charting a course that other municipalities may soon follow.

As Ottawa struggles to craft its own renewable energy strategy, policy makers can look to the recent commitments of Victoria, Vancouver and Ontario’s Oxford County for clues on how to bring such a strategy to life.

But can any Canadian city run solely on renewable energy? And what would such a transformation look like? 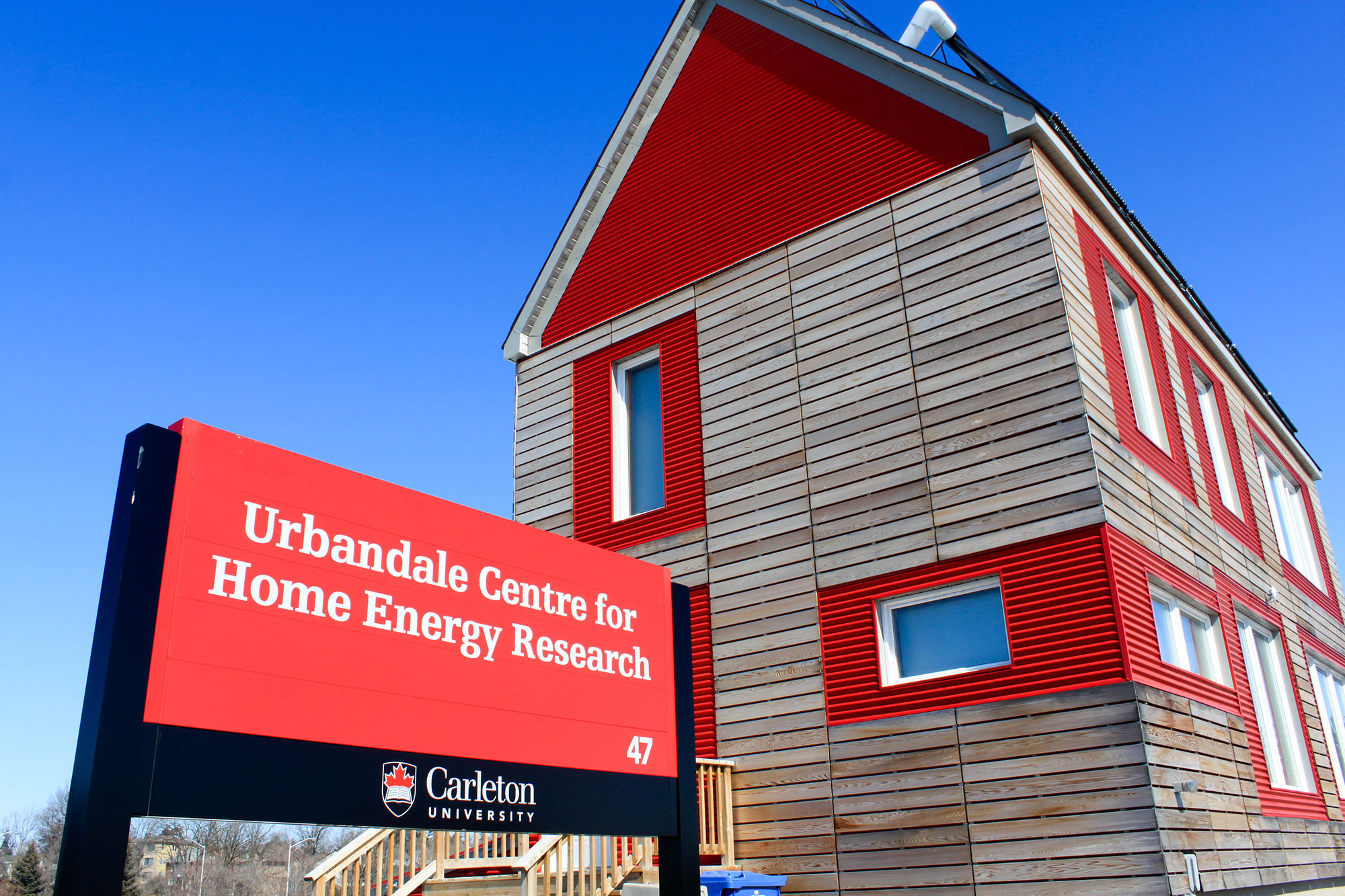 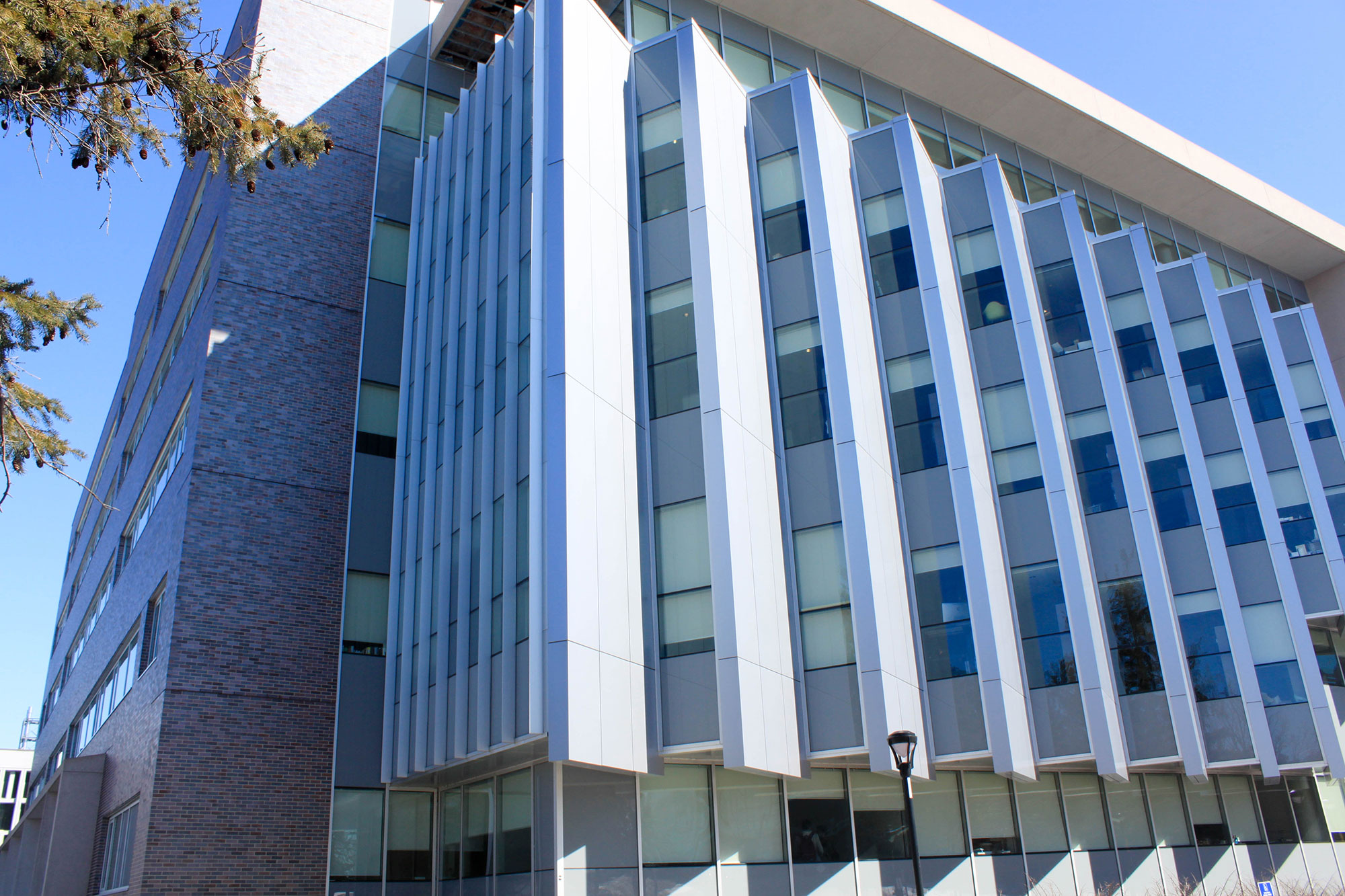 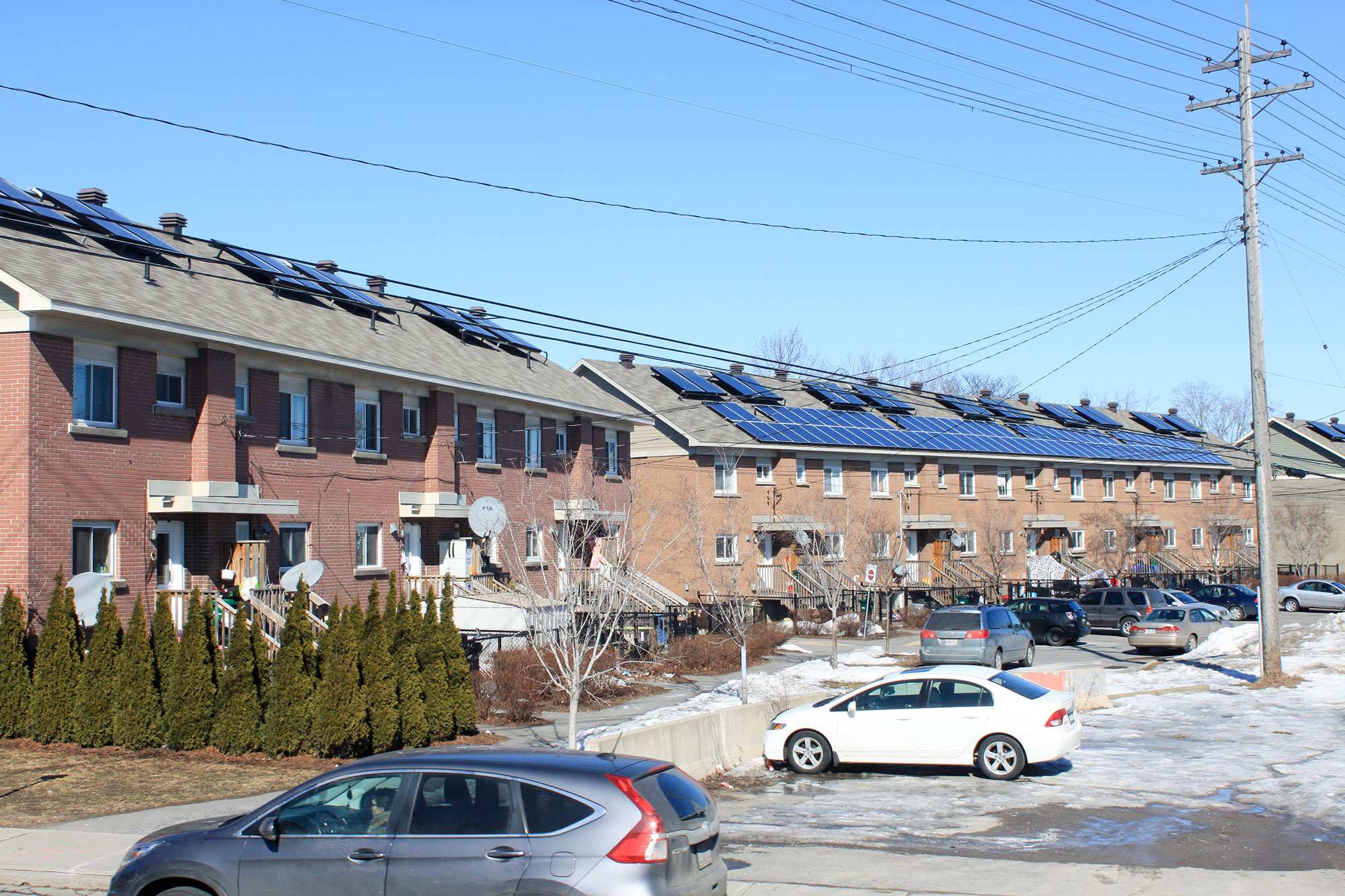 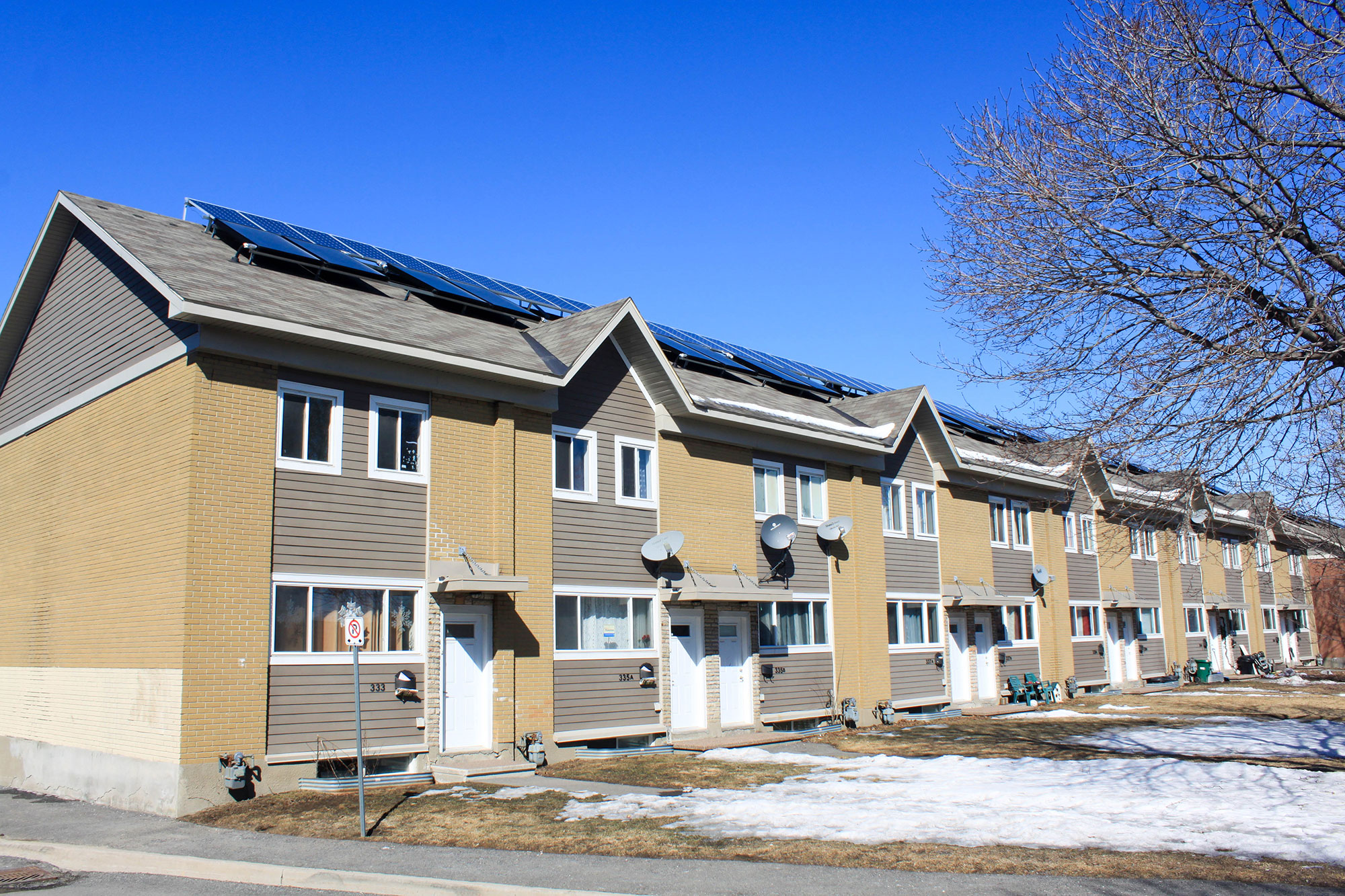 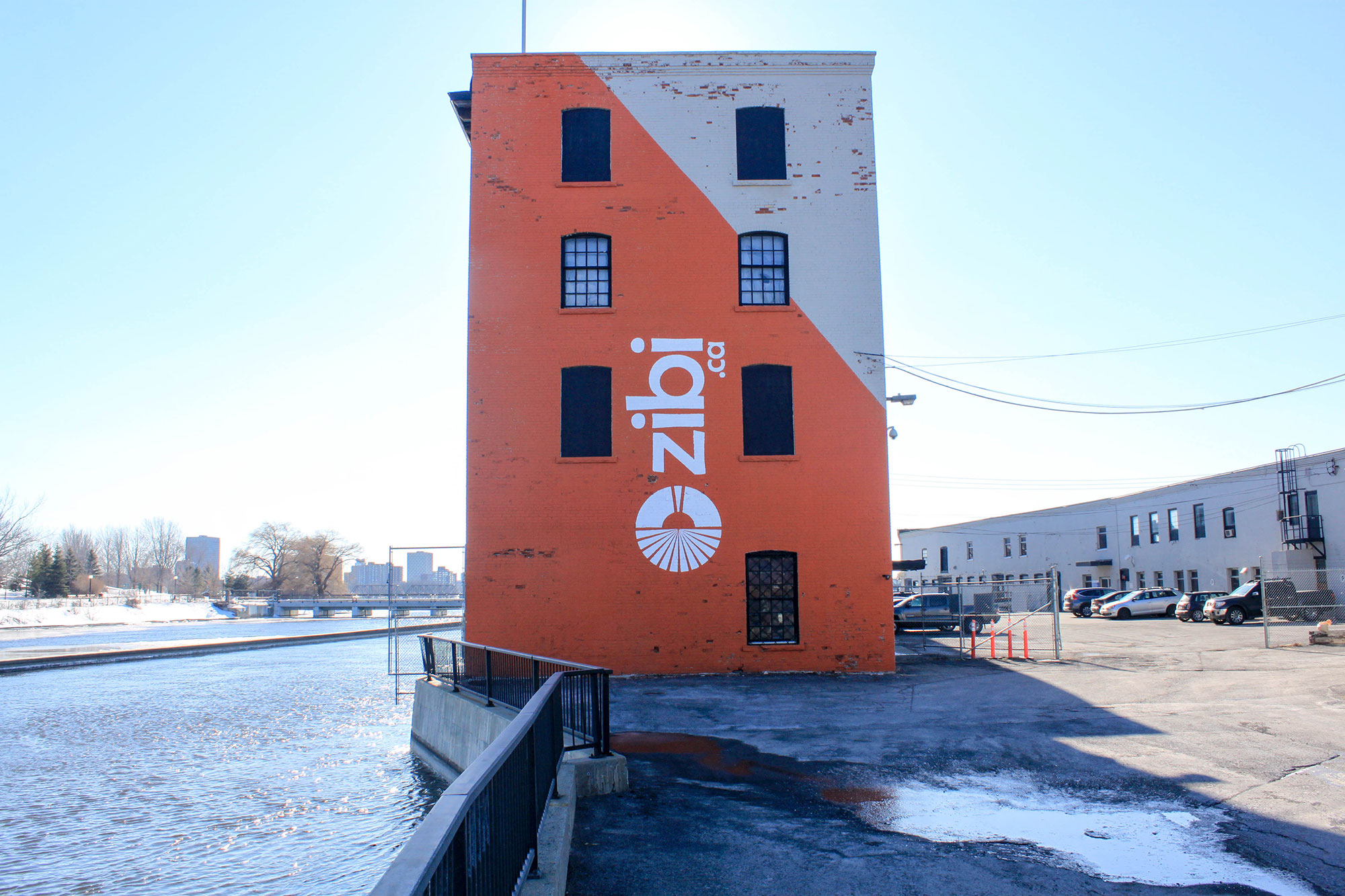 Every day, Canadian citizens use fossil fuels for everything from making a cup of coffee to driving to work. As of 2014, renewable energy accounts for 17.7 per cent of all energy production while oil, natural gas and coal accounts for a whopping 72.2 per cent in Canada.

Hydroelectricity leads the way in the renewable sector at 11.6 per cent, followed by organic biomass fuels, geothermal, wind and solar energy which account for the remaining 6.1 per cent.

Scientists have been calling for drastic changes in energy production for years as evidence mounts for the devastating impact of fossil fuels on the Earth’s climate. Over 60 countries have set renewable energy targets while Canada continues to consider a national target of its own.

At the municipal level, some Canadian cities are following a global trend and setting their renewable energy targets at 100 per cent by 2050. But not all experts agree the timeline is a realistic one for Canada.

“I’m not sure if 2050 is a reasonable assumption. Not only will technology have to be developed, but people will have to buy in, ”says Handon Tezel, a chemical engineering professor at the University of Ottawa.

Renewable cities will combine individual energy production at home with public grids that deliver energy produced from a combination of renewable sources.

Each city will develop unique ways to implement this into their energy systems, but it starts with simple concepts like encouraging more people to walk to work and limiting the number of parking spots for gasoline-fueled cars. The City of Vancouver is already discussing plans to deter future drivers, and will look to businesses to implement their own limitations on private parking lots. In Ontario, Oxford County’s Quality Inn has teamed up with Tesla Motors to provide eight 24-hour charging stations for electric cars.

“There needs to be some push from private companies and the upper class,” says Tezel.

Citing countries like Germany and Denmark who have massive renewable projects in the works, Tezel points to higher electricity costs that are forcing them to look for alternative renewable options.

Canada has relatively low electricity costs, and businesses are not given strong enough incentives to attempt to go renewable, Tezel says. The result is a lack of interest at both the community and corporate levels.

“It’s all based on the money,” she says.

It is a hard sell for any municipal government to convince low-income households or small businesses to pay more for virtually the same product.

For progress to be made, Tezel calls for a bottom-up initiative. The onus is on the individual to start the process by making changes at their home. If communities demand renewable energy, politicians will be forced to act.

They also need a commitment at the federal level to help get the ball rolling. A national target can hold cities accountable to get serious about renewable options, she says.

Municipal governments can also look to existing renewable energy companies to help in making the change.

Renewable Cities is a program out of Simon Fraser University created to help cities transition to 100 percent renewable energy.

From grassroots initiatives to extensive policy planning, the program is working with cities on a case-by-case basis to create unique plans to fit their needs.

“Cities that are successful are the ones that actually listen to their community,” says Keane Gruending, the public relations manager for the program.

Government-run communications exercises that attempt to sell their communities on renewable plans will struggle to gain support explains Gruending.

An open dialogue from the beginning can address the needs of the community while creating realistic timelines for change.

The renewable energy strategy was made a priority for this term of council in 2015. The report, which was due by the end of 2016, has now been pushed back to the end of this year.

The setback points to a substantial delay in the process, and it could be pushed to after the upcoming 2018 municipal election.The city has already approved a budget of $300,000 for 2017, and is allocating the money to eight pilot projects.

Reserving most of the funding to educating the public, other projects include flooding ice rinks at colder temperatures to reduce natural gas and installing real-time energy use meters in building lobbies.

Energy meters provide tangible guidelines for limiting energy consumption and make it easy to track improvements over a long period of time.

In a study conducted from 1981-2010, Environment Canada found that Ottawa averages 5.74 hours of sunshine per day. Considering that Regina, one of Canada’s sunniest regions, only averages 6.5 hours per day, Tezel also see’s solar initiatives as becoming crucial for Ottawa in the future.

The industry has seen massive breakthrough’s in renewable storage in the past five years, but technology needs to continue to develop for this to make an impact on the scale of cities like Ottawa and Toronto.

Picture a giant battery that can store enough energy to run an entire skyscraper. The technology exists to create the energy, but not necessary to srore it for later use.

The industry is moving in the right direction, but large-scale initiatives are still decades away. That is why Canadian cities are setting tentative dates of 2050.

Governments will have to embark on massive changes to existing infrastructure and city planners will look to emphasise designing new eco-friendly buildings.Smart buildings that can run solely off solar energy are already in the works, but designers will have to consider how they can operate at lower levels when energy isn’t available.

Gruending points to peer-learning as the fundamental role in the puzzle.Although each city should be unique in their approach, looking to other cities can eliminate risk for policymakers and provide frameworks for their own models.

Looking at financial incentives and policy frameworks that were successful in other Canadian and international communities can help ensure a smoother transition.Several other cities across Canada have already expressed interest in creating their own renewable energy plan and Canadians should expect this to continue, explains Gruending.

“As of 2015 there wasn’t a single city in Canada that had any plan for renewable and now there is three. I think we can expect that to grow.”

Developments in Energy Storage
Create your own infographics