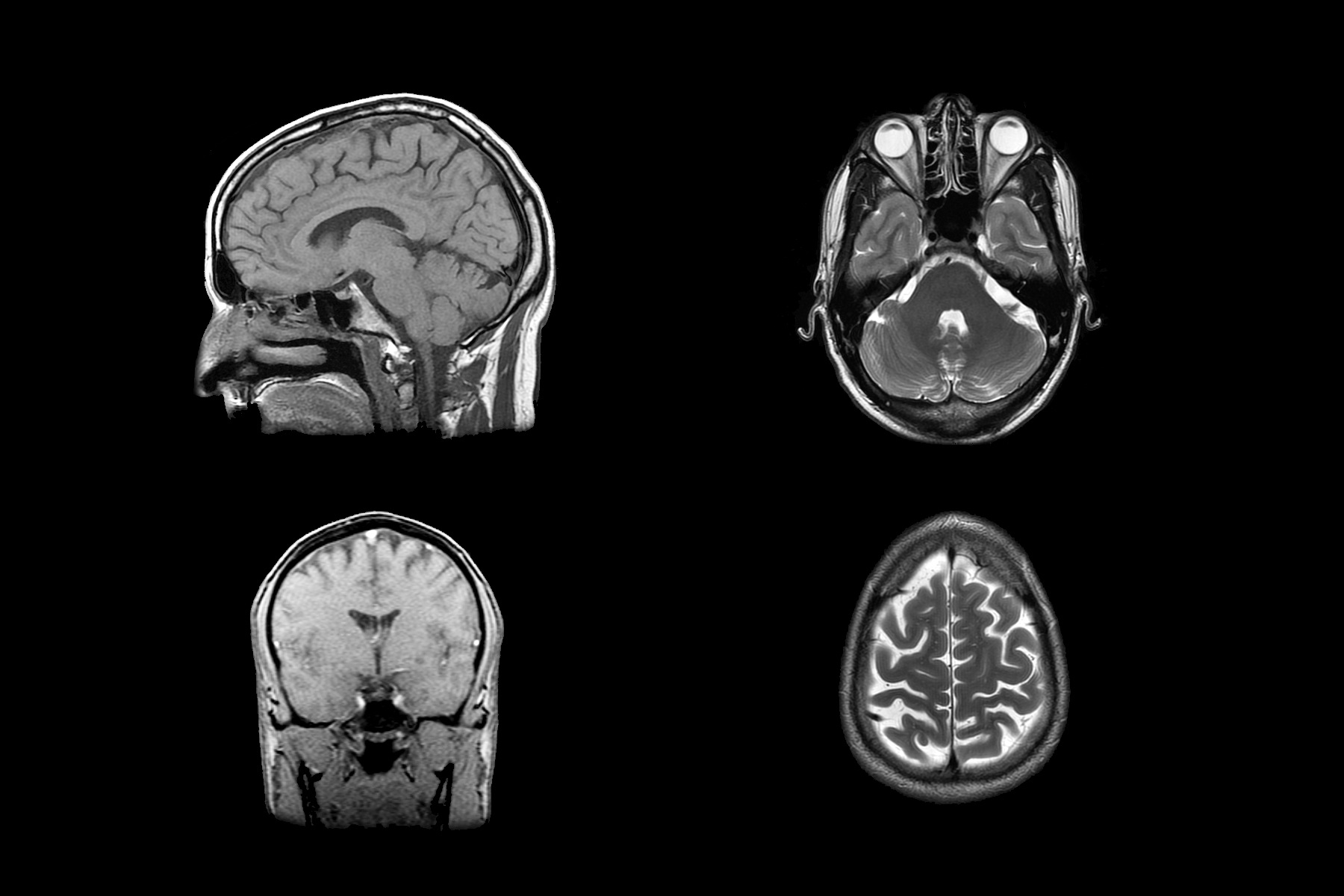 Richard Naud wants to crack the code to neural communication

For Richard Naud, the human brain is an organ so complex, it’s essentially a machine.

The brain is made of hundreds of billions of nerve cells called neurons that send electrical signals across circuits in the brain. These neurons are connected by branched extensions called dendrites, which receive these signals and carry information to the cell body, which contains the nucleus of the nerve cell. The nucleus controls the cell activity — after it receives information, the neuron will send more signals to other neurons.

These signals are how people interact with and react to the world around them. Each time someone moves, breathes, or thinks, it’s due to neurons firing in their brain.

These neurons communicate with each other, using a type of secret language that humans don’t fully understand. 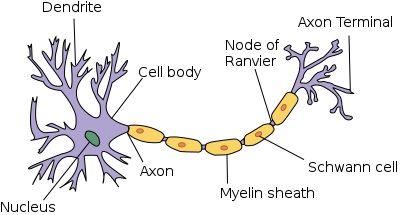 Illustration of a neuron, via Wikimedia Commons.

It’s the job of neuroscientists like Naud to “crack the neural code” – to understand how neurons communicate.

Naud, 35, is a researcher at the University of Ottawa’s Brain and Mind Research Institute. He uses computer simulations to study how brain cells speak with each other.

Since starting as an assistant professor at the University of Ottawa’s faculty of medicine in 2016, Naud has been simulating how neurons are able to send two signals at the same time to different parts of the brain, a feat known as multiplexing.

Although Naud largely deals with simulations of brain cells, his work has practical applications within healthcare.

One student working under Naud’s guidance, Ezekiel Williams, notes that Naud is exploring “one of the last great unexplored frontiers in science” through his work deciphering the brain.

Williams, a mathematics and statistics Master’s student at the University of Ottawa, said in an email that Naud’s research in understanding how the brain processes information is “absolutely essential for the treatment of almost every neurological disorder.”

Naud notes that his work can help clinical researchers better understand how information is processed in regions of the brain when there is something going wrong in these brain areas.

Naud’s research also has applications for the development of brain-computer interfaces, or the communication and collaboration between a brain and an external device, which is a new field that is evolving rapidly.

Getting to Know Naud

Although he was always good at science, when Naud was growing up in Montreal, he was more artistic than he is now. He loved music, reading, writing, and theatre… just not as a career.

“People thought I would actually go and study theatre,” he says. “It never crossed my mind.”

Naud says his artistic background still has applications in his everyday work. He notes that in some ways, teaching is like theatre.

He says he wouldn’t have guessed he would end up teaching, because he was always so focused on what interested him in the moment to worry much about the future.

Though he now considers himself a neuroscientist, when he first enrolled in McGill University as an undergraduate student, he was studying atmospheric science, which wasn’t what he expected.

“It looks wonderful to study clouds. There’s just this romantic idea when you see clouds you wonder how they are … made,” Naud says, “but in the end, the study of clouds is done on a computer, in a room closed without windows.”

Naud soon took his head out of the clouds, and he switched from atmospheric science into physics, though he also showed interest in geophysics, oceanography, and biophysics. This was all before his eventual discovery that the head proved more interesting than the clouds.

Naud says like many scientists, he is motivated by the search for discovery, knowledge, and truth.

But eventually, the questions he was interested in asking changed. 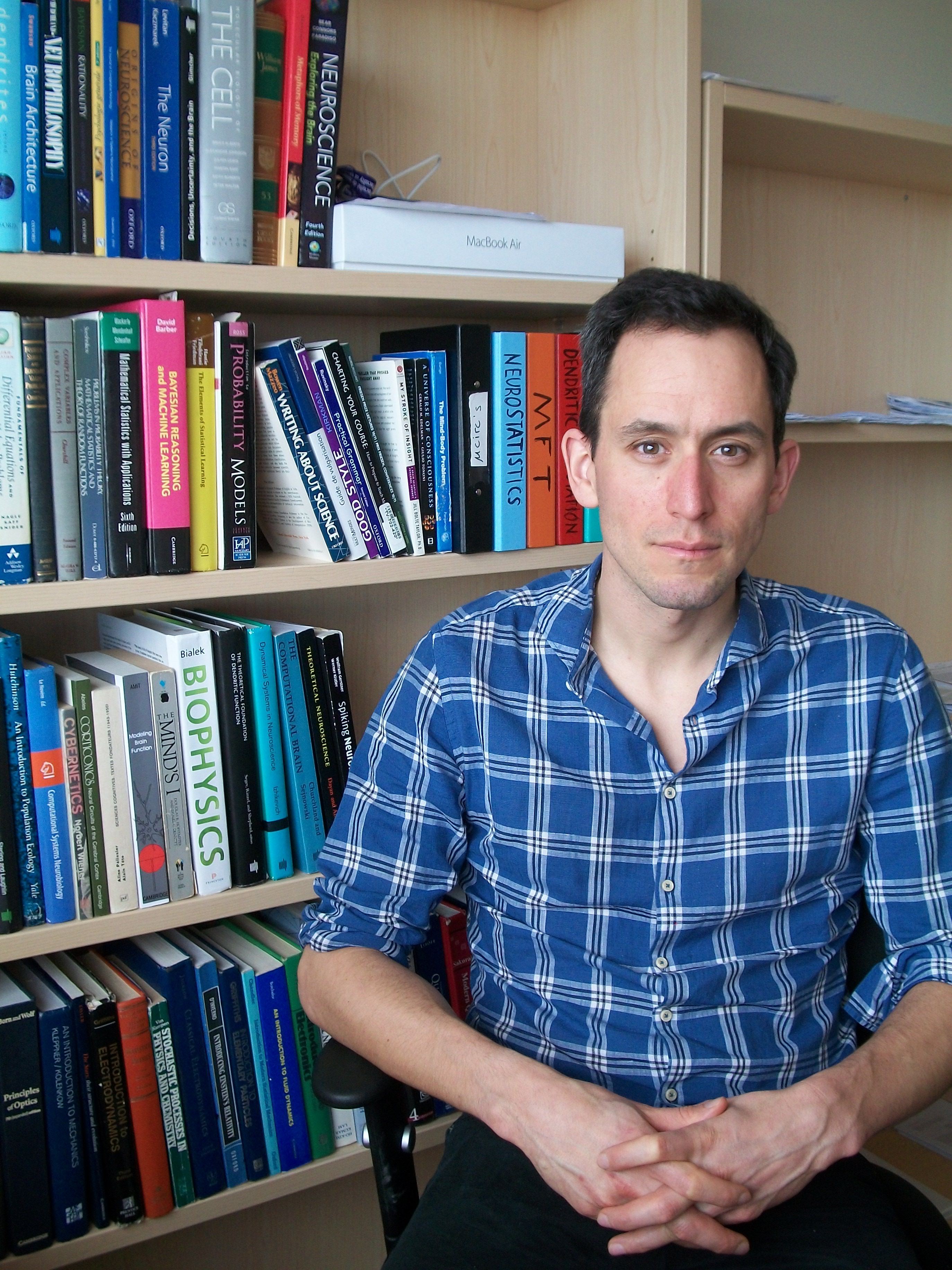 An avid reader, Naud read a book during his undergraduate studies which opened up new questions: The Man Who Mistook His Wife for a Hat by neurologist Oliver Sacks.

Sacks’s book is full of case studies of patients who have neurological disorders. The titular example is a man named “Dr. P” who has visual agnosia, a disorder in which one’s visual perception is impaired. Sacks tells the anecdote of how during one of their meetings, Dr. P, in his confusion, tried to place his wife’s head upon his own like a hat.

Naud says he was “stunned” by Sacks’s portrayal of how everyday behaviours people take for granted can go wrong.

“You realize … how fragile our nervous system really is, and how magical it is,” he says.

Naud completed his PhD in neuroscience at École Polytechnique Fédérale de Lausanne in Switzerland, and did research work in Cambridge and Berlin before returning to Ottawa, a city he calls the “frontier” for computational neuroscience, due to the number of Ottawa researchers working in the field.

You realize … how fragile our nervous system really is, and how magical it is.

Colleagues and students describe Naud as someone who cares deeply about helping his students succeed.

“Richard has this mathematician, geeky vibe but he’s extremely outgoing, helpful, and nice,” said Simon Chen, Naud’s friend and fellow professor at the University of Ottawa’s faculty of medicine, in an email.

As someone with experience in many scientific fields, Naud says it’s a misconception that scientists are confined to only one particular discipline.

“Typically people are stunned that I could be studying neuroscience with a background in physics or mathematics.”

Naud insists neuroscience is a multidisciplinary field, with lots of overlap between subjects. His physics background gives him the insight to deal with theoretical problems within the realm of computational neuroscience.

Naud says he partly decided to pursue neuroscience further because it’s a relatively new field that offers many possibilities.

“We’re attracted to those beautiful theories in science, because that’s where things are done. It’s where it’s messy and actually a bit frustrating that you have more potential for discoveries,” Naud says. “In neuroscience, clearly things were messy. People didn’t know what neurons were doing, and still don’t really know.”

For neuroscientists like Naud, the ultimate goal is to crack the neural code and be able to read a brain – but this sounds simpler than it is. Naud says the vast complexity of the brain makes cracking the code overwhelming.

But he says it might be possible to decode the brain within his lifetime, due to advances in technology.

“We’re making tremendous progress,” says Naud, who adds that only twenty years ago, researchers could only record one neuron at a time. Now, they can record upwards of a thousand neurons, and the use of computers and mathematical frameworks help make sense of all the data.

Still, scientists aren’t able to observe everything in the brain, which is where simulations come in.

“We need to simulate what we don’t observe,” Naud says.

Naud’s previous research involves using computer simulations of nerve cells to look at the ways in which noise, or variability, within neurons plays a role in communicating signals. Naud found that within the brain, dendrites and cell bodies exchange the responsibility of initiating responses, depending on the strength of the signal they receive.

He says these findings on how brains process information could be applied to technology: how can we use noise to transmit signals in a more energy-efficient manner in devices like cell phones?

Before any practical applications, though, Naud notes that work needs to be done to see if this process happens in real brain cells and not just simulations. The research he does is only one of many steps.

Naud says his current research in understanding multiplexing will be critical to comprehending how the brain processes information and learns, and could also influence studies on schizophrenia and depression.

“I feel like I’m touching a very elementary part of the neural code,” Naud says.