By Natalie Harmsen and Megan Sibley 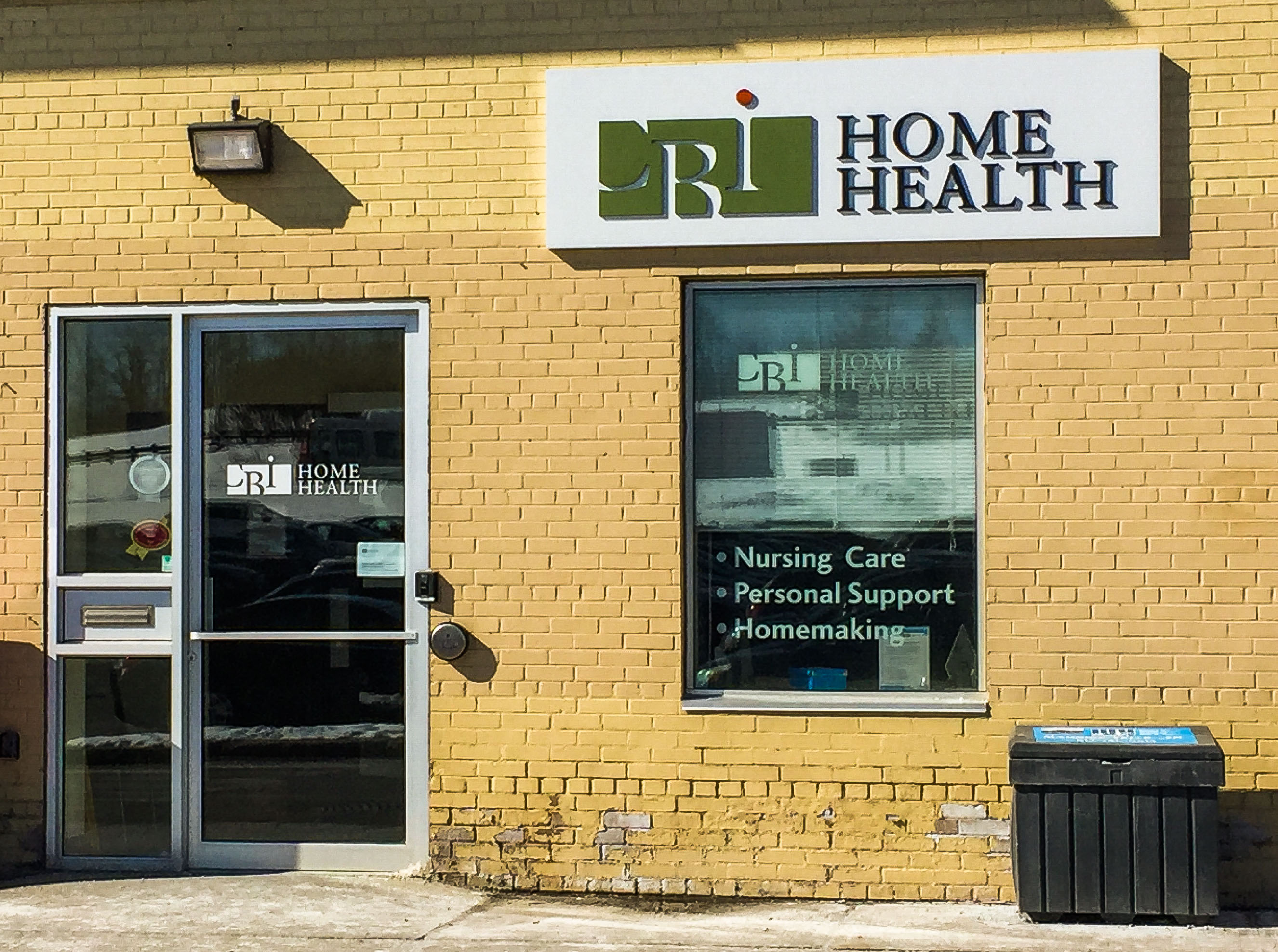 CBI Home Health is one of many groups offering home care services in the Ottawa area.

Miranda Ferrier, president of the Ontario Personal Support Workers Association, knows that the daily tasks her members are counted on to perform are anything but glamorous. “It’s not attractive at all,” says Ferrier, a former personal support worker (PSW) who provided home care to elderly clients.

“Think about everything you do for yourself when you get up in the morning. And think about if you’re doing it for someone [else]. It’s a lot more difficult.”

Ferrier’s career is now dedicated to the membership-based PSW advocacy organization that defends the rights of workers who do the jobs that many cannot. What she sees is a system under strain.

In 2012, over 2.2 million Canadians received home care due to illness, disability, or elderly needs. In 2016, home care services helped over 660,000 people in Ontario live independently according to the Ministry of Health and Long-term Care.

Now, an aging population is placing increasing demands on home care services. In 2016 there were 2.3 million people in Ontario over the age of 65. That number is set to double in 2041, by which point seniors will make up 25 per cent of the province’s population. Without more resources to accommodate the growing number of patients, home care faces an uncertain future.

In a report published in January, Home Care Ontario–the organization representing home care providers and agencies across the province–argued the home care system is chronically underfunded. The report noted that the Ontario government allotted approximately five per cent of Ontario’s total health care budget for home care, which is not enough to keep up with the increasing demand when home care accounts for $2.7 billion out of the current $53.9 billion spent on health care in Ontario each year.

“Ontario’s home care system is at a tipping point. Families want and need more care, but patient complexity, an aging population, and government underfunding has meant they are actually getting less, and professional home caregivers are being asked to do more with fewer resources,” said the report.

Last November, Ontario’s provincial government announced the creation of a new agency, Personal Support Services Ontario (PSSO), to address the issue. The purpose of PSSO is to standardize home care across the province, but some believe that such a fix could mean further complications for an already-overworked system.

The agency’s non-profit model would assume the care of patients who receive more than 14 hours of care weekly. Subsequently, this group would include acute, chronic, and palliative clients: the most demanding and technically challenging conditions to treat. Ferrier is concerned that provincially funded personal support workers would not be trained to provide this high standard of care.

“There [are] no medical backups, so they don’t have registered staff.  They don’t have Occupational/Physical Therapists that they can rely upon if they have questions or concerns, or for delegation purposes, because a PSW cannot administer medications. They cannot do catheterizations, or feeding tubes, or anything like that,” says Ferrier.

The history of home care, explained in this visual timeline.

Responding to this concern, David Jansen, a spokesperson for the Ministry of Health and Long-term Care says, “The ministry recognizes the important role of personal support workers in the health care system. We have undertaken a number of initiatives, including investing in PSWs by providing funding to increase the minimum base wage for publicly funded home and community care personal support services over three years to $16.50 per hour.”

The current home care system in Ontario is comprised of both private (for profit), and government funded non-profit home care options: a patient’s socioeconomic status and other unique needs determine which route is more fitting for their treatment needs. Under the PSSO model, personal support workers (PSW’s) would become employees of the provincial government, and the agency would take over some of the services that are currently performed by private-sector providers.

Ferrier argues a better approach would not be a new agency, but instead further investment in this system that is functioning, but needs significant improvements.

Paul Williams, a professor of health policy at the University of Toronto, says when it comes to providing home care,  European countries are much more advanced compared to Ontario’s system because they focus on preventative care.

“In Ontario it is very difficult to get any public service before you go to the hospital. If you’re not sick, you can’t get anything. In most countries, they want to make sure that people don’t get sick, because that gets even more expensive,” he says. “In Ontario, we put all of our resources after the hospital, so the only way you get home care is after you’re discharged. [It’s] totally bizarre, nobody does this, because they know you can’t sustain a system like that.”

To make improvements, Williams suggests the federal government should bargain harder to push the provinces to prevent illness before patients require home care.

“When [people] need things like home care and support, that’s organized around you and your caregiver,” he says. “Ontario is a particularly bad case of where we have so many invested interests that it is impossible to make the really innovative change that aligns us with every other G7 country.”

Other improvements may exist within the Self-Directed Care model, a trend in the health care industry where instead of an agency determining the type and implementation of care, patients decide and tailor their home care services to their specific needs themselves. Ideally, patients gain more control in specifying their care schedules, and voicing the types of care they prefer.

“They have the right idea with the [Self-Directed] Care model,” Ferrier says. “I think it’s a great idea, and that clients deserve to have more say in what happens with their care.”

The move to implement the new provincial agency this year came about in part due to existing labour issues surrounding Ontario’s current PSWs. Under the new model, PSWs would be hired directly to the non-profit provincial agency, and then hired out to clients. Ferrier says this is a bad idea because patients will be the ones delegating tasks to the PSW, giving them excessive control.

The current public home care system relies on both personal support services, and professional services. Professional services provide medical care, as well as physiotherapy, occupational therapy, nutritional services, and speech pathology, while PSWs execute personal support services with bathing, dressing, administering medications, and assisting with other daily activities. Home Care Ontario suggests that a lack of government funding means these PSWs are burning out, underpaid, and unable to visit their patients as frequently as they would like.

Ferrier agrees. According to her, 21 per cent of PSWs are leaving the field.

“PSWs are already inundated with countless hours, driving, over exhaustion, and being stressed; this [PSSO] crisis has made matters worse,” she says.

“Why is the government spending more money, 2.5 million dollars [to create the agency]? Why re-create the wheel? Why not take that money and invest it back into front line health care,” she says. “It would make more sense. Imagine how many PSWs you could hire for 2.5 million, and right now there’s a mass shortage across the province.”

Jansen says aside from PSSO, the Ministry of Health and Long-term Care created a $10 million PSW training fund, which has aided training and education.

Home Care Ontario had requested the federal government provide funding to alleviate the effects of long wait lists, caregiver burnout, and infrequent visits from nurses- all of which they say are major issues in today’s home care industry. Ahead of the 2018 budget announcements, it requested $600 million more over six years to improve some of these realities (a 6% increase from last year’s funding numbers).

As of today, the federal budget released on February 27 suggests that Home Care Ontario’s $600 million proposal will not be fulfilled: the federal government has allotted the same dollar amount to their home care budget as was seen in the last federal budget. In addition, home care has been placed in an expense category with mental health, suggesting that funds will be divided between two crucial industries that are in need of support.

“Right now home care receives about $2.7 billion [per year], which is a lot of money, but proportionally that hasn’t changed in 20 years,” says VanderBent. “This does not help us to address what we’re seeing now in terms of the growing number of patients in total.”

This map outlines each of the 14 Local Health Integration Networks across Ontario.

There are 14 such regional agencies across the province, all of which are funded through Ontario’s Ministry of Health. To be eligible to receive care, Joanne Billing, vice president home and community care of the South-East region (The South East LHIN), says that any individual seeking home care must meet several requirements: A person must be insured by the government of Ontario and possess a health insurance card. They must also have care needs, which are divided into personal support services and professional services. Then the LHIN must assess eligibility by determining if they are able to provide care in the home environment.

“So, for example, because we serve all types of people, if somebody has a need for personal care and they live in a cardboard box, that’s going to be a problem for us,” Billing says.

Once someone is eligible, they may not necessarily be admitted right away due to waitlists and the availability of health human resources. However, those with more severe needs are prioritized for admission. According to How Canada Compares: Results From The Commonwealth Fund’s 2017 International Health Policy Survey of Seniors, more than 86 per cent of seniors surveyed who received publicly funded home care, said the services helped them remain at home. Billings says it is unclear what the impact of PSSO will be on the LHINs and those receiving the care.

“We know any time you take resources out of the community system and dedicate them somewhere else, the supply is affected and therefore our ability to procure and deliver services is affected,” she says.

“The government likes to make decisions about our profession without speaking to us,” she says. “They are 30 thousand feet in the air looking down. They have no clue.”