When science goes public: How Dr. Cristina Atance is bringing the science of child development to families 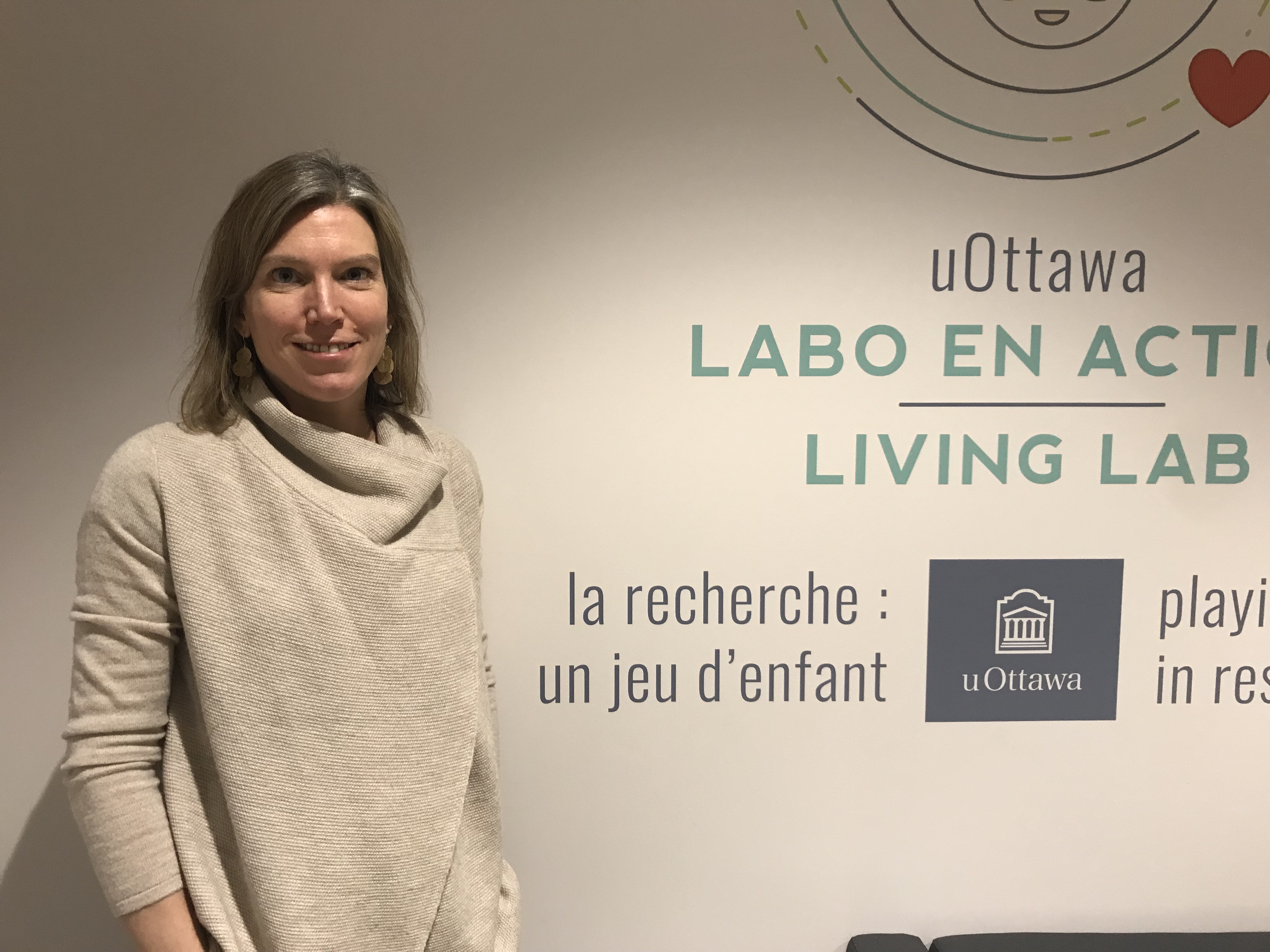 Walking to Dr. Cristina Atance’s lab is like walking through a school playground at recess. Children are running around everywhere, energetically playing and exploring the room. Their loud voices fill the air, making it difficult to hear anything else. It may sound like the worst place to focus on research, but it’s really the best place for Atance and her team.

“We thought, wouldn’t it be great to not just do research on campus, but actually do it in a museum setting where we’d have more visibility and where it would be more accessible to parents and children,” says Atance.

The Living Lab is situated within the Children’s Innovation Zone inside the Canada Science and Technology Museum in Ottawa. The lab, which first opened in November of 2017, is a partnership between the museum and the University of Ottawa. The project studies children’s cognitive development, as well as language development in monolingual and bilingual children. Families who enter are greeted by staff at the front desk, and children can participate in a variety of activities conducted by researchers. 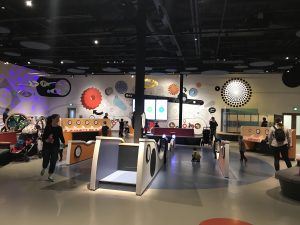 The Children’s Innovation Zone at the Museum of Science and Technology.

In Atance office, she sits in an adult-sized chair at a child-sized desk. On the desk are two trays, one blue and one green. On each tray is a box with a slit cut into it. She is sitting at one of her tests.

“We’re testing children’s ability to save for the future,” she explains.

The task involves two different treats: Smarties and raisins. The child gets five tokens, and each token can buy them one Smartie or one raisin. The Smarties are put away at first, and the child is told that they will get to play with the raisins first, and the Smarties second. 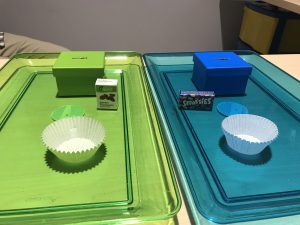 “What we’re interested in is, given that kids prefer Smarties to raisins, will they save some of their tokens and use them on the Smarties box later?” Atance says.

Her interest in the field began when she was an undergraduate student at the University of Toronto when she took a third-year cognitive development course.

“I was learning about children’s thinking and some of the errors they make when they’re asked certain kinds of questions,” she says.

One trial that particularly interested her is what researchers call a “false belief task.” Atance said an example of this task involves showing a child a closed crayon box that has birthday candles inside. When a child is asked what he or she thinks is in the box, they will say crayons. Then, after opening the box and showing the child the birthday candles, the researcher will close the box and ask the child what they had thought was inside the box before.

“If you ask that same three-year-old what he or she had thought was inside the box before we opened it, they say candles, whereas four or five-year-olds will tend to say crayons,” she says. “So what three-year-olds seem to have difficulty with is understanding that we can have beliefs that are mistaken or that are false about the world, and that’s something that comes pretty naturally to older children and adults.”

Atance says she thinks these studies are important because they can shed light on some of the errors in judgment that children sometimes make. It can reveal the struggles children face when trying to understand the world around them.

“It would be a pretty confusing world, and I think sometimes it probably is for the child, when they don’t necessarily understand that perhaps mom is looking for something in a location that the child knows isn’t the correct location, and the child might be saying ‘well, why is mom doing that? Why is she looking for the peanut butter in the cupboard when I just saw dad put it in the fridge?’” Atance explains. 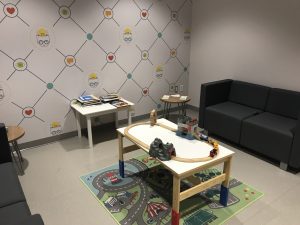 Atance says she became fascinated with how children form beliefs about the world, and how their beliefs and perceptions differ from adults’.

To explain this, Atance uses the example of Romeo and Juliet. Romeo thought Juliet was dead, and that’s why he commits suicide at the end of the play. An adult watching the play would understand that that’s what he thought, even though the audience knows that Juliet was actually alive.

“There are a lot of these examples where we have to read beyond people’s behaviour and understand things like beliefs.”

The study of child cognitive development focuses children’s information processing, conceptual resources, perceptual skill, language learning, and other aspects of their cognitive psychology. Jean Piaget, a Swiss psychologist and epistemologist, has been credited with establishing the field. Piaget’s theories become popular in the 1960’s, however many of his claims have since been disproven. New research is frequently changing the field of child development, and new research methods, like the use of museums, is changing it even more.

Atance’s interest in understanding children’s minds has lead her to her current project with the Living Lab. She says the inspiration for the lab came from similar projects operating in the United States.

The Museum of Science in Boston has a Living Lab, through a partnership with other institutions like Harvard and MIT. Atance says she and her colleagues saw the advantage to doing research in a museum setting, where a lot of families are passing through daily.

“That’s a really great way to recruit people and to be able to share the scientific process with them,” Atance says. 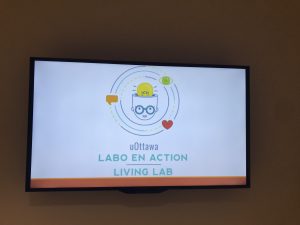 Atance and her colleagues are currently working on having study results available online, so parents and the public can learn about their findings.

According to Atance, the results from the Smarties and raisins experiment have shown a lot of individual variability.

“One child might save five (tokens) because they really want those Smarties, others will use them all up. What’s really interesting about this study is that in cognitive development or in development generally speaking, we expect things to improve with age. So here we would expect that the older kids might save more than the younger kids, but that’s not what we’ve been finding so far,” she says.

Atance says the reason could have to do with the ways parents influence children depending on their own beliefs. She’s exploring whether this has to do with family spending and saving practices.

“Some parents might talk about saving more, for some parents it might be more important that their child save. For others, less so,” she says.

This is just one example of the various tests the Living Lab conducts. One of Atance’s colleagues at the lab, Chris Fennel, also researches how word learning might differ in children learning two languages versus one.

Angeline Tsui is a graduate student at the University of Ottawa who works at the Living Lab. As a trilingual herself, she is especially interested in the lab’s work with bilingual children.

“This is a trend in Canada that a lot of parents started to teach their babies with two languages since birth, and there are a number of questions that we were not able to answer in the past, but now we are getting a lot of information by testing bilingual babies,” says Tsui.

One question most parents have is whether teaching their baby a second language will delay their child’s language development. 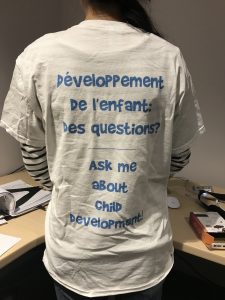 Atance says she has received a lot of positive feedback from colleagues at other universities, and some have expressed interest in doing similar projects.

“I think that it’s really something that people are interested in and that is really a neat way to bring science to the public in a way that benefits everyone.” Atance says, adding that it benefits the researchers, the public, and the museum.

“It’s nice for a museum of science and technology to have science happening here live.”

The Living Lab will continue to operate in the Museum of Science and Technology, Atance says, hopefully indefinitely. Their continued relationship with the museum means Atance will be able to pursue her passion of designing experiments to tackle research questions, and finding answers.

“It’s a long process, but I think it is a pretty rewarding one.”