The announcement of $12 million in additional funding was welcome news at Ottawa’s Stem Cell Network, a world leader in the field.

The funding unveiled on Nov. 24 will support workshops, training, outreach and other foundational efforts. Some $2.2 million of the funds will go towards three clinical trials that focus on treating heart attack, septic shock and multiple sclerosis patients.

The funds will further ongoing research in Ottawa General Hospital’s Regenerative Medicine Program. The institute, which is located in the Critical Care Wing, provides laboratory and office space for more than 250 scientists,  from research trainees and basic scientists to post-doctoral fellows, investigators and clinicians.

On Monday afternoon, the Stewart Lab had a few researchers working through their lunch break. The work spaces were cramped with beakers, bottles and jars as researchers quietly conducted their ongoing experiments.

Mirabelle Ho, a postdoctural fellow, describes her work with Progeria or premature aging. “Have you ever seen Benjamin Button? That’s essentially what progeria is,” said Ho. Clinical trials for Ho’s research are not yet under way.

Around the corner from Ho’s work station is a cell manufacturing practice unit – a sterile box with built-in gloves that researchers use to practice genetically manufacturing stem cells to be used in clinical trials.

Jennifer Ganton, the director of communications explains the process. “The stem cells are harvested from patients’ blood and grown for a few days to weeks. Researchers then select the exact cells they want and essentially supercharge them.” Ganton said many patients who suffer heart attacks are not young and healthy, so this process takes their cells and rejuvenates them before they are injected back into the patient.

Septic shock patients will also be included in the clinical trials that received funding according to the Good Manufacturing Practice Lab poster located in the hallway. This research is building on “world-leading pre-clinical research from Dr. Duncan Stewart’s group,” the poster declares.

Earlier this year, 73-year-old Charles Berniqué from eastern Ontario was treated in Ottawa for septic shock. Septic shock is triggered by an infection, called sepsis, that rapidly spreads throughout the body and causes the immune system to overreact, said Ganton. Sepsis is characterized by organ failure and has a death rate of 20-40 per cent according to Ganton. Berniqué participated in the world’s first trial of stem cell use in septic shock treatment led by Dr. Duncan Stewart and Dr. Lauralyn McIntyre and he recovered from the potentially fatal illness.

Phase II of the septic shock trials are projected to commence in 2017 said Ganton. At the moment they are conducting follow up with the nine patients who participated in Phase I.

The third clinical trial that will receive a portion of the federal grants focuses on stem cell therapy in 40 multiple sclerosis patients, as outlined on the GMP poster. This research will build on the discoveries and clinical trials of Dr. Harry Atkins who conducted the world-first stem cell transplantation for treatment of poor prognosis multiple sclerosis. The results of this trial were published in June of this year and according to Ganton, it is exemplary of world-leading research as the patients involved in the trial showed no relapse, no post-trial inflammation and 70 per cent of the patients showed no regression.

This trial involved the administration of intensive chemotherapy to completely kill the patient’s immune system, followed by the reintroduction of stem cells harvested from the patient prior to chemotherapy. The stem cells were then able to grow a new immune system that “doesn’t have the memory of the previous attack on the system,” said Ganton.

The push towards clinical trials and practice in Ottawa is indicative of a ‘bench to bedside’ approach. INSERT VC “They’re not just talking about it, they’re actually doing it,” said neonatologist Dr. Bernard Thébaud. Thébaud hopes his work in treating bronchopulmonary dysplasia, a damaging lung condition in premature babies, will reach trial phase within the next two years.

Thébaud, who is from France, explained his reasoning for choosing Ottawa as his research home-base: “I came to Ontario because it’s a province where regenerative medicine is a priority.

“I came to Ottawa where there is a regenerative institute and program that makes it a priority not only to research but to translate the discoveries into patients. Ottawa has the facilities, laboratory facilities, stem cell clinics and a world leading methods centre that designs innovative clinical trials that allow faster and better evidence. All the ingredients of the best formal translation into the clinic.”

Additional federal funding for stem cell research is being advocated for by the Canadian Stem Cell Foundation. “Right now we’re urging the federal government to make stem cell research a large part of its innovation agenda, ideally in the next budget in February of 2017,” said Joe Sornberger, author of Dreams and Due Diligence and Director of Communications at the Stem Cell Foundation. 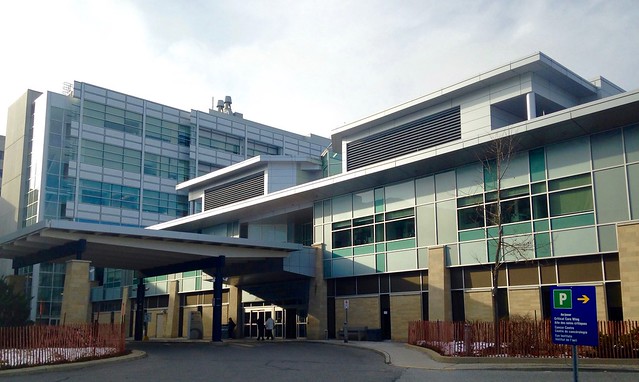