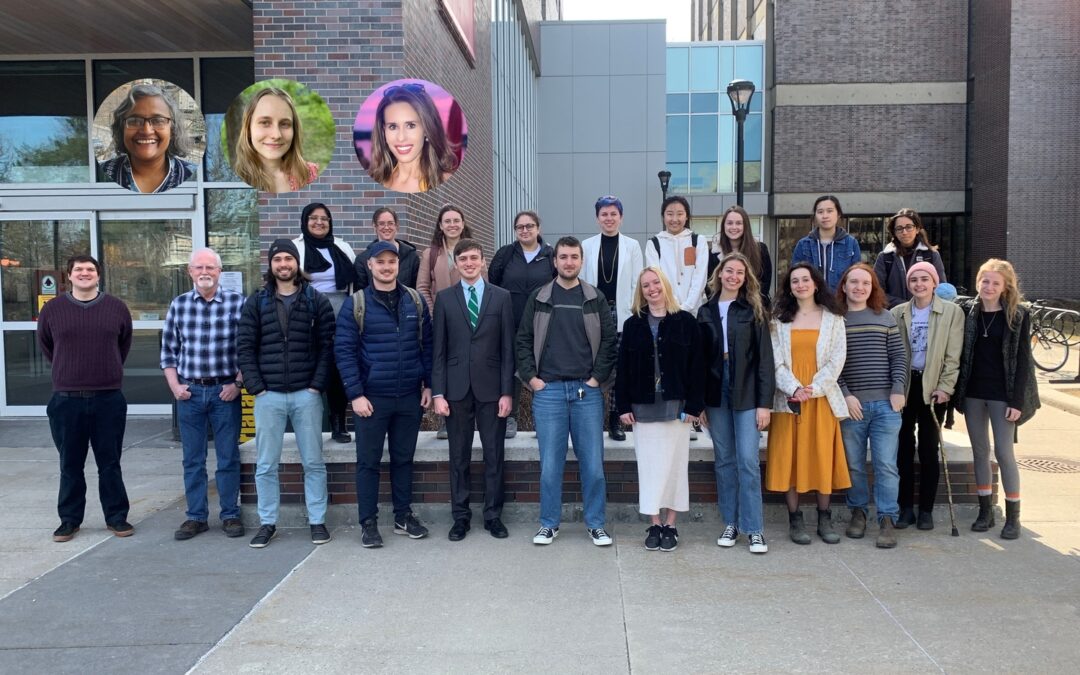 Well, that was quite a ride! Our latest Midweek season on CKCU-FM is complete — one we weren’t sure would actually take place at all, since it started with our team widely scattered in their homes, unable to come together in our newsroom and studios due to a new wave of the COVID-19 pandemic. 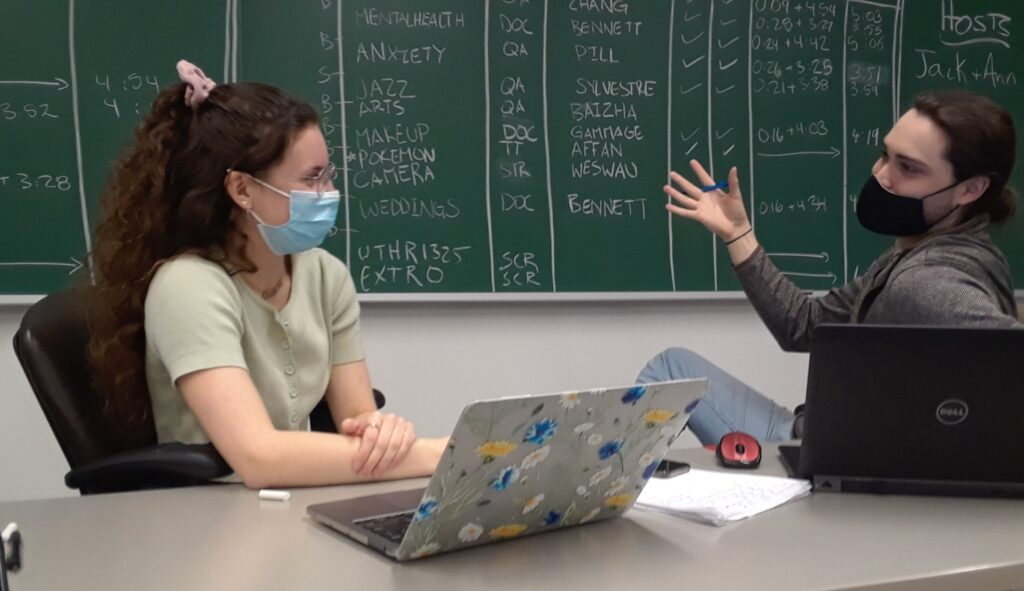 We started out working online, producing podcasts, but by early February all but three of our crew were able to work together in person, and those who couldn’t join us still reported from where they were (Toronto, Ottawa, Montreal) and pitched in ably with production chores from afar. That’s us up top after this show, outside in a safe stiff breeze — happy-lookin’ bunch, eh?

But it wasn’t over until we’d done one last show, ending the season in style: Michelle Liang opened with a look at another (slightly more famous) team — the Carleton University men’s basketball Ravens, who’d just won their 16th national championship.

Then reporter Morgane Wauquier took us to a mission in Montreal that’s working hard against local food insecurity, and Talar Stockton spoke with the chair of the Friends of Yemen organization about the group’s hope that refugees from the war in that country can get the same emergency help from Canada as Ukrainians. 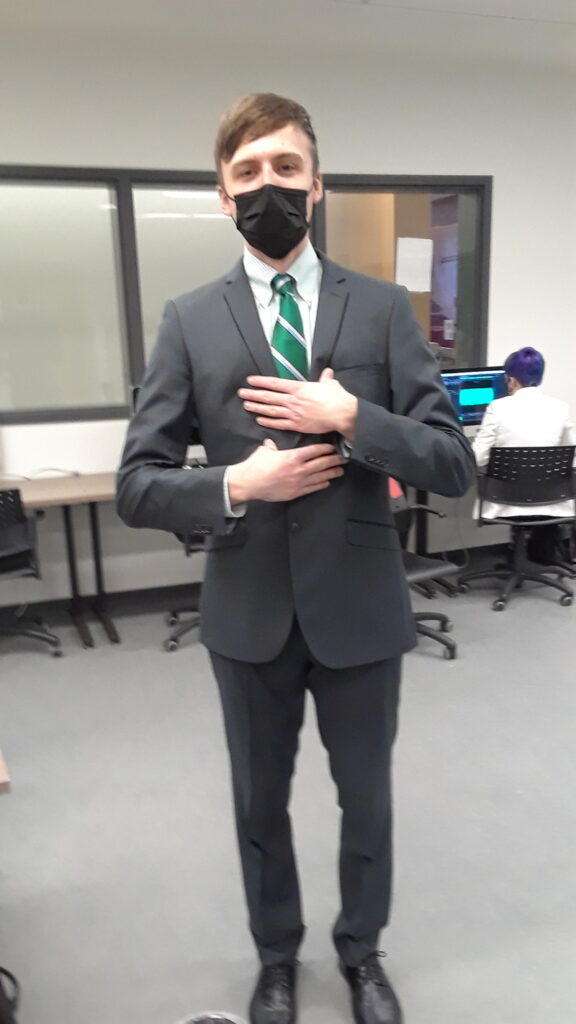 Speaking of going out in style, Midweek’s Jonathan Tovell dressed up for the final show … or ran out of laundry.

Horrible acts are taking place in both of those countries, and Midweek’s Tamanna Khan spoke with an expert about just what horrors cross over into also being technically war crimes — and how the international community can respond when they do.

Jonathan Tovell (marking our last show by upping his sartorial game several notches) then brought us an indepth dig into what increased speed limits on some Ontario roads could mean — to drivers on those roads and also to four-legged Ontarians trying to cross them.

The federal government has just announced ambitious carbon-reduction targets for 2030, and Midweek’s Rebecca Weston spoke with a founder of a local non-profit that intends to keep it accountable for those promises. Then Ben Sylvestre found out about the latest bird flu to arrive in Ontario and what it may mean.

We’re also still finding out about what COVID-19 can mean to humans — and a lot of it ain’t good: Talar Stockton was back with the story of a university student in Chicago who is experiencing post-COVID parosmia — a distortion of the senses of taste and smell that can leave everything tasting revolting.

Jack Baines — a co-host today — then probed into what went awry when Carleton University tried to implement a plan to make a few more washrooms gender-neutral, and Krystin Ptaszkiewicz took us to a local Toastmasters meeting to learn how it helps folks find a more confident voice that can be life-changing.

Sometimes, though, life changes for the worse — Midweek’s Katherine Zhang found out about how Ontario’s move into online casinos and e-sports betting is causing concern among experts in gambling addiction. 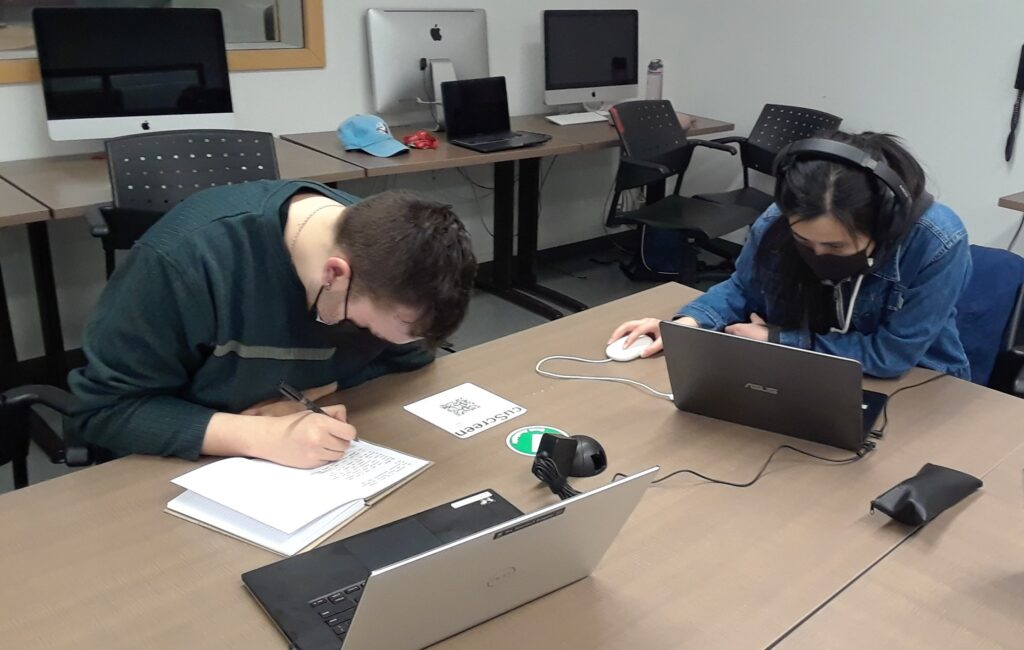 Ottawa’s prolonged convoy protests earlier this year also caused changes to the lives of many downtown residents — especially those who were already vulnerable; Andrea Bennett looked into what local mental health organizations are doing to try to help recovery.

One thing that might help is combining certain anti-anxiety medications with … music therapy, as Midweek’s Ann Pill (the other host this week) found out from a Toronto researcher probing that potential, and then we heard from Ben Sylvestre about an Ottawa musician who helped his wallet during the pandemic through live-streamed music lessons.

Staying with the arts, Jack Baines spoke with an organizer about a virtual event being organized by Carleton’s department of sociology and anthropology to examine how the arts intersect with anti-Black racism, gender and class. And as masks come down, demand is going up for help from makeup artists like the one interviewed by Midweek’s Melissa Gammage.

Good radio shows always have at least one “Who knew..!?!” story, and this week’s may be Eesha Affan’s look at how Ottawa’s Pokémon Go community kind of accidentally became a hub for thousands of players of the virtual game through its Discord server…and if we try to explain further, we’ll just get it wrong, so check out the story itself here! 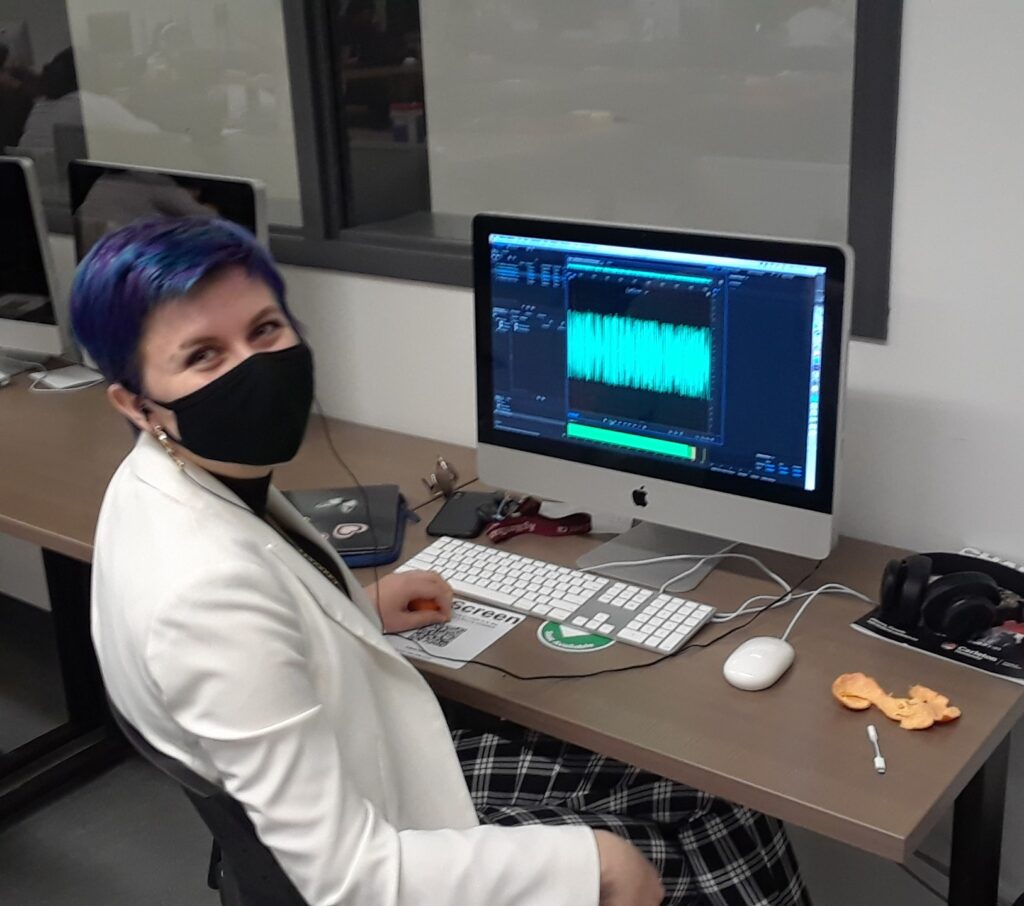 The eyes have it: Even behind the mask, you can tell audio producer Rose Danen feels the relief that this Midweek season is ending in success.

Midweek’s Tamanna Khan didn’t bag any wild Pokémon while out reporting, but she did come across Danton Lamar, an American comedian who has performed in China, Russia, and all over Europe, and has now opened a comedy club in Toronto. He told Tamanna about the club and the complexities of comedy in a time of pandemic, war and cancel culture.

And ending the show — and the season — was Midweek’s Andrea Bennett with a look at how wedding vendors have struggled through the past two years while gatherings were cancelled, moved online or held in the unpredictable outdoors, and what the future now holds as (knock on wood) some normalcy returns.

And with that, that was that! The show and the season — and for this Midweek team, their final semester of journalism school — were now all done and in the history books. But we’ll be back again this coming fall with a new team and new stories, so tune in then!