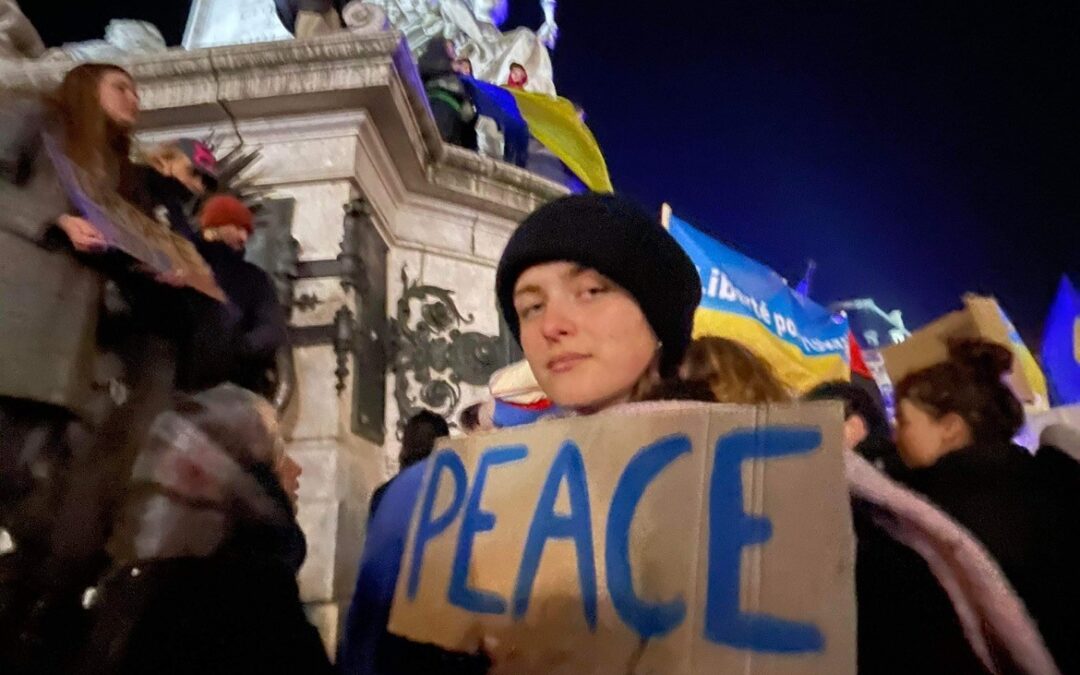 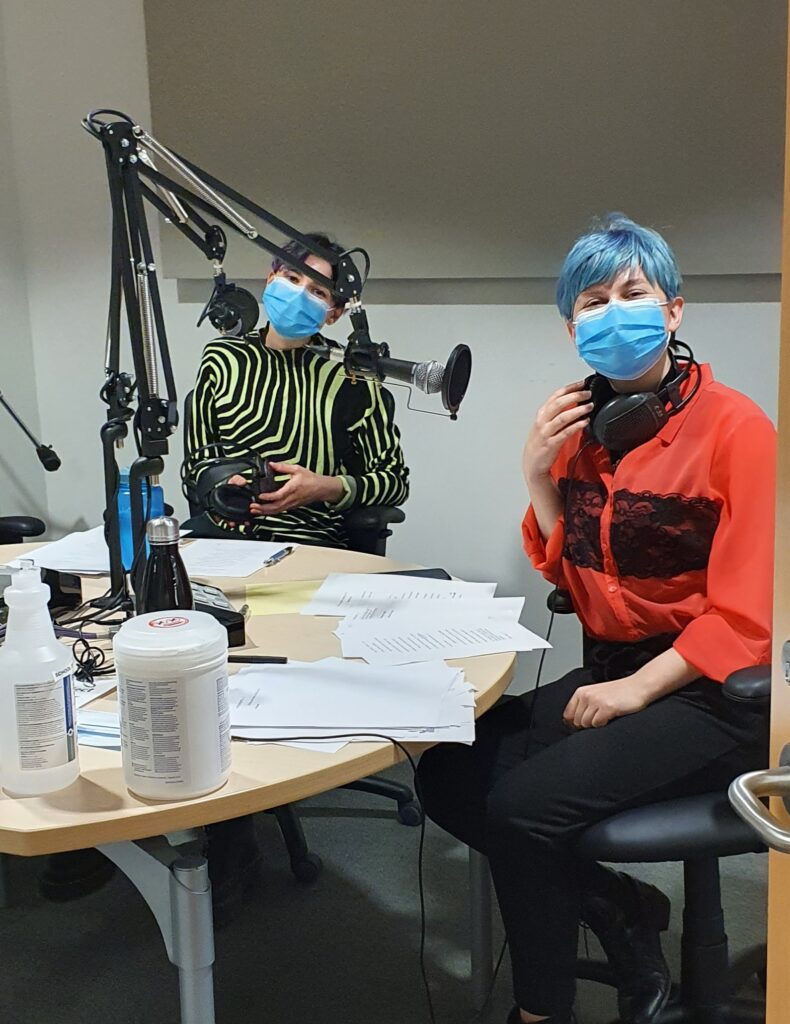 Big stories this week, both at home and abroad: Ontario’s premier announced just before our air time that masks would finally be coming off…soon…in some places; over in Ukraine, though, war went on without any signs of relief…putting our local inconveniences in stark perspective.

Reporter Talar Stockton opened our show with a quick update on Premier Doug Ford’s press conference in Brantford, and was back later in an interview with University of Ottawa professor and epidemiologist who warned it seemed to him still too early to ease COVID-19 precautions, saying this needs to be driven by data and not deadlines.

Then we had a documentary by Katherine Zhang about Heartbeat Ukraine, a fundraising campaign to support efforts that include the Mukachevo volunteer center in western Ukraine, which works to get food and medicines to refugees who can’t get out of Ukraine and much-needed basic equipment for the territorial defence forces. It was launched by Ivanka Marchenko, a Ukrainian studying at McGill University in Montreal, and others — that’s her above at a protest in Paris. 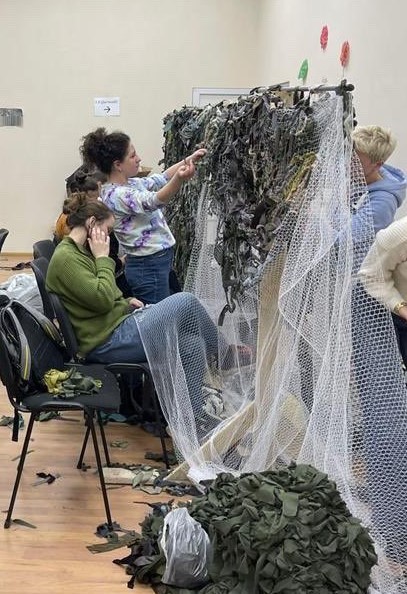 One business caught by surprise by the outpouring of support for Ukraine was the World of Maps store in Ottawa — the day after Russia’s invasion, their phones rang steadily with orders for Ukrainian flags, lapel pins and other symbols, and demand has grown ever since. Midweek’s Jonathan Rudnicki spoke with a store employee about how they’ve turned this brisk business into a fundraiser, matching donations customers make to the Red Cross.

Solidarity has a local side, too: Midweek’s Ben Sylvestre reported on an event called The Community Solidarity Rally and March held to try and heal some of the hurts caused during the recent convoy occupation in the capital that left especially people in marginalized communities feeling vulnerable.

Kail Schlachter interviewed an organizer of the Better South Keys Centre community group about how it wants to see transit planning done right through the first half of this century, and Jonathan Rudnicki was back with a look at how others are taking a long view on how the Rideau Canal Skateway can be protected from climate change.

Talar Stockton returned to tell us about how changes at the Bandcamp digital music platform are making some musicians nervous, and Tuvana Sahinturk told us how a Carleton University design collaborative has been short listed to present at the prestigious Venice Biennale of Architecture next year.

Back to the Ukraine story: Tough economic sanctions against Russia have had immediate bite — but some bystanders have been bitten in unexpected ways. Midweek Tamanna Khan spoke with Donna Fenton, a PhD student at Carleton University who has been financing her studies by teaching online courses at North-Eastern Federal University in Yakutsk, Russia, but now can’t get paid because Russia has been barred from the SWIFT system for moving money internationally. 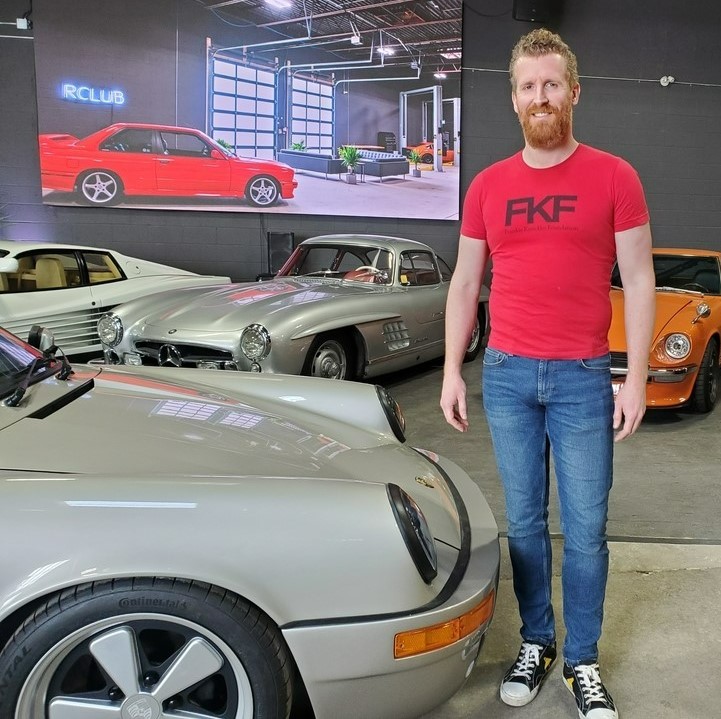 Malcolm Strachan is the operations manager of RCLUB in Toronto.

Midweek’s Ann Pill and Rebecca Weston tracked down two Ukrainians now getting surprise help from total strangers who are booking and paying for Airbnb stays with them that they never intend to use. One they spoke with is stranded in Indonesia, where he was visiting when the Russians invaded.

But here in North America, much of life goes on undisturbed — except maybe by the revving of an engine. Tamanna Khan took us on a visit to RCLUB in Toronto, a hangout for those who love high-performance or collectible or just kinda weird cars.

Midweek’s Krystin Ptaszkiewicz spoke with a learning strategist at Carleton’s Paul Menton Centre for Students with Disabilities about the misconception that children grow out of Attention Deficit Hyperactivity Disorder, and reporter Rose Danen spoke with another education expert about why “food literacy” is increasingly seen as an important thing to teach.

The Canal’s ice isn’t the only type endangered by climate change; Midweek’s Sarah Pledge Dickson brought us a sobering look at what it could mean to permafrost in Canada’s arctic and subarctic areas that are already seeing soil sag and collapse as ground layers that had traditionally stayed frozen year-round now soften with increased heat. 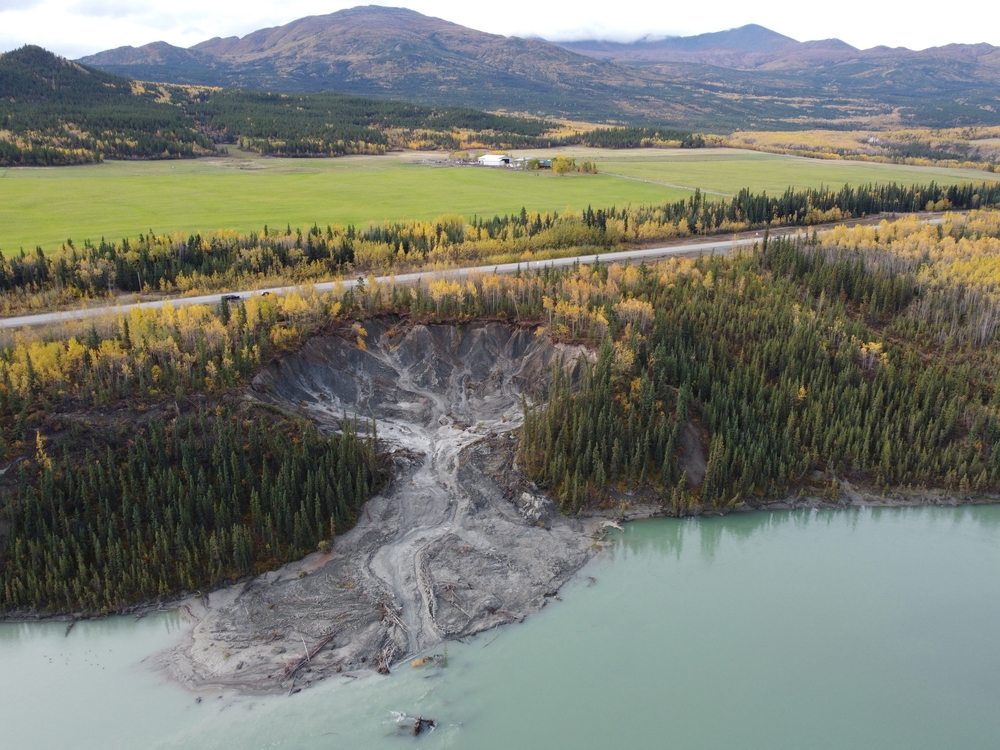 One impact of permafrost melting can be retrogressive thaw slumps like this one in the Takhini Valley, Yukon. (Credit by Antoni Lewkowicz)

Reporter Rose Danen introduced us to foster parent Lauren Van Ewyk, whose home near Sarnia, Ont., is one of the few in the province that’s wheelchair accessible, and who knows well how hard it is for children with disabilities to find home within Canada’s foster care system.

But still it keeps pulling us back: Ukraine. Midweek’s Michelle Liang reported on a Stand with Ukraine fundraising effort by the Ottawa branch of the Ukrainian Canadian Congress, and Rebecca Weston found another local business trying to do its part: the Life of Pie bakery’s owner has Ukrainian roots, and they’re joining the distant fight by making Ukrainian flag cookies to raise money for the Red Cross — and they’re selling like…well, this isn’t a time for puns: they’re selling faster than they can make them.

But sometimes it’s all too much, with pandemics and wars and specials needs we can’t meet…and it’s time to disappear into some “comfort food” task…like knitting. Midweek’s Ann Pill met up with Victor Dimitrov, who started knitting and creating rugs during the pandemic just as something to do, and has ended up turning it into a small business. Yes: that’s a note to end on — the sounds of tufting guns…and not the other sort.