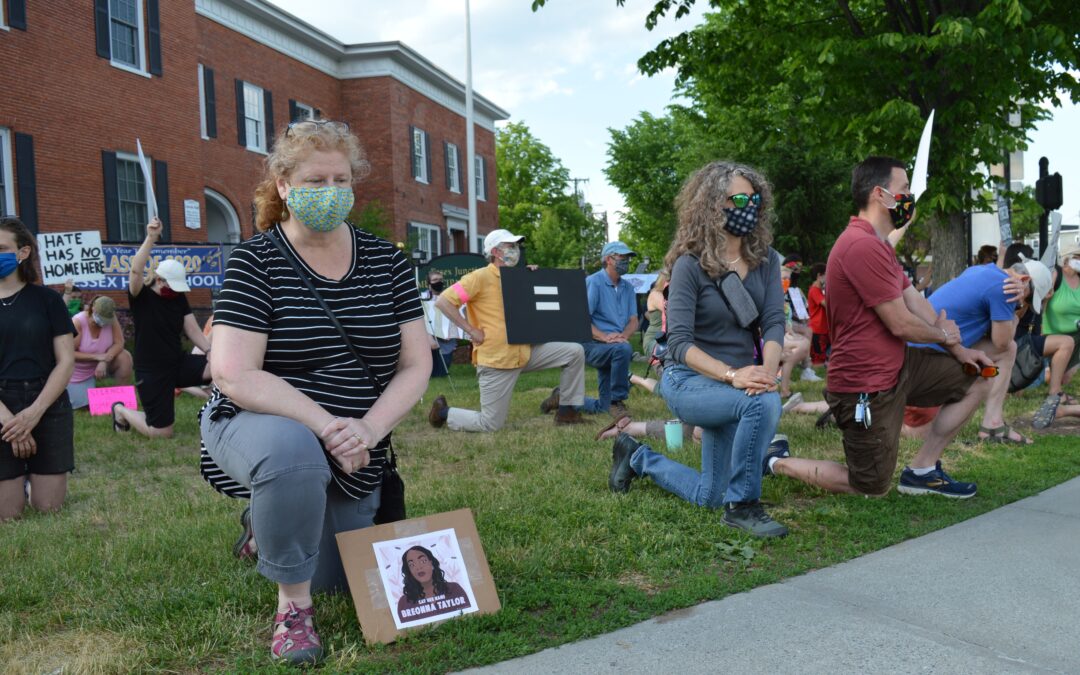 Welcome back to another three editions of the Midweek podcast. This week, our reporters looked back on the aftermath of the U.S. election in Vermont, spoke to a young person trying to find a job during  COVID while being at high risk, period equity in Ottawa, and more. 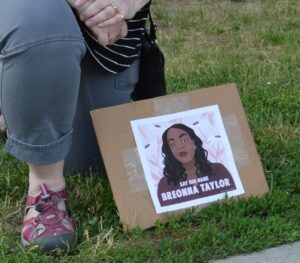 Protesters in Essex, Vermont, gathered this summer to protest the police killing of George Floyd, Breonna Taylor and other Americans of colour, in solidarity with demonstrators across the country.” (Photo by Kelly McCutcheon Adams)

Podcast 1:  Weeks after the U.S. election took place, U.S. President Donald Trump has yet to concede that opponent Joe Biden will become the country’s 46th president. Midweek reporter Graham Swaney takes an in-depth look at how Vermont has weathered a campaign season that has been both bitter and inspiring.

And while the U.S. goes through a change of government, the Canadian Hospice Palliative Care Association is trying to get the attention of our governments.

Midweek’s Kieran Heffernan spoke to Kelly MacLaren, the association’s development and partnership officer, about the need for provincial governments to implement more compassionate policies around end of life visitations in hospitals and long-term care facilities.

We also hear from a woman who stepped in to produce a burlesque and drag show after the original producer stepped down. Midweek podcast co-host Matthew Newell spoke to Shade Nyx, who says the Rainbow Bristro’s An Evening of Sin helps newcomers try their hand at burlesque and drag in a safe environment.

Finally, we hear from a facilitator of a local obsessive-compulsive disorder support group. Podcast co-host Rima Moussalli spoke to Amanda Glouchkow about what the group does and what it has been like to have virtual meetings during the pandemic.

This podcast was produced by Warren Reid and Kate Schellenberg.

Podcast 2:  As temperatures drop in Ottawa and the days get shorter, humans are not the only ones dealing with the winter blues. Puppies, like people, can also experience seasonal sadness. Midweek’s Hannah Rivkin spoke to some dog owners about what the puppy blues look like and how to handle it. 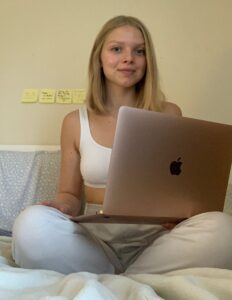 Meanwhile, Midweek’s Emily Koch spoke to a student about the sad reality that she might not be able to make it home for Christmas in Dartmouth, N.S. The student must isolate due to changing COVID rules in that province, and so far, her parents have had no luck finding her a place to isolate in.

Also receiving some bad news are victims and survivors of sexual violence in Ottawa as the Ottawa Rape Crisis Centre temporarily closes for six to eight months. Midweek’ podcast co-host Ingrid Mutoni spoke to a former counsellor at the centre about the closure.

And on the long list of struggles women face in daily life is the difficulty some have with affording necessary menstrual products. Midweek’s Taylor Clark tells us that story.

This podcast was produced by Meral Jamal and Kevin O’Rourke McColl. 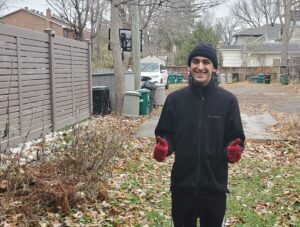 Despite freezing temperatures, Federico Lacasia is committed to his goal of running 60 kilometres this “Movember.” (Photo provided by Lacasia)

Podcast 3:  Growing out one’s facial hair for the month of November is called “Movember” or “No-Shave November,” and it’s mainly meant to raise awareness for prostate cancer. The campaign has also evolved to become about men’s mental health as well.

Midweek’s host Ethan Diamandas spoke to a Carleton University student who is running twice a week to raise money for a cause he knows first hand is important.

We also hear from a student whose asthma puts her at a higher risk if she contracts COVID, but who like many faces mounting student debt and bills to pay.

Erin Boyne is left with few options as most jobs currently available are frontline jobs. Midweek’s Natalie McGrath spoke to Boyne about the dilemma she’s facing. 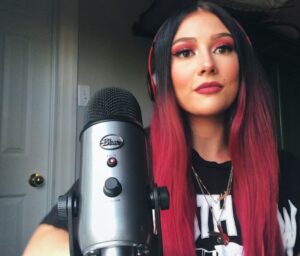 Finally, there’s the dilemma of keeping or returning pets that may have been adopted early in the pandemic with the best of intentions, but are now the subjects — or victims — of second thoughts.

Midweek’s Paige Kahkonen spoke to Carly Height, the social media co-ordinator for the Ottawa Stray Cat Rescue, who says while the impulsive adoption of a cat worked out for some, others have had to return them.

This week’s podcast was co-hosted by Hamza Ali and produced by Kayla Holmes and Hamza Ali.