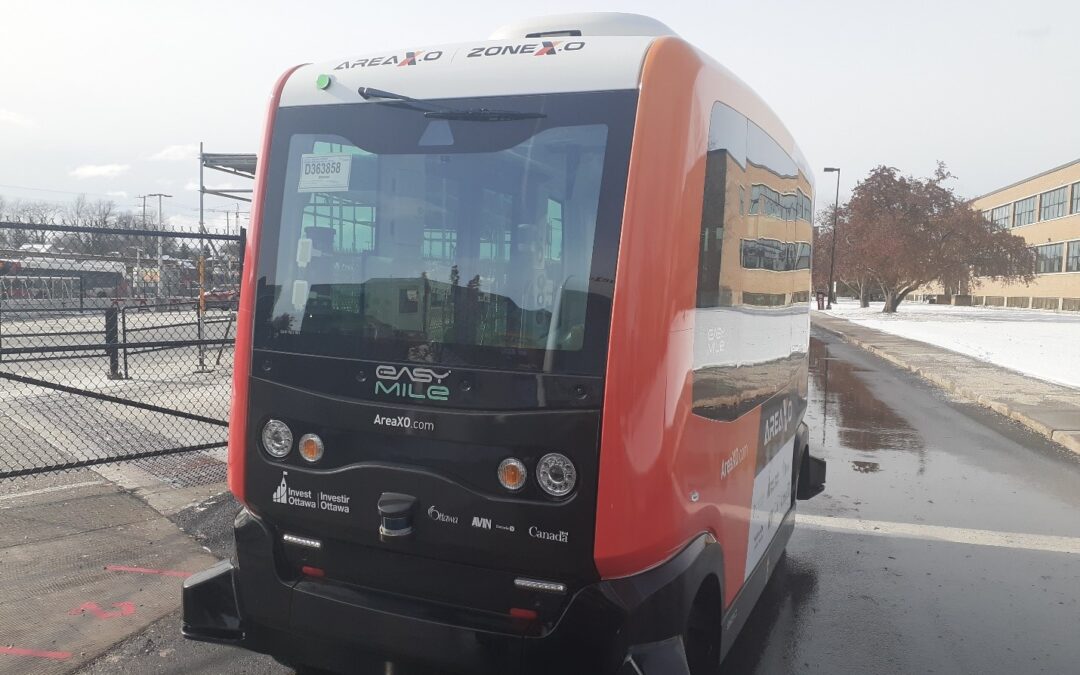 ŪWelcome back to the Midweek podcasts! This week we have three new ones for you with stories that range from ‘maskne’ and how to deal with it, seasonal affective disorder in the time of COVID, self-driving shuttles, burlesque, and of course, the U. S. election. 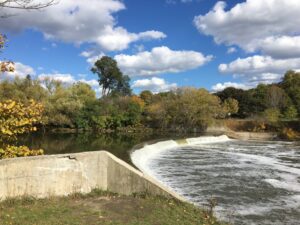 The salmon running up Toronto’s Humber River can sometimes be spotted leaping over this waterfall in Home Smith Park. (Photo by Kevin O’Rourke McColl)

Podcast 1:  As the earth faces more stress due to climate change and pollution, governments are finally scrambling to create policies to mitigate its effects.

On Oct. 30, a ban on single-use plastic bags came into effect in Nova Scotia, a year after the provincial government announced the plan. Midweek reporter Warren Reid (one of this week’s hosts) spoke to an expert who has studied the impact of plastics on Arctic seabirds and who welcomes this change.

Meanwhile, salmon in Lake Ontario are doing their best to migrate upstream in Toronto’s changing rivers to spawn each fall. Why? Midweek’s Kevin O’Rourke McColl spoke to a conservation expert to understand this phenomenon.

Salmon travel upstream to survive, and a local theatre that’s been battling the current of these times has found innovative ways to earn revenue while their doors are once again closed during the second wave of COVID. Midweek’s Camryn Patterson spoke to the co-owner of the Mayfair Theatre about how they’re staying afloat by resuming their name-plaque fundraiser.

The pandemic has affected businesses of all kinds — including those that need to keep a low profile. Midweek’s host Kieran Heffernan spoke to a woman who works in a massage parlour where some employees also do under-the-table sex work. She explained how — like all workers nowadays — they’ve had to adapt to keep themselves and their customers safe.

This week’s first podcast was produced by Ingrid Mutoni and Matthew Newell.

Podcast 2:  Our second podcast’s hosts are Natalie McGrath and Taylor Clark, and they  take us through stories about self-driving vehicles, a world without policing, and the accessibility of birding. 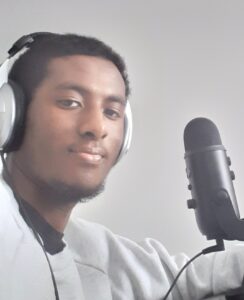 But first, the U.S. election: After months of controversy and debate around mail-in ballots, Pennsylvania voters arrived at election day wondering if all mail-in ballots would be counted. Midweek’s Graham Swaney spoke to his grandparents, who live just outside Philadelpia, about their concerns.

Another major issue related to the U.S. is policing. This summer, the death of a man named George Floyd at the hands of police sparked major protests and unrest across the U.S. and even Canada. It led to growing calls towards defunding police departments or other ways to reform law enforcement — not just in the U.S. but around the world. Midweek’s Meral Jamal spoke to a Toronto activist about reimagining a world without policing and prisons as we know them today.

Area X.O is operated by InvestOttawa, along with Transport Canada, the city of Ottawa and EasyMile, It has just launched its first autonomous vehicle testing, a landmark moment for the city, and Midweek reporter Hamza Ali checked out what the experimental driverless shuttles are like and how this may change how we get around. 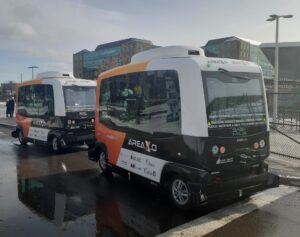 We’ll also hear from a local CrossFit gym owner about how he learned to adjust during COVID as restrictions are constantly changing. Midweek’s Ethan Diamandas tells that story.

On a lighter note, a group of young people is also advocating for something they care about—birdwatching. Birding has seen a surge in popularity over the pandemic, but it’s not always accessible to young people. Midweek’s Kayla Holmes spoke to a group in Victoria that is trying to change that.

This podcast was produced by Natalie McGrath and Taylor Clark. 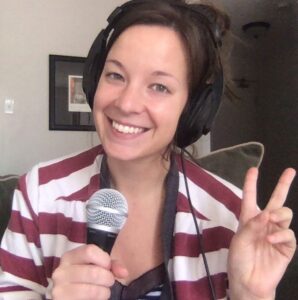 Podcast 3: In this podcast, we will hear about burlesque dancers during COVID, the woes of maskne, seasonal affective disorder, and more.

We will hear about how burlesque dancers are ready to shed some layers during this cold season, while they continue to perform during a pandemic. Our co-host Kate Schellenberg tells that story.

The stage is also looking a lot different for theatre students as the pandemic has forced classes to move online. Midweek’s Kindra Squire spoke to Rachel Arnold, a second-year student who had to learn to act through a screen. 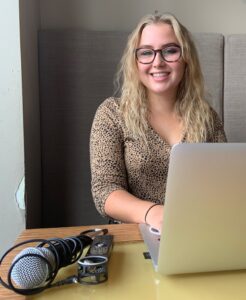 Another pandemic woe is ‘maskne.’ As masks become a new staple accessory to every outfit, some people are developing acne as a result of wearing a mask for long hours. Podcast co-host Emily Koch spoke to a local dermatologist to get answers to all your questions about masks and acne — and tips for how to deal with it.

Finally, we hear about a phenomenon that can affect many people during the colder months of the year—seasonal affective disorder, also known as SAD. Midweek’s Hannah Rivkin spoke to some folks who know it well about  how to deal with it as it overlaps with COVID.

This week’s podcast was produced by Paige Kahkonen and Rima Moussalli.