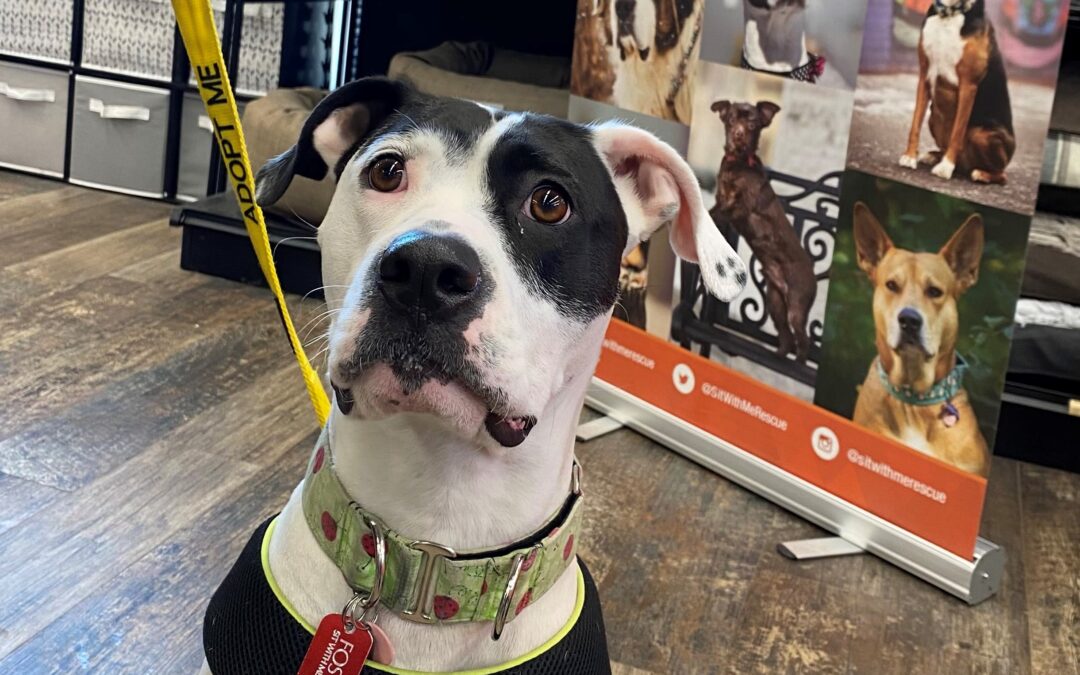 The days are getting shorter and life may be slowing down, but the stories never stop. This week, Midweek’s reporters bring you stories about the U.S. elections that are just around the corner, the impact of closing gyms during COVID on peoples’ mental health, and much more. 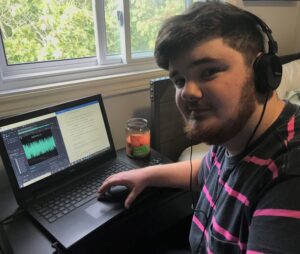 Podcast 1:  Hosts Camryn Patterson and Matthew Newell take us through the stories about equity in journalism school, altering diets after surgery, adopting dogs, and stalled dreams.

Students and faculty at Carleton University’s journalism program recently established the Association for Equity and Inclusion in Journalism to address issues of discrimination in their field. Midweek’s Emily Koch spoke to executive member Tobin Ng about the association’s goals for this year. 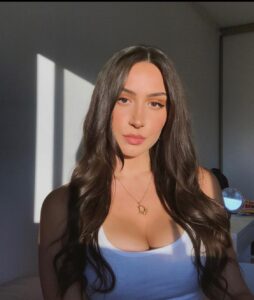 Student Ashley Battista’s plans of becoming a personal trainer have hit a wall as gyms close.

We also hear about a push for adopting instead of buying dogs. Sit With Me is a shelter dog rescue organization that had a fundraiser during National Adoption Week to display their candidates for adoption. Midweek’s host Camryn Patterson spoke to Ashley Ladouceur, a member of the group’s board of directors.

Then we meet someone who is adopting a healthier lifestyle after undergoing brain surgery to remove a tumor. Brian Newell has been trying out some new recipes because the near-death experience made him decide to prioritize doing the things he enjoys. Midweek host and Brian’s son, Matthew Newell, brings us that story.

Finally, Midweek’s Natalie McGrath tells us the story of an aspiring personal trainer and student who has been affected by closing gyms again due to the second wave of COVID-19. Ashley Battista spoke about the impact the closures have had on her mental health.

This podcast was produced by Kindra Squire and Kate Schellenberg.

Podcast 2:  This week’s second podcast was produced by Warren Reid and Meral Jamal. They put together stories about the ongoing police violence in Nigeria, adapting to gym closures, and Ottawa’s seemingly solid real estate market. 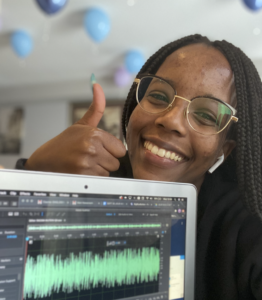 #EndSARS is trending on the internet. The hashtag is not referring to the virus, but to the Special Anti-Robbery Squad of the Nigerian police force. Midweek host Ingrid Mutoni spoke to a Nigerian citizen and former president of Carleton University Students’ Association about the protests across the world against police brutality in Nigeria.

Ottawa’s gyms, indoor dining, and organized sports have once again been put on hold as the  local pandemic spikes up a bit.  Midweek’s Ethan Diamandas spoke to a Carleton student about how she has modified her workout routine as a result, trading the university gym and its fancy equipment for a back porch and a piece of rope.

While businesses continue to be hit by the pandemic, Ottawa’s real estate market was hot this summer as homes sold for more than the asking price. Midweek’s Paige Kahkonen spoke with an Ottawa real estate agent about the local market during the pandemic and what it might look like in the future.

Podcast 3:  Hosts Kieran Heffernan and Rima Moussalli take us through what writing midterm exams online looks like, what a virtual jazz festival sounds like, and what the upcoming U.S. election feels like. 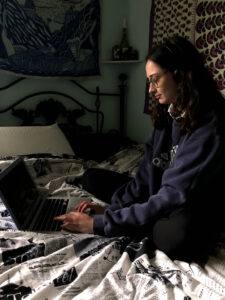 Reporter Taylor Clark at “the office”

But first, University of Ottawa support workers who belong to the Ontario Secondary School Teachers federation are taking a stand against cuts to their benefits. Midweek’s Graham Swaney spoke to federation president Harvey Bischof.

School moving online hasn’t been easy for anyone, and the already stressful activity of having to write a midterm exam became even more stressful as students do it on screens scattered far and wide. Midweek’s Taylor Clark checked with Carleton University student Daniel Persaud about how he’s navigating midterms online.

Events taking place online don’t always have to be stressful, though. Karen Oxorn organized a virtual edition of Merrickville’s Jazz Fest, and told Midweek’s Kieran Heffernan she felt encouraged by the community to do so despite the pandemic.

Like millions of others, one political science student in California has her eyes on the upcoming presidential election. Midweek’s Rima Moussalli spoke to Stephanie Scaglia about fears and hopes as the American people elect their next president.

This podcast was produced by Hamza Ali, Kayla Holmes, and Kevin O’Rourke McColl.