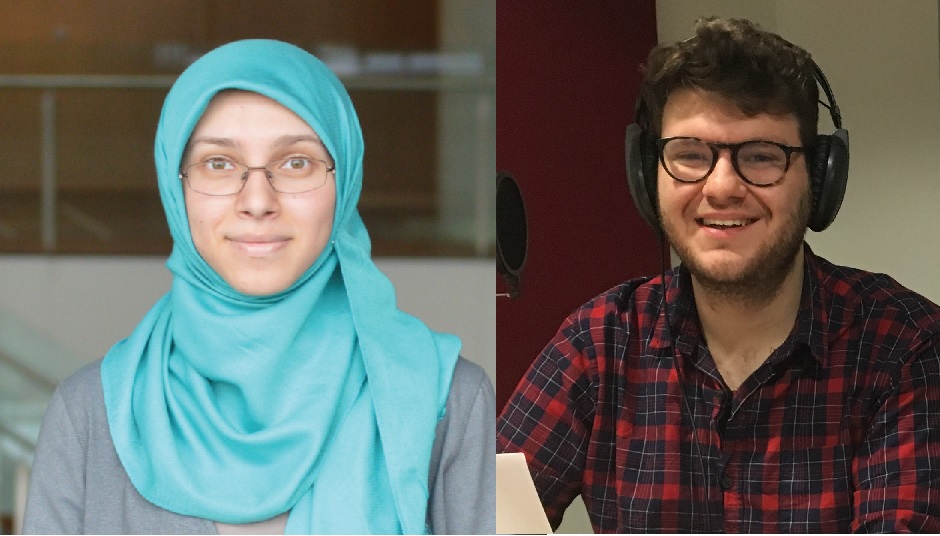 Some wonderful news: Documentaries by two members of our latest season’s Midweek crew have just won scholarship awards from the Radio Television Digital News Foundation of Canada. In fact, they won three of this year’s five RTDNF scholarship awards!

Noah Richardson‘s documentary on the Sock ‘n’ Buskin Theatre Company for our March 28 show was awarded the 2017-18 RTDNF Scholarship and the RTDNF George Clark Scholarship, given to the work judged to be the best overall from the year’s scholarship winners.

Here’s a link to that documentary on Noah’s own Soundcloud site.

Midweek’s Salma Mahgoub won this year’s The Canadian Press / Eric Murray Scholarship given out through the RTDNF for her documentary on a catering business started in Ottawa by a group of women who came to Canada as refugees from Syria.

Salma’s story from our February 28 Midweek show is here.

And here is a link to the Radio Television Digital News Foundation of Canada’s own site for explanations of the scholarship awards.

A huge “CONGRATS!” to both Noah and Salma from the whole Midweek crew and all of us here at the School of Journalism and Communication at Carleton University!