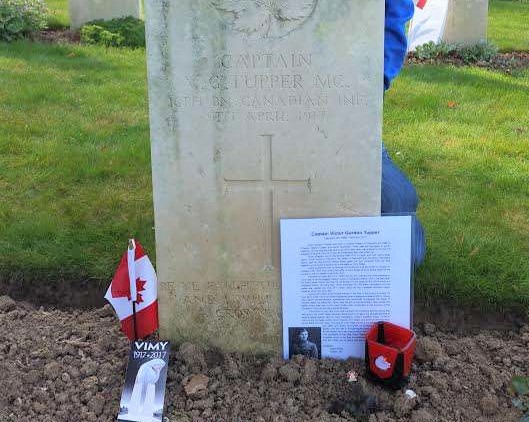 Canada marked its first Remembrance Day on November 11, 1931,  to mourn and honour the fallen soldiers who fought in the First World War. Eighty-nine years later, we’re still remembering. In this week’s editions of the Midweek podcasts, our reporters bring you stories about war, pain, service and  ways we’re remembering in the time of COVID. 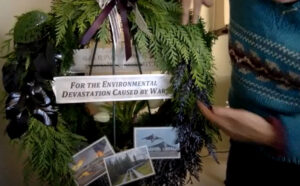 Teresa Gagné shows off one of the wreaths she has made, to be laid at the “Let Peace Be Their Memorial” Ceremony.

Podcast 1:  Remembrance Day is traditionally about honouring fallen soldiers, but a Vancouver-based organization is trying to shift the focus on victims of the war who are often overlooked—civilians. Kayla Holmes, a co-host of this podcast, spoke to a member of the Vancouver Peace Poppies who reflected on the broader cost of war.

The Timmins Public Library has created an outdoor Remembrance Day-themed story walk allowing families to commemorate Remembrance Day a little differently this year. Midweek’s Taylor Clark toured the story walk and spoke to Melissa Vieno, early childhood education adviser, about the walk and how it promotes literacy in children.

While a walk helps give kids and their families an overview of this important day, a new film looks at the contribution of Ukrainian Canadians during the Second World War. Midweek’s Kevin O’Rourke McColl spoke to the filmmaker.

Finally, Midweek’s Kate Schellenberg spoke to a Mennonite about her thoughts about pacifism on Remembrance Day, and about how there are many ways to serve in a world still full of struggles, large and small.

This week’s podcast was co-hosted by Ingrid Mutoni, and produced by Hannah Rivkin and Ethan Diamandas. 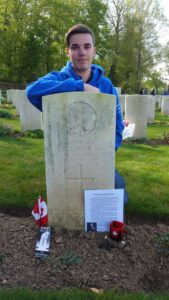 Adam Prittie at his ancestor’s grave at Vimy Ridge in 2017. ©Adam Prittie

Podcast 2:  One way to remember past conflicts is by wearing a poppy; another is by collecting war and military memorabilia, and studying the history that goes with it. Midweek’s Kindra Squire spoke to Adam Prittie about what his collection of military hardware, badges, and other items means to him.

Other folks find their memories of tense and dangerous times aren’t tied to physical items but rather live in the backs of their minds. Midweek’s Natalie McGrath spoke to her mother, Maria Pagliarello, about her role in helping land aircrafts on 9/11 as a Transport Canada employee.

Trying to remember the fallen in 2020, however, has been different. Public health restrictions due to COVID-19 has forced changes to Remembrance Day ceremonies. Midweek podcast co-host Hamza Ali spoke to the poppy chair at the Royal Canadian Legion’s Orleans branch about the challenges they faced trying to scale down their ceremony. 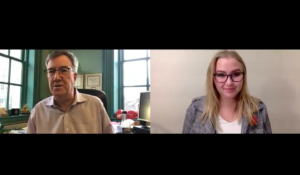 Finally, co-host Paige Kahkonen spoke to Ottawa’s mayor, Jim Watson, about what measures the city had to take to ensure a COVID-safe Remembrance Day ceremony. He also spoke about what it has been like governing the city during the pandemic.

This week’s podcast was produced by Camryn Patterson and Kieran Heffernan. 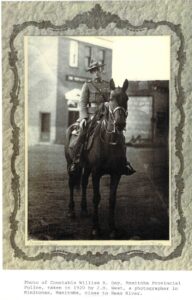 Podcast 3:  As much as Remembrance Day is a day of remembering those who died in wars, it’s also a chance to reflect on what the Canadian military has done in the years that followed.

Midweek’s Emily Koch, spoke to recently retired Lieutenant Colonel Scott Dennis about his time in the air force. After over 20 years in the military, he has many interesting memories to share.

Some veterans never speak of their war experience, but Donald Robertson had stories passed onto him from his late father. Podcast co-host Matthew Newell spoke to him about those stories and the importance of remembering on November 11.

Another person sharing stories passed onto them is Bill Day. He spoke to Midweek’s Rima Moussalli about his father and grandfather’s experiences in the Canadian army.

This week’s podcast was co-hosted by Meral Jamal, and produced by Emily Koch and Graham Swaney.