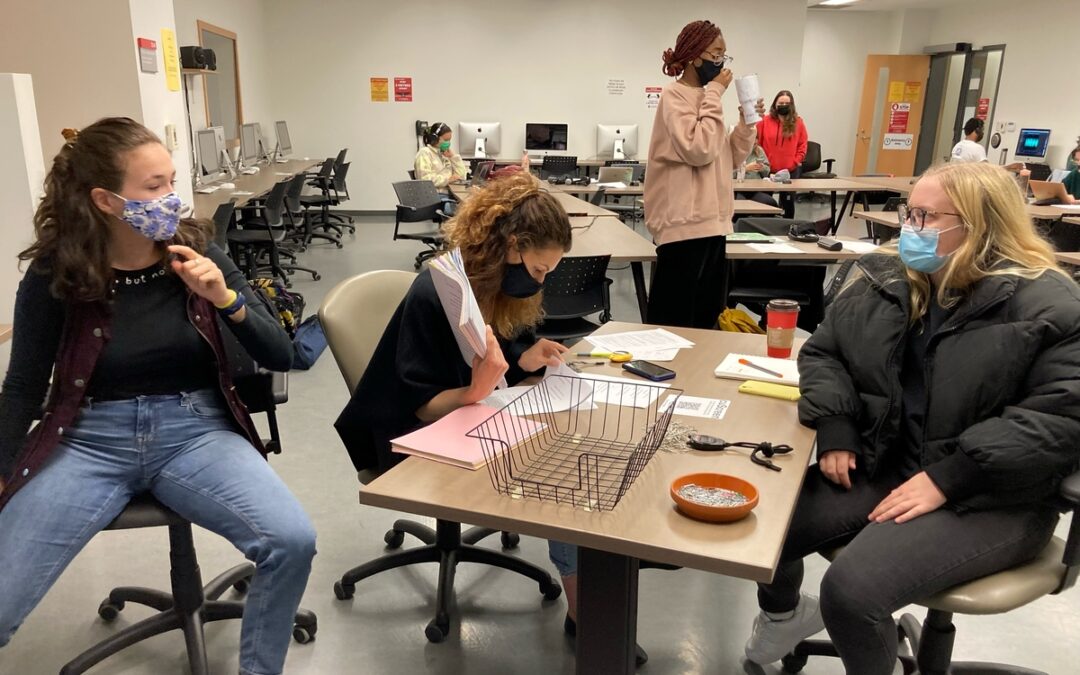 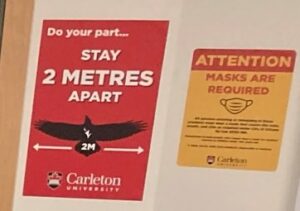 Reminders are everywhere — and rightly so!

In the words of the song, “There’s nothin’ in the world that feels like coming home…” — and the Midweek show is finally there: back in our newsroom and studios on the ground floor of Richcraft Hall on the Carleton University campus in Ottawa.

Midweek is produced by senior students in the bachelor and master of journalism programs at Carleton, but the pandemic closed the campus as of mid-March 2020.

During both terms last year — from September to April — Midweek’s journalists collaborated online from locations scattered from the United Arab Emirates and Brazil to the Maritimes, Toronto, Timmins, Northern Saskatchewan and B.C., and from big cities to small towns and rural homes with dodgy internet connections. 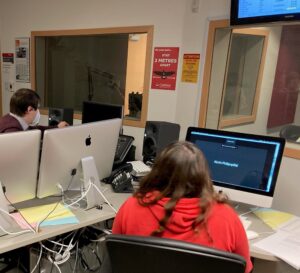 They produced three podcasts a week that way, for a total of 54 for the two seasons. That was quite an accomplishment, given all the givens.

Now, though, we’re nearly all back together in person, and back making our newsroom hum!

Some things are different, though: We’re all wearing masks, of course, and need to spread out as we work. The monitor of every second computer around the perimeter of our newsroom is turned to the wall, so workstations are kept the required two metres apart.

Normally our control room during a show is a busy spot, and our producer of the week traditionally works shoulder to shoulder with a teaching assistant as we adjust the length of music and rearrange items to make all of our stories fit in the 84 minutes or so we have for the show.

Now, though, we’ve had to improvise: our TA worked in the newsroom on the other side of a glass window, speaking with our producer via a Zoom-like program as an intercom. Worked just fine! 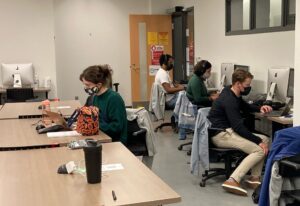 The angle hides it, but our reporters are quite spaced out — geographically, that is.

Everyone coming into our building needs to pass through a screening process to confirm they’re vaccinated and allowed in, but that didn’t stop Midweek reporters on our first live-show day from running around to chase same-day stories and coming back to finish them off as the show was already on the air … and their turn in the show steadily approached.

It all got done, though — in a safely distanced, safely masked but still heart-racingly Midweek manner.

Yup: Good to be home and back in action!