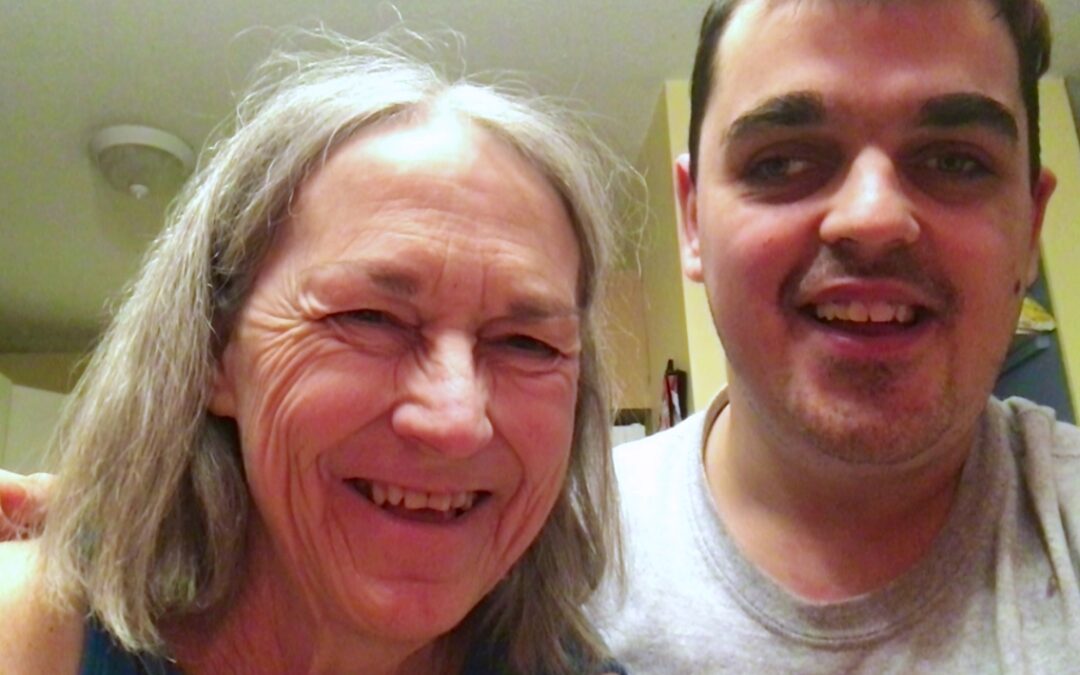 Different sorts of arts fill this week’s Midweek podcasts — from drama, music, film and special-effects makeup to the art of dealing with others who have a problem with who and how you are.

Podcast 1:  First, though, a look at a different sort of act of creation that’s a little bit art, a little bit craft, and a lot a miracle: birth. Amid the gloom and loss of life in the pandemic, new lives have still begun. Midweek’s Hana Sabah introduces us to those who work with expectant mothers, and finds out how they’ve had to adapt to the current realities.

This week was Intellectual Disability Week in Quebec, and Midweek’s Jennifer Prescott checked in with her mother-in-law, who lives in Gatineau. Line Beauchamp cares for her son, Maxim Renaud, who is 27 and was born with Fragile X, a genetic intellectual disability. (That’s Line and Maxim in the photo above.) Maintaining the routines that keep Maxim grounded has been a challenge for them both during the pandemic.

Theatre is a challenge in these days of distancing, but the Sock ‘n’ Buskin theatre company based at Carleton University has come up with creative ways to make sure the show still goes on. Midweek’s Angelica Zagorski spoke to Tyreike Reid, director of their production of Concord Floral.

Jennifer and Angelica co-hosted this podcast, which was produced by Jeff Pelletier and Avanthika Anand.

Podcast 2:  Zakaria Mian opens this podcast with a visit with Aydin and Shaan Gilani, who take us inside what it’s like to be an elementary and a high school student in these times.

Then we’ll meet filmmakers Tyler Green and Josh Murphy as they tell Midweek’s Emilie Warren about their new documentary The Heart of the Valley, which explores the lives of people in Pembroke, Ont.

And then our own Samantha Campling has a documentary of her own that explores the airborne lives — and aggravations — of captain Victoria Szewczyk and co-pilot Katrina Epp, who still have to put up with enduring sexism both in the air and off the job.

This podcast was hosted by Samantha and Emilie, and produced by Raylene Lung and Ciaran Morgan.

Podcast 3:  Recent outbursts of violence and abuse in Canada and the U.S. against people seen as “Asian” have brought attention to the racism and stereotypes faced by those whose family roots trace back — recently or long ago — to parts of Asia. 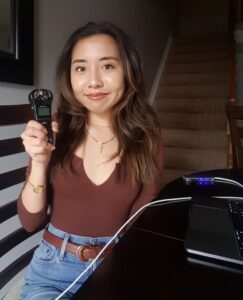 Midweek’s Eden Suh spoke with journalist and activist Cindy Tran about what it’s been like to grow up as a Vietnamese Canadian, and what she’s been doing in her community to address misunderstanding and prejudice.

A few posts ago on this blog, we introduced you to some Midweek alums now out in the professional world who have started a podcast called The AZN Connection to discuss many of the same things Eden explored with Cindy Tran in that interview.

This week, current Midweeker Meaghan Haldenby talks more with the three hosts behind that podcast about why they’re using it to examine what it means to be Asian in North America — and why this matters now in particular.

Reporter Erika Ibrahim then introduces us to a music professor at Brock University who says it’s time for consumers to … face the music when it comes to paying a fair return to the artists who produce the songs, tunes and symphonies they stream.

And Midweek’s Sarah West speaks with at Ottawa special effects makeup artist who has found ways to actually thrive during the pandemic, creatively and commercially.

This podcast was hosted by Eden and Sarah, and produced by Natasha Bulowski and Max Bakony.