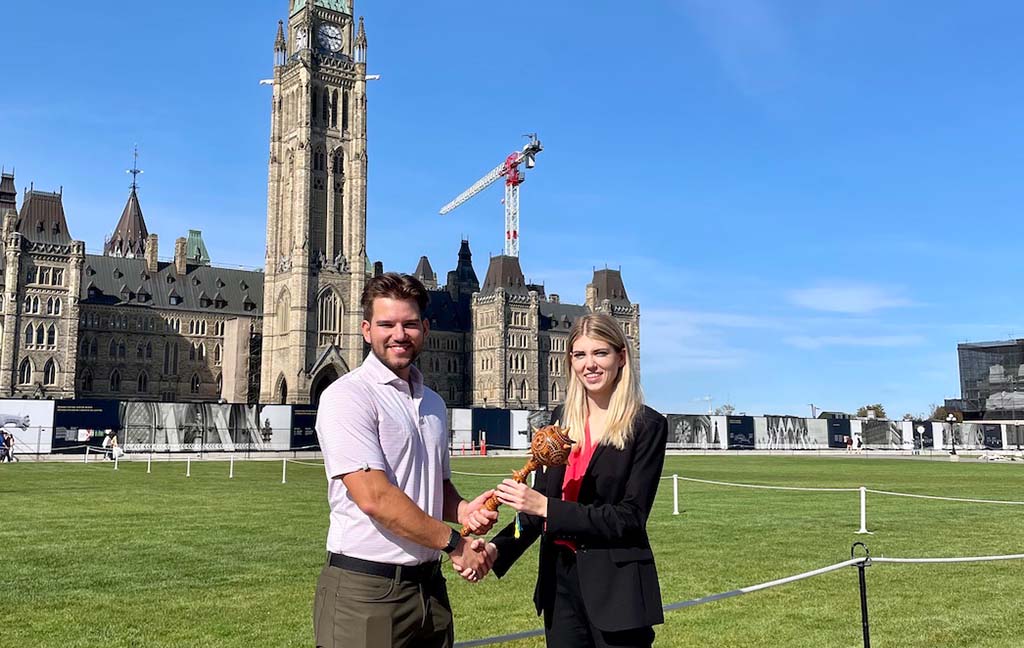 Canadian-Ukrainian youth are taking to social media to reclaim the legacy of Holodomor as the 88th anniversary of the man-made famine approaches on Saturday.

“It’s really a newer concept that this famine is now recognized as a genocide and has the name Holodomor, which means death by starvation,” said Danya Pankiw, 22, the president of the Ukrainian Canadian Students’ Union.

Sixteen countries have recognized the genocide as such, including Canada which did so in 2008.

As Russian presence intensifies at the Ukrainian border, young Canadian-Ukrainians are reflecting on this crucial moment in their collective history in a way previous generations have not.

“The older generation’s perspective is that it was not something to put a name to, often due to their own survivor’s guilt,” Pankiw said. “The youth are branding it for what it was in order to raise awareness.”

The famine swept the Soviet Republic of Ukraine from 1932 to 1933 claiming the lives of an estimated 3.9 million people.

Dasha Akhova, 22, has roots in both Russia and Ukraine and currently studies at the University of Toronto’s Centre for European, Russian, and Eurasian Studies. She said that social media helps put a spotlight on a range of voices from the Ukrainian diaspora as they explore the complexity of their identity.

“For me, Holodomor today is about setting the record straight,” she said Friday. “We are purging the extent of this Russian pressure and realizing how much it affected our identity.”

Last year, the Ukrainian Canadian Students’ Union members posted QR codes across university campuses that led to a webpage with information on Holodomor. This year, their information campaign continues in the form of infographics posted to Instagram and organizing academic panels. A group of Ukrainian immigrants established the union in 1953 to preserve their culture but it has since shifted its focus toward advocacy work.

Pankiw further contextualized this cultural resurgence as part of the broader context of youth-led justice movements across Canada.

“At this point in time there is a lot going on with other communities in Canada uncovering their past and Holodomor sits with that,” Pankiw said.

Pankiw said that the work of Ukrainian-Canadian youth is being widely recognized.

Pankiw was invited to represent Canadian-Ukrainian youth as part of a delegation that met with former Ukrainian president Petro Poroshenko in Toronto last week. Poroshenko was in Canada to attend the Halifax International Security Forum.

“I think that really speaks to [how] our parent’s generation really see how important and impactful we are for the future of the diaspora,” Pankiw said of the invitation.

“So we are going back to those roots and seeing how we can construct a very inclusive Ukrainian national identity.”