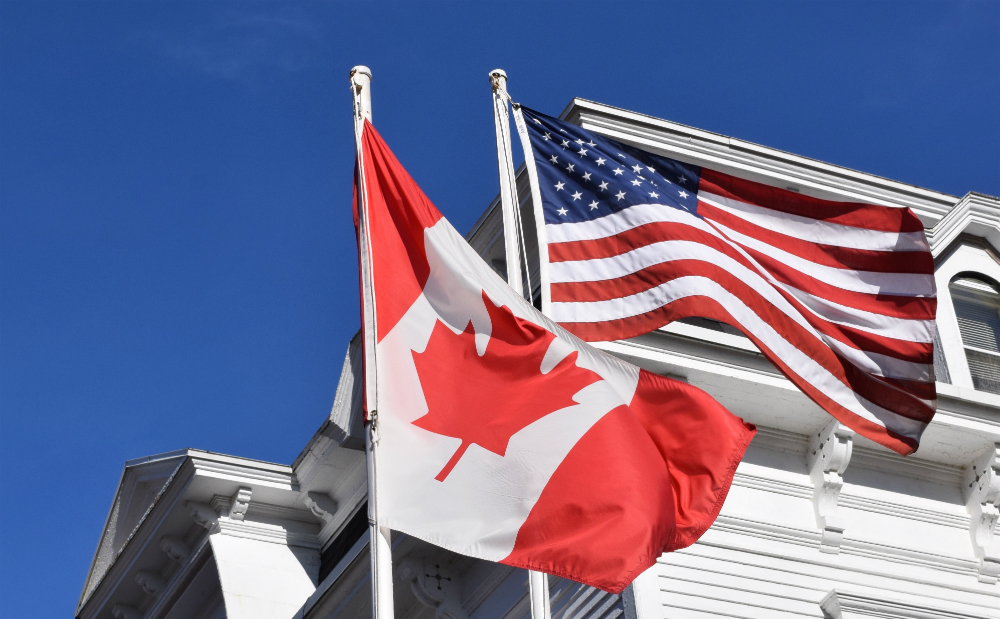 OGDENSBURG, N.Y. – An Ottawa nurse who has been spending her weekends crossing the border to volunteer in upstate New York with the Hillary Clinton campaign is among those anxiously watching today’s election.

The woman, who asked not to be named because she’s concerned about people knowing she’s involved in U.S. politics, said healthcare is only one of her concerns.

“It’s a personal thing,” she said, hesitating when asked if more Canadians should volunteer in U.S. election campaigns.

She estimated making at least a hundred phone calls while volunteering in Potsdam, during the last two weekends of the campaign. Only one person hung up on her. Though optimistic, she maintained that undecided voters will make the biggest difference in the election.

“I firmly believe if they’re on the fence and you apply just a touch, the fact that you made an attempt gives an edge,” she said. “All they need to do is see our name in the caller ID. It makes a difference that we’re reaching out.”

The woman worked in New York City as a nurse in the late 1960s. She admitted that this motivated her to volunteer.

“When it’s this kind of election, every vote counts,” she said.

She had considered volunteering in an American border town when Barack Obama ran for president in 2008, but never did. She was spurred into action this time, when she heard a radio interview in August about media-bashing at a Trump rally in Arizona. She made some calls and settled on helping Mike Derrick, the campaign team of the Democratic candidate for Congress in New York’s 21st district.

She knows quite a few people who see being a member of a political party as part of their identity. However, she says she has witnessed the divisiveness of people who don’t want to vote for Trump but have always voted Republican.

In 2014, she bought a ticket to see Hillary Clinton on her book tour stop in Ottawa. She says that even then, she felt like she was possibly in the presence of the first female president. “She’s earned it, now’s her time,” she said about Clinton. “She’ll have a hard time but she’s tough and has the experience.”

And what if Trump wins?

“I guess maybe we’ll start building a wall,” she joked.