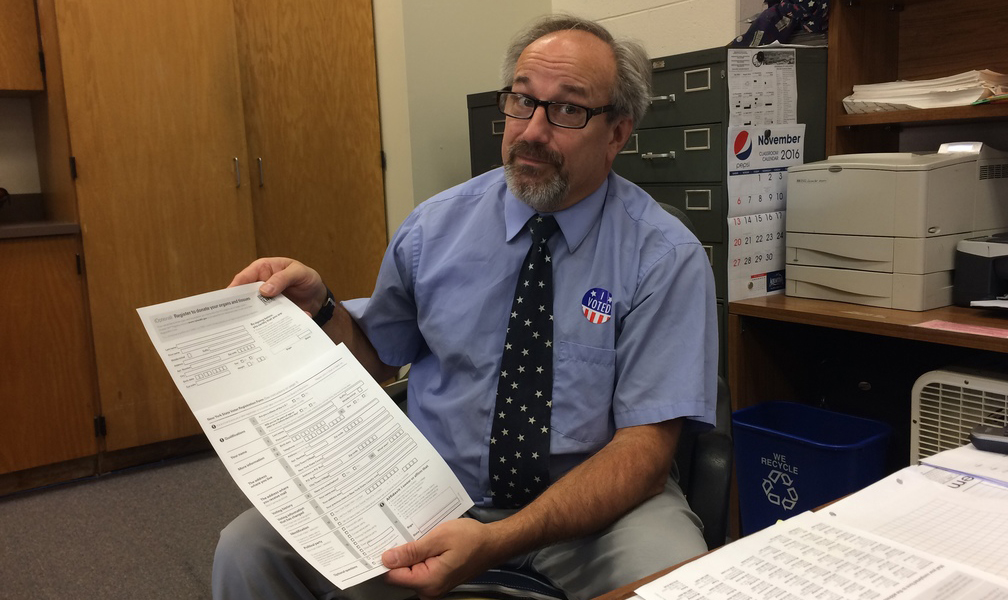 OGDENSBURG, N.Y. – Parents and teachers are worried about the impact of the 2016 U.S. presidential election on children. Both Hillary Clinton and Donald Trump have had their share of scandals: Trump is facing multiple allegations of sexual harassment, while Clinton continues to be dogged by her emails. And with youth tuning in to the election, educators and parents worry about how to address these topics with children.

The issue was raised by Patrice Brock, a teacher, during the second presidential debate. Brock said the first debate “could have been rated MA” — for mature audiences — before asking the candidates whether they were modelling appropriate behaviour for today’s youth.

George Snyder heads the Social Studies Department at Ogdensburg Free School. He said the election’s rhetoric can make students apolitical, and that it is difficult to talk about it with younger students. “They’ve been paying attention to the news,” he said, “whether it’s the salacious details or whatever, but they’re more aware and more disgusted about what’s going on. They’re just sick of it.”

Chris McRoberts, an eighth grade U.S. history teacher, said Trump’s campaign has made the election far more interesting to his students. “I haven’t really liked talking about the election to students here,” he said. “Because you have to explain too many awful things, you know, talking about that videotape that came out. I didn’t want to talk about that with eighth graders, so I didn’t.” McRoberts said Clinton’s email scandal was another issue he didn’t want to discuss with his students. “I can’t believe we’ve come here as a country,” he said.

Parents, too, are concerned about the election’s effect on their children. Dawn Hall’s 12-year-old daughter is a Trump supporter, and Hall worries about Trump’s sexism. “The way he treats women, I don’t like it,” she said. “I don’t think that’s right, and I don’t want my daughter to get the impression that that’s okay, for a man to treat a woman like that.” Hall said her daughter isn’t old enough to be discussing Trump’s sexual misdemeanors. “When she brings it up, I try talking about the other good things,” she said. “Maybe a third party would be better.”

Patricia Fritz agrees that Trump’s behaviour is inappropriate for a president. Fritz has a 12-year-old granddaughter. As to how to discuss the video in which Trump boasts about sexually assaulting women, Fritz has a clear answer: “You simply can’t talk about that with children.”