A pregnancy had left Ivonne with stretch marks across her lower abdomen — something she had wanted to correct with an abdominoplasty and lipectomy in February 2017. A colleague from work recommended a clinic in north-end of Bogota — the same clinic where Monica Salgado and Gloriela Fernandez had gone and suffered botched surgeries.

The clinic is located in a well-reputed part of the city, but the building resembled a large suburban house with no signage. Ivonne thought this was suspicious and called her colleague, who told her that the clinic was in the process of moving locations, which is why the sign was missing.

After the surgery, Ivonne awoke with a burn on her inner thigh. She was told that she fell off the operating table during the procedure and was burnt by one of the surgical tools. “They sent a nurse with me and I had a terrible night,” she said. “It was extremely painful. I couldn’t breath and my chest hurt.”

Three days later, Ivonne returned for a post-operative check-up. The doctor removed her bandages and stared at her purple skin underneath. “I saw a look of terror on his face. I asked him what happened and he said, ‘Nothing, nothing is wrong’,” recalled Ivonne. She said her doctor promised he’d monitor her regularly and give her injections to help with her circulation.

Premature dying of tissues that can be caused by damage to the blood vessels or tisssue or bacterial infections.

Ivonne began doubting the credibility of her doctor and sought treatment from another clinic. First, her new doctor asked who her previous surgeon was. “After, they told me, ‘You have necrosis in the skin. We need to remove the skin immediately because the dead skin is a nest of bacteria,” said Ivonne. She said she was shocked because she had asked her previous surgeon multiple times if she had developed necrosis, and he’d said no.

“I was on the verge of dying of an infection, and the doctor didn’t even send me for tests,” said Ivonne.

Ivonne had a 10×15-centimetre section of skin removed from beneath her belly button and had to return several times to the hospital to have infected tissue removed. She’s now left with deep scars on her abdomen and has been on anti-depressants to deal with the emotional fallout.

“I couldn’t walk and everything hurt,” said Ivonne. “I was not very efficient at work and I was emotionally destroyed. When I was at home, I wanted to die. I only thought, ‘Why? Why me?’”

*Ivonne asked that only her first name be used for this article. 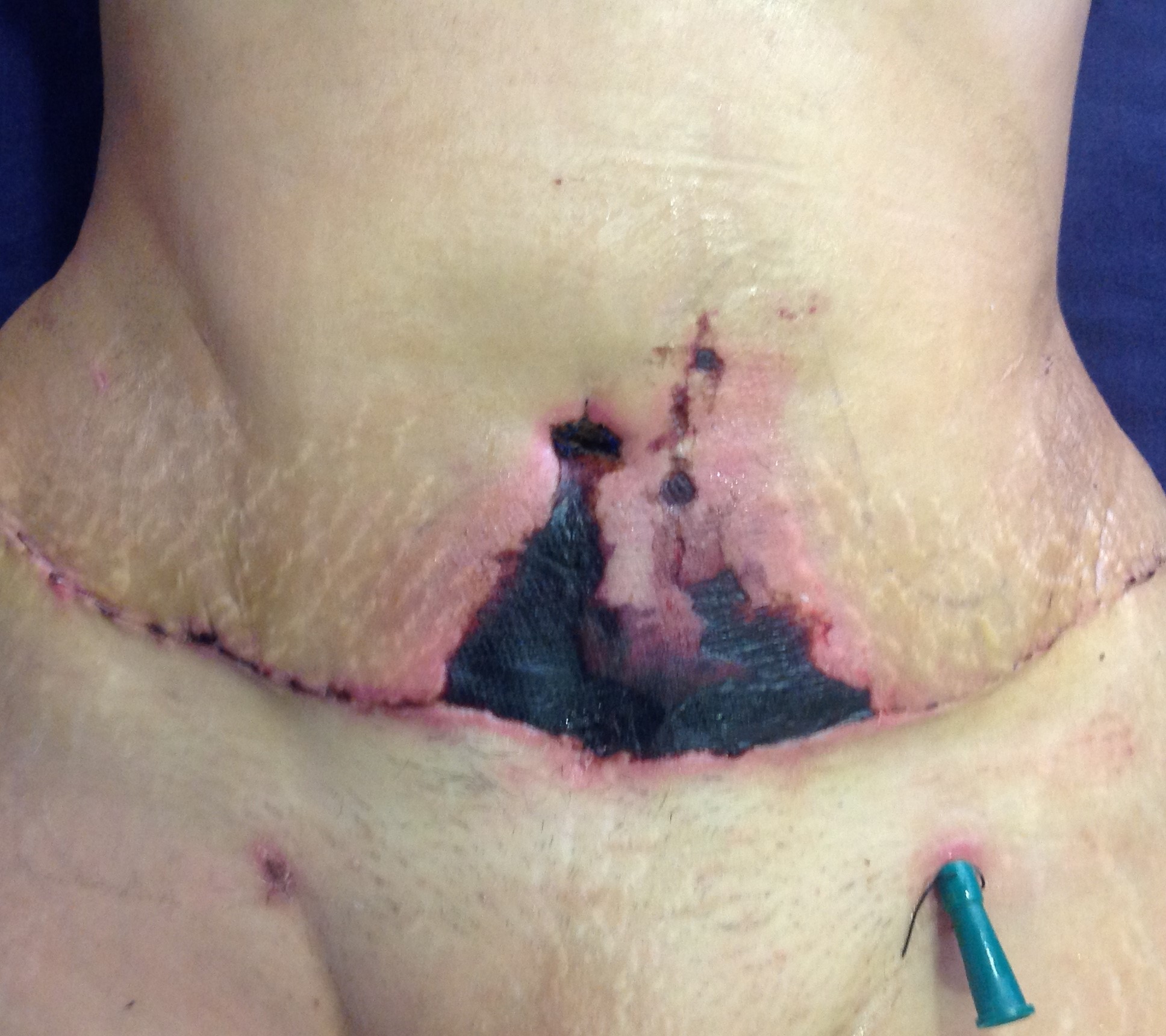 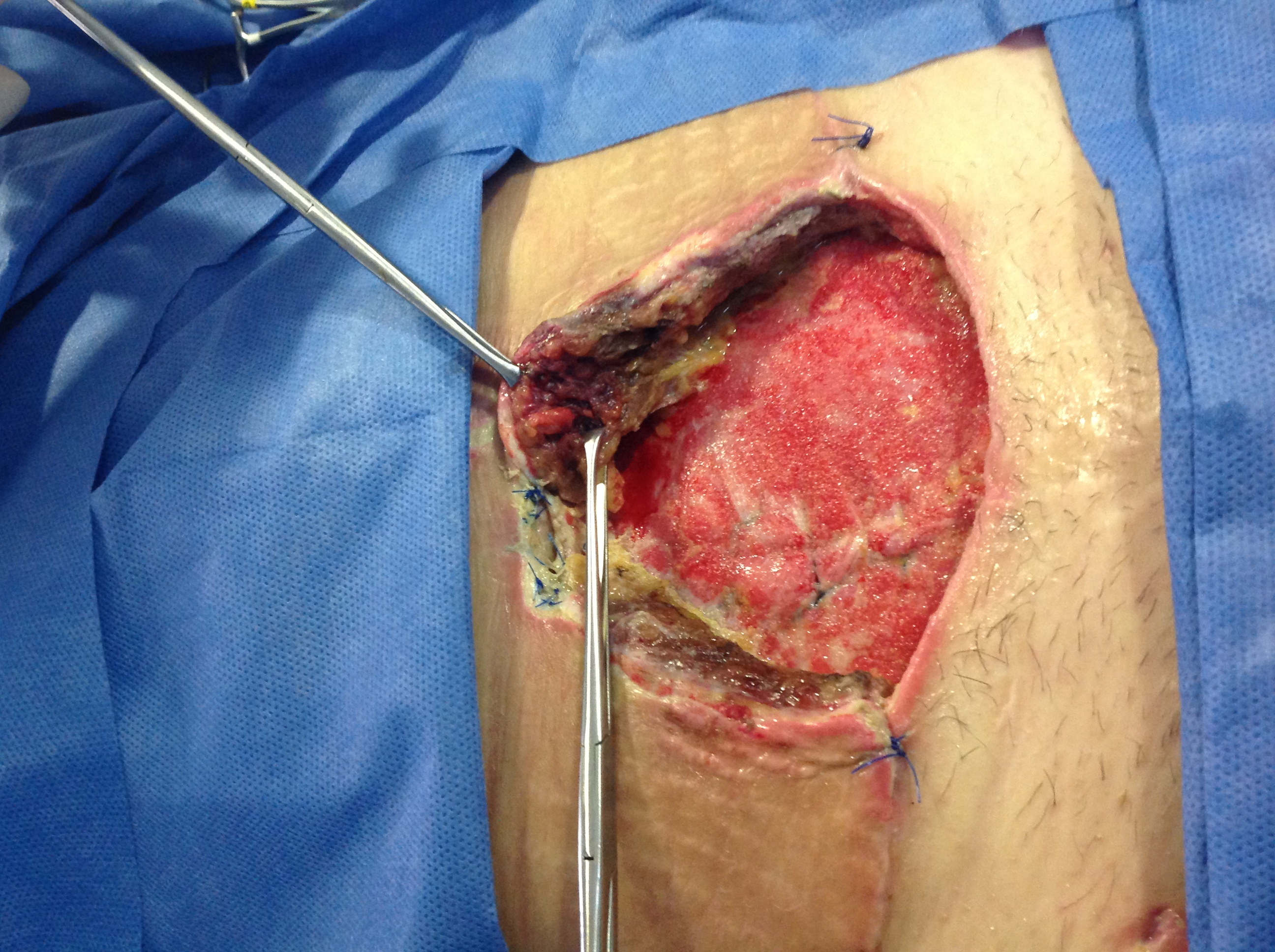 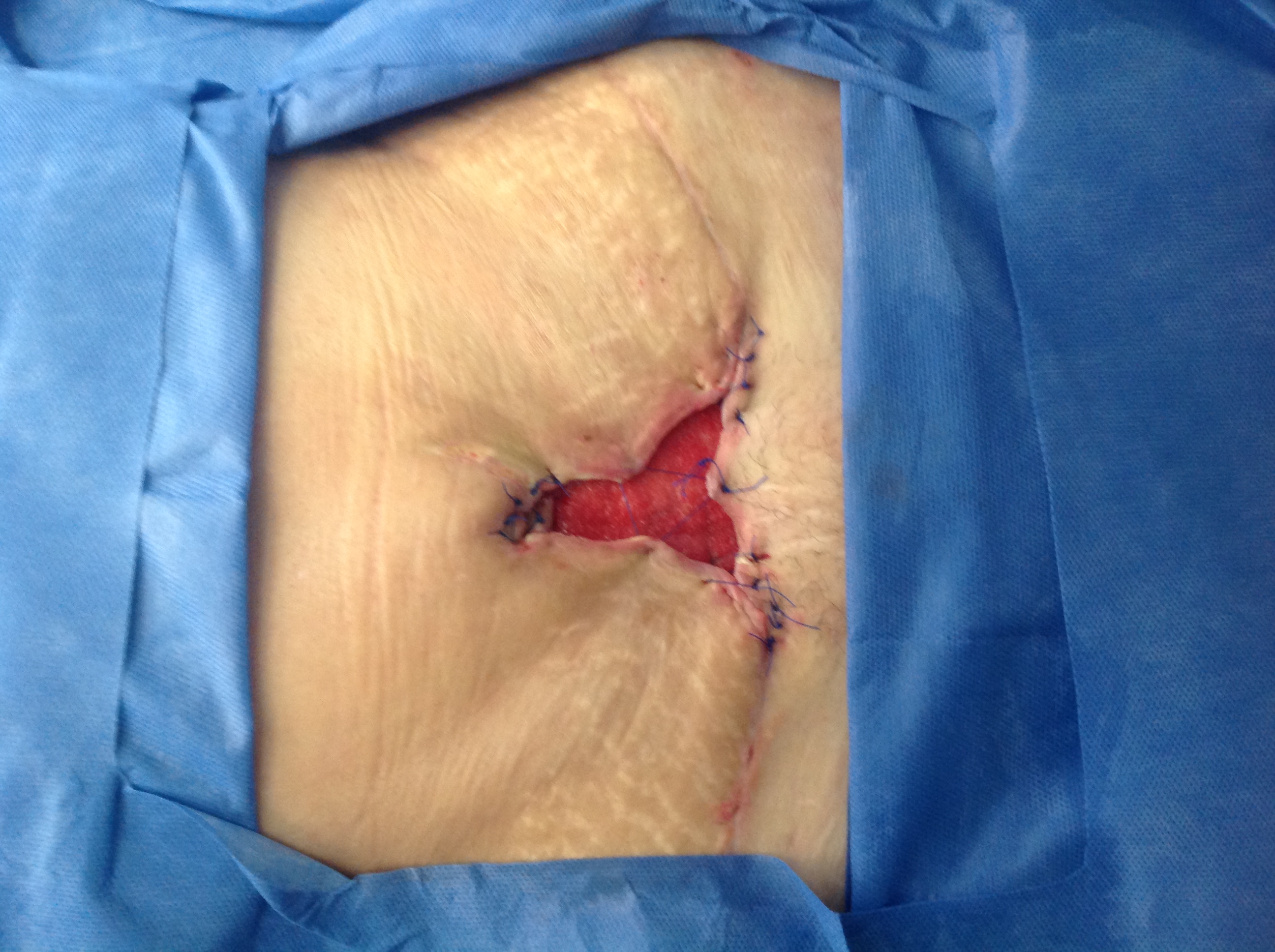 Ivonne said that she awoke from the operating table with a burn on her leg. After her abdominoplasty, she had to have surgery multiple times to continually have necrotic skin removed.

Click on the image to scroll through her photos.
(Photos | Ivonne)