In the city of Medellin, Colombia’s second largest city of 2.5 million after Bogota, curvaceous women with cinched waists and voluptuous behinds stroll the palm-lined streets where people-watchers often play a game of “fake-or-not?” while sipping coffees. Medellin was once ravaged by Pablo Escobar’s drug cartel, but it’s now one of the most modern and innovative cities in Latin America. Nicknames include the City of Eternal Spring, but also — in a nod to the prevalence of women with augmented bosoms and buttocks — Silicone Valley. Medellin may be Colombia’s best-known centre of plastic surgery, but going under the knife is popular across Colombia. 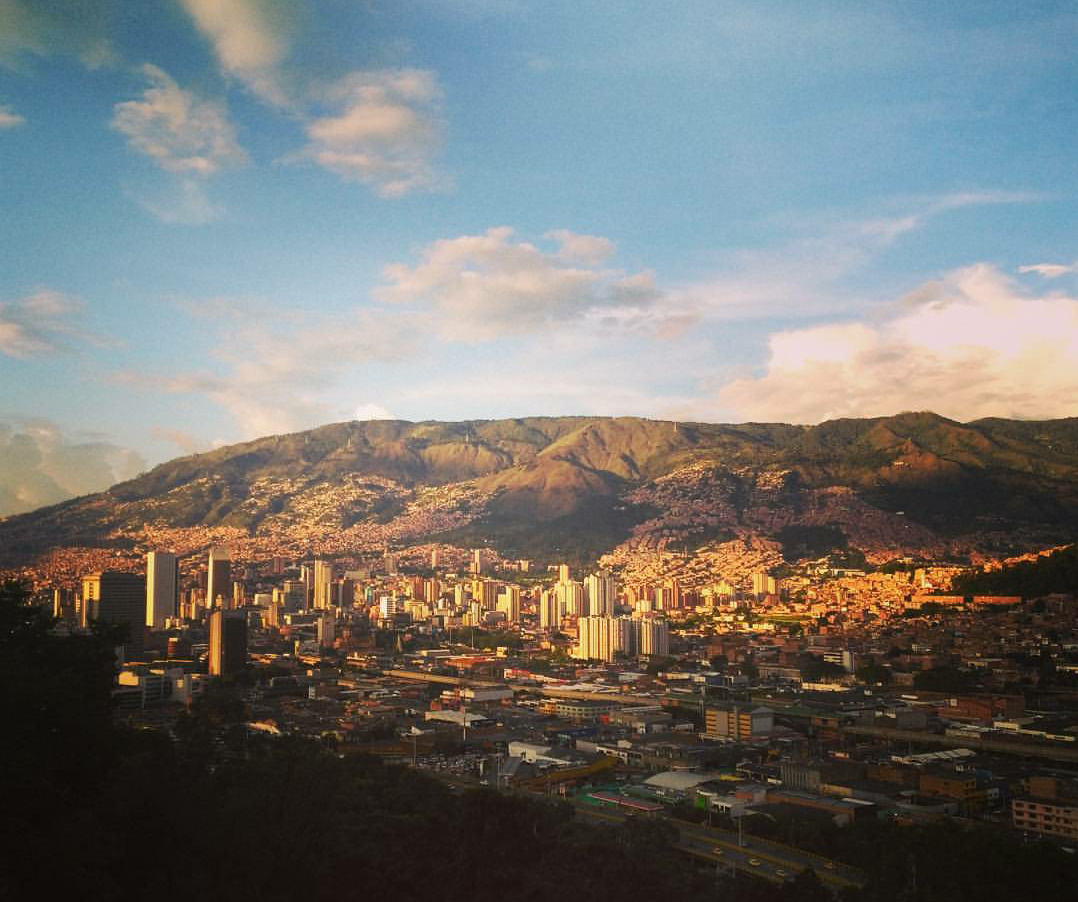 Medellin, one of the largest cities in Colombia, has been nicknamed the Silicone Valley by some. [Photo | Marina Wang]

A survey by the International Society of Aesthetic Plastic Surgery (ISAPS) found that nearly 300,000 cosmetic operations took place in Colombia in 2016, the most recent year in which data is available. Colombia ranks No. 4 globally in terms of number of surgical operations per capita, and in 2015, Colombia ranked second after South Korea. Nearly five out of 1000 Colombians received a cosmetic operation in 2016 alone.

In addition, the 2015 survey estimated that between a quarter and a fifth of patients — about 71,000 annually —were medical tourists coming from predominantly the U.S., Spain and Canada.

Prices for cosmetic surgeries in Colombia are about 40 per cent cheaper than those in North America. The most popular procedures include liposuction and breast augmentation with over 44,000 of each of these operations carried out in 2016, as well as buttock augmentations and tummy tucks, each at over 22,000 procedures that year.

Despite the high risks involved with plastic surgery in Colombia, the low prices and reputable work of many of the country’s plastic surgeons have lured countless thousands of medical tourists to the country. Some tourism outfitters in Colombia offer foreigners all-inclusive plastic surgery packages with multiple surgeries, luxury accommodation, airport transfers and post-operative care. Colombia’s coastal city of Cartagena is popular for its colourful colonial streets and tropical beaches, but foreigners seeking cosmetic surgery also flock to other large cities such as Cali, Bogota and Medellin.

In the summer of 2017, Jasmine Cristancho, a 32-year-old woman from London, England, visited Medellin for her fourth cosmetic operation. Days after the operations, she wore a tight white dress that hugged her newly sculpted, Kim Kardashian-like curves. The only giveaway to her recent surgery were the bruises on her back, concealed under a cardigan.

Cristancho has had four liposuctions, an abdominoplasty, as well as butt and breast enhancements. “They have a lot of the best doctors here in Colombia,” said Cristancho. “It’s certainly a place I would always return to.” 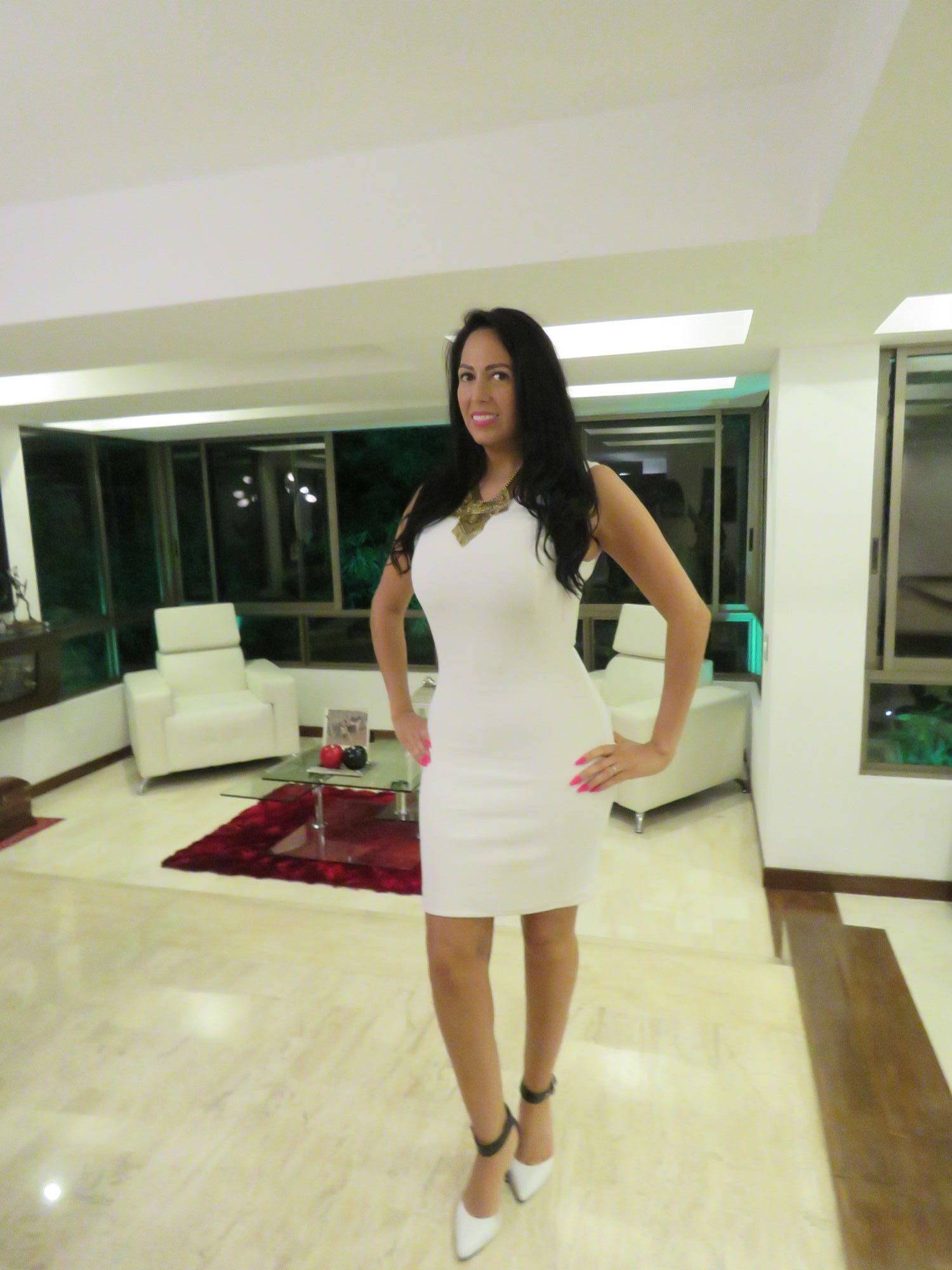 Jasmine Cristancho has been to Colombia four times for plastic surgery. (Photo | Marina Wang)
“They have a lot of the best doctors here in Colombia. It’s certainly a place I would always return to.”
Jasmine Cristancho
Cristancho said while researching various countries to travel to for plastic surgery, she liked the results of Colombian plastic surgeons the most. “I’ve had a lot of friends who have had operations over here, and the results have been amazing,” she said. Additionally, Cristancho said that many Colombian plastic surgeons are more experienced than surgeons elsewhere due to the high volume of patients in the country.
Danielle Reddick, a 27-year-old mother from Montreal, said she’s planning to travel to Colombia for plastic surgery in the summer of 2018. She has a handful of friends and acquaintances who have also been to Colombia for surgery. “Doctors in Colombia have better standing worldwide — that’s why I made the choice for Colombia specifically,” said Reddick. “It’s a different culture out there. They have different wants and needs. A Colombian doctor would give me what I want without charging me $20,000.” Reddick is interested in having an abdominoplasty and breast and buttock augmentations together as a package, typically costing less than $10,000 in Colombia.
“It’s a different culture out there. They have different wants and needs.”
Danielle Reddick
Reddick said she’s spent months researching surgeons and participates in a Plastic Surgery in Colombia Facebook group where patients can share advice and experiences. She also follows Instagram pages dedicated to the same purpose. Guides have been created that review clinics and doctors. In one case, U.S. nurse practitioner Kristin Eckland maintains two websites — latinamericansurgery.com and cartagenasurgery.wordpress.com — that examine medical tourism in a generally positive light but also warn potential plastic surgery patients about the risk of falling prey to online sales pitches aimed at foreigners that can lead unsuspecting consumers to unqualified surgeons and botched procedures.

“The potential for tragedy, fraud and grievous bodily harm is great,” Eckland has written. “The need for a well-trained, well-educated and objective/unbiased medical professional to formally evaluate these overseas medical sites is enormous.”

Prices for cosmetic enhancement are set at about 60 per cent of what a patient might pay in North America, and with Colombians living in a very different cultural context — including deep-set societal beauty standards promoting voluptuous figures with tiny waists — plastic surgery in Colombia is a big-money industry deeply integrated into the fashion, entertainment and tourism sectors of the economy.

“The pursuit of a pleasing appearance is probably as old as Mankind and the references on how to embellish the eyelids found in the Ebers’ papyrus a thousand years before Christ demonstrate that the ancients definitely sought after a beautiful appearance,” wrote Paolo Santoni-Rugiu, author of A History of Plastic Surgery.

Santoni-Rugiu also noted that women in ancient Rome applied cosmetics with toxic silver, lead and arsenic to appear youthful. Women in Renaissance-era Italy used deadly nightshade eye drops to achieve a doe-eyed appearance and Victorian era corsets were tightened to the point of contorting the inner organs. Compromises between aesthetics and physical health have been made for centuries.

Body enhancements that we would today call plastic surgeries have been performed as early as 600 BC, with rudimentary rhinoplasties done in India. But most modern advances in plastic surgery arose during the First World War as thousands of soldiers disfigured by bullets and shrapnel required reconstructive surgery. Aesthetics as well as function became important for victims of head and facial disfiguration. Plastic surgery became a well-respected medical practice, although seeking operations purely for cosmetic reasons was viewed as superficial and self-indulgent by many in the medical community.

In the early 20th century, quack plastic surgeons made public demonstrations of cosmetic operations (entertainment analogous to modern TV shows such as Botched or Extreme Makeover), and while ethically questionable, this led to mainstream popularization. The post-Second World War women’s independence movement also gave affluent women the freedom to pursue commercialized procedures at their will. The following decades saw the proliferation of television and pop culture images that exaggerated beauty standards for women, a trend that drove consumer demand for body enhancements and which continues to this day.

According to an analysis of data from ISAPS, between 2010 and 2016 the number of people around the world annually receiving cosmetic surgery increased by 54 per cent. More than 10 million people worldwide underwent cosmetic operations in 2016, and the global cosmetic surgery industry is expected to reach total value of $27 billion by 2019, according to a report from Research and Markets.

The Rise of Plastic Surgery in Colombia

Dr. Ernesto Barbosa, executive secretary for the SCCP, attributed the popularity of aesthetic surgery in Colombia to the warm climate and a desire to show skin — although the country’s infamous narco-trafficking industry is also known to have had a hand in the unusually robust development of the cosmetic enhancement industry.

“The first thing these men do is usually give money to their women so they can undergo cosmetic surgery operations to look better,” said Colombian professor of cultural psychology André Dydime-Dome.

According to Dydime-Dome, women in middle and lower classes in Colombia have often been regarded as sexual objects or trophies. They would use their physical appearance to gain the attention of wealthy men and use this as a means of climbing the socio-economic ladder and gaining material wealth. “It is something that occurs a lot in our country, and also occurs in contexts outside the culture of drug trafficking,” said Dydime-Dome. “I think that culture left something in our country.” 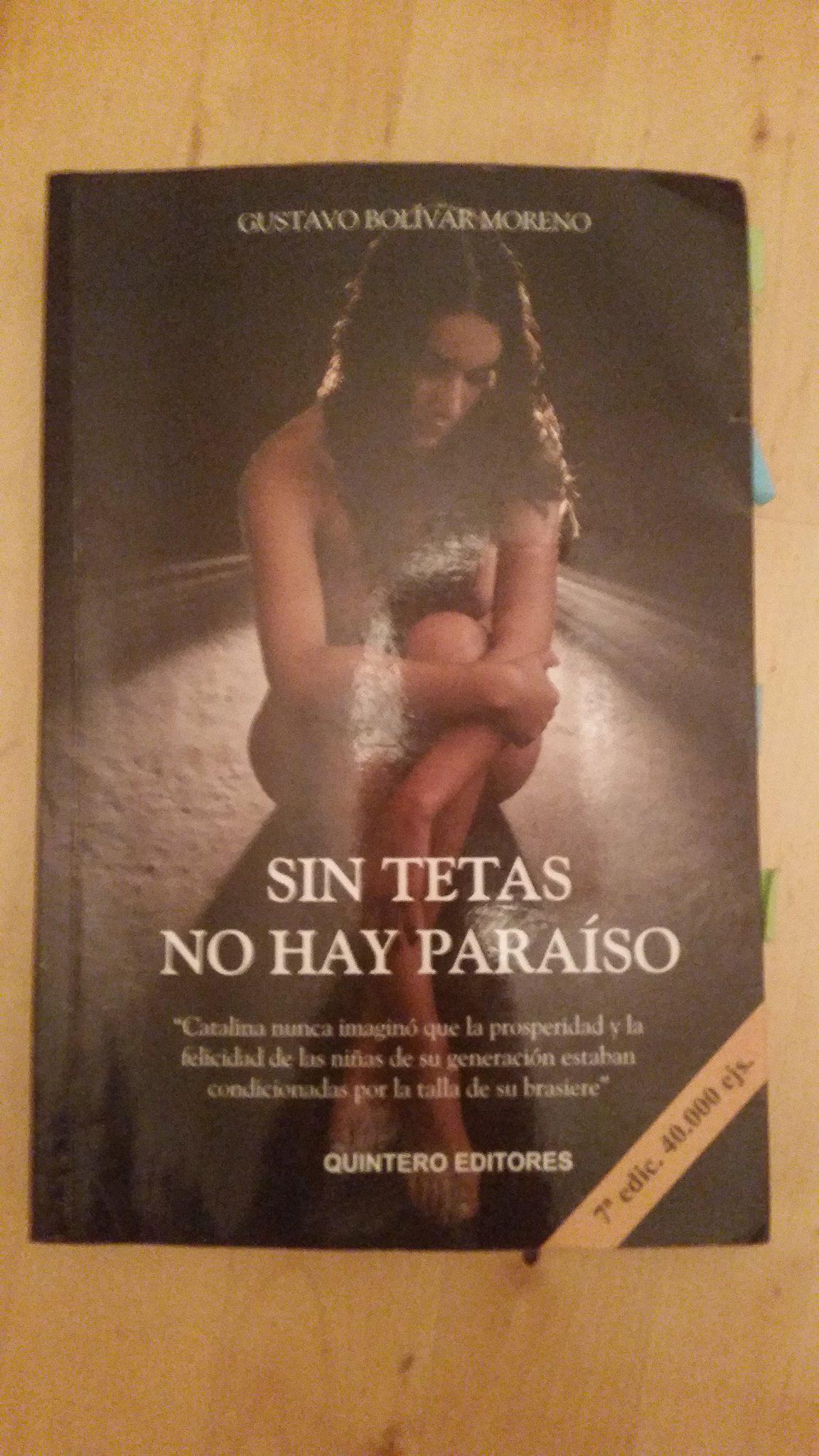 The story of 14-year-old Catalina is an extreme example of the influence of drug-trafficking culture on young women. (Photo | Marina Wang)
One of the most extreme expressions of this can be found in the popular 2005 novel Sin Tetas, No Hay Paraiso (translation: Without tits, there is no paradise) by Colombian journalist Gustavo Bolivar Moreno. The book is a fictionalized story based on someone the author is said to have met in real life.

In the book, 14-year-old Catalina is envious of a classmate’s affluent lifestyle, made possible by her drug-dealing boyfriend. Catalina prostitutes herself in order to raise enough money for breast implants and gains the attention of wealthy narco-traffickers. However, Catalina discovers she was given re-used implants that caused a severe medical complication requiring their removal. Without her breasts and the support of her criminal husband, Catalina’s life quickly spirals out of control.

“Catalina never imagined that the happiness and prosperity of girls in her generation depended on the size of her brassiere,” reads the book’s tagline. Although Catalina’s story is a work of fiction, many Colombian women have faced, or continue to face, similar circumstances.

“Younger generations have converted to a very superficial culture,” said Dydime-Dome. “The current generations have less subjectivity and less inner life. And that leads to an exteriorization of life and relationships.” Unrealistic societal beauty standards have also contributed to the prevalence of body dysmorphic disorder, a mental obsession with a perceived physical flaw.

According to a report from the Inter-American Development Bank, Colombia also has one of the highest rates of teen eating disorders, estimated at nearly 20 per cent of that demographic cohort. “We could establish a connection between eating disorders such as anorexia and bulimia and a person’s decision to undergo plastic surgery, as they share a root cause,” said Dydime-Dome.

Youth around 14 years of age are still developing a sense of self and are particularly vulnerable to outside social pressures, according to Dydime-Dome. “The dangerous thing is that a girl might get into the habit of continually seeking plastic surgery,” he noted. For a wealthy girl in Medellin, instead of asking for a car for her quincanera — the milestone 15th birthday — it’s not uncommon to ask for a new nose or bigger breasts.