Two pregnancies left excessive skin on Liliana Fragozo’s stomach and breasts, and the 40-year-old Colombian woman from Bogota wanted to restore her pre-pregnancy figure. She found her plastic surgeon through a friend’s recommendation (the same doctor who had operated on Lorena Beltrán). During the consultation, her doctor recommended she have an abdominal lipectomy, breast implants, laser lipolysis (a non-surgical procedure that essentially melts fat), and belly button reconstructive surgery.

Fragozo, a devout Christian, noticed a bible on the doctor’s desk and found it comforting that her surgeon was also a Christian. Her doctor told Fragozo he would give her the highest-quality implants imported from the United States and that they would last a lifetime without needing to be changed. “He said I would be a beauty queen and I’d have my body back from before the pregnancy,” said Fragozo.

Prior to the surgery, Fragozo inspected the operating room where she was to have the surgery. It consisted of a single room on the second floor of a downtown skyscraper. Fragozo thought this was bizarre, but wasn’t deterred because the surgery space didn’t resemble a backroom “garage” clinic either.

Her operation was scheduled for 8 a.m., and Fragozo waited alone for three hours before her surgeon arrived. Just as Fragozo was about to leave, he stopped her and convinced her to stay. He said his tardiness was due to traffic after a surgery he was performing earlier that morning in another town.

“He arrived with a suitcase, and when he opened the suitcase it was full of his surgical tools,” said Fragozo. “That seemed strange to me because they’re supposed to be sterilized and they were in his suitcase wrapped in tape.” Fragozo told her doctor that she wanted to leave, but the doctor was insistent that she stay. Fragozo had the operations.

“I left the surgery totally mutilated,” said Fragozo. “I didn’t know how to move. Once I saw myself I asked, ‘What did you do to me?’ because I’m a very thin girl and I had enormous breasts.” Around two weeks later, Fragozo could feel the edges of her left implant against her chest muscles. “This breast was much larger and was incredibly painful,” she said, pointing at her left breast. Fragozo met with her doctor again, and he assured her everything was normal. Her breast still swollen and deformed, Fragozo made a second appointment and the doctor told her the breast was enlarged because she was lactating. He prescribed her medication that cost 200,000 Colombian pesos (around $100). The medication didn’t work and Fragozo didn’t stay in contact with her doctor after that.

“When you have a surgery, you imagine that you’ll have the perfect body,” said Fragozo. “I spent eight months in complete torture. I couldn’t be intimate with my husband, and I couldn’t look at myself in the mirror and see my large, deformed breasts.”

Fragozo consulted with a reconstructive surgeon, who informed her that implants lasting a lifetime don’t exist, and that the highest-quality implants needed to be changed every 10 years. She decided to undergo surgery with her new surgeon to have her implants changed.

“They showed me the photo of my breast without the prosthetic. It was horrible,” said Fragozo, her voice cracking. “My breast was destroyed. I didn’t have a mammary gland. The prosthetic severed my muscles.” Her first surgeon had put one of the implants in backwards. Her reconstructive surgeon also told her that her first doctor had used the cheapest implants from China.

Fragozo’s implants were round on the top side and flat on the bottom. Implant numbers are printed on the flat bottom. When her reconstructive surgeon opened her breast, the numbers were apparent from the top.

“Thank God the reconstructive surgery went well. He tried to fix the irregular borders on my nipples. However, the left nipple is larger than the right, and he couldn’t recuperate the sensitivity,” said Fragozo. She will need to have her implants changed every 10 years and wears a compression bra.

“You don’t know what is happening to you on the operating table. You don’t know if they’re treating you with respect,” said Fragozo.  “It’s not worth it to risk your blessings, your family, your home and your emotional stability for unscrupulous people.” 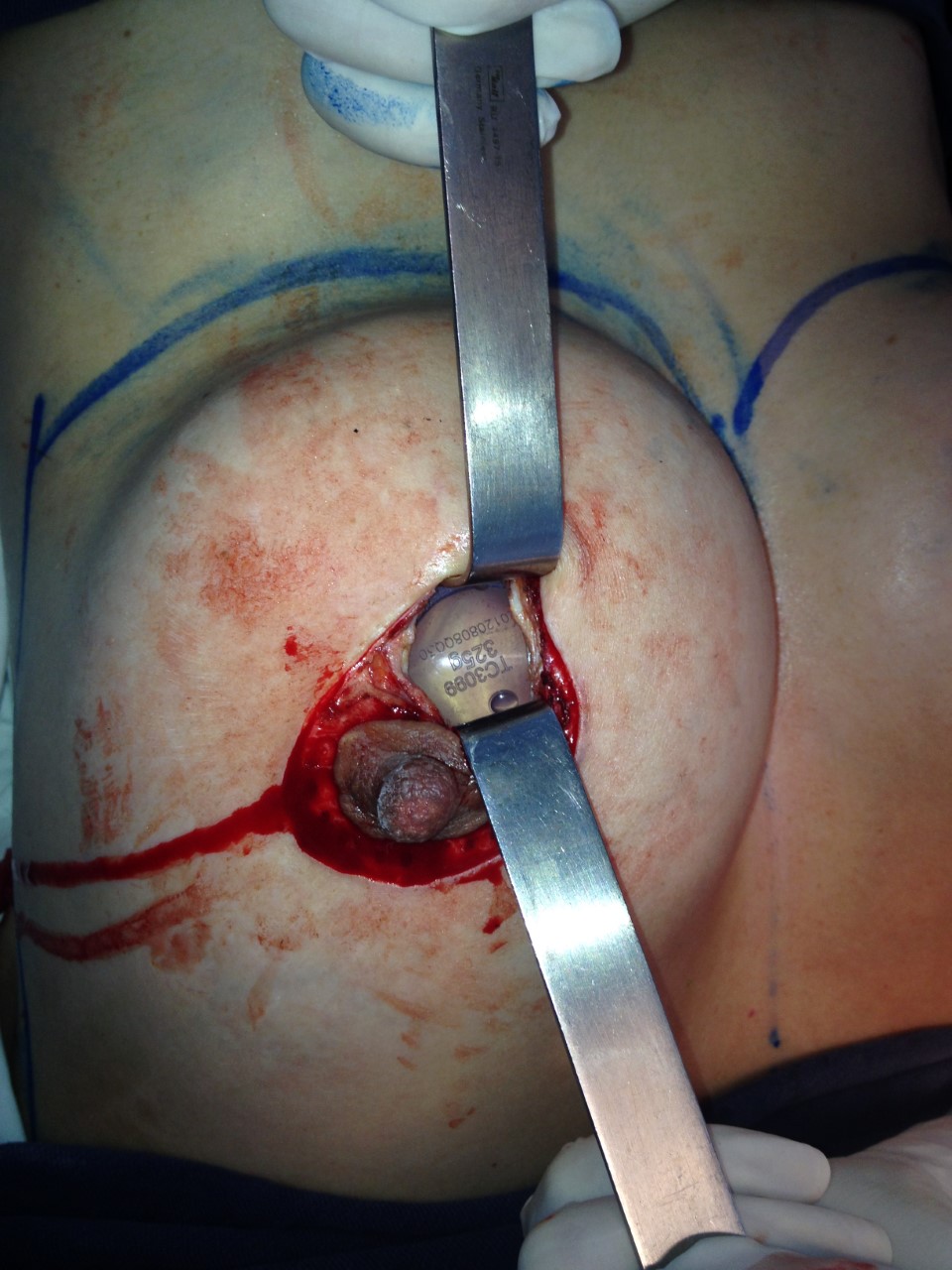 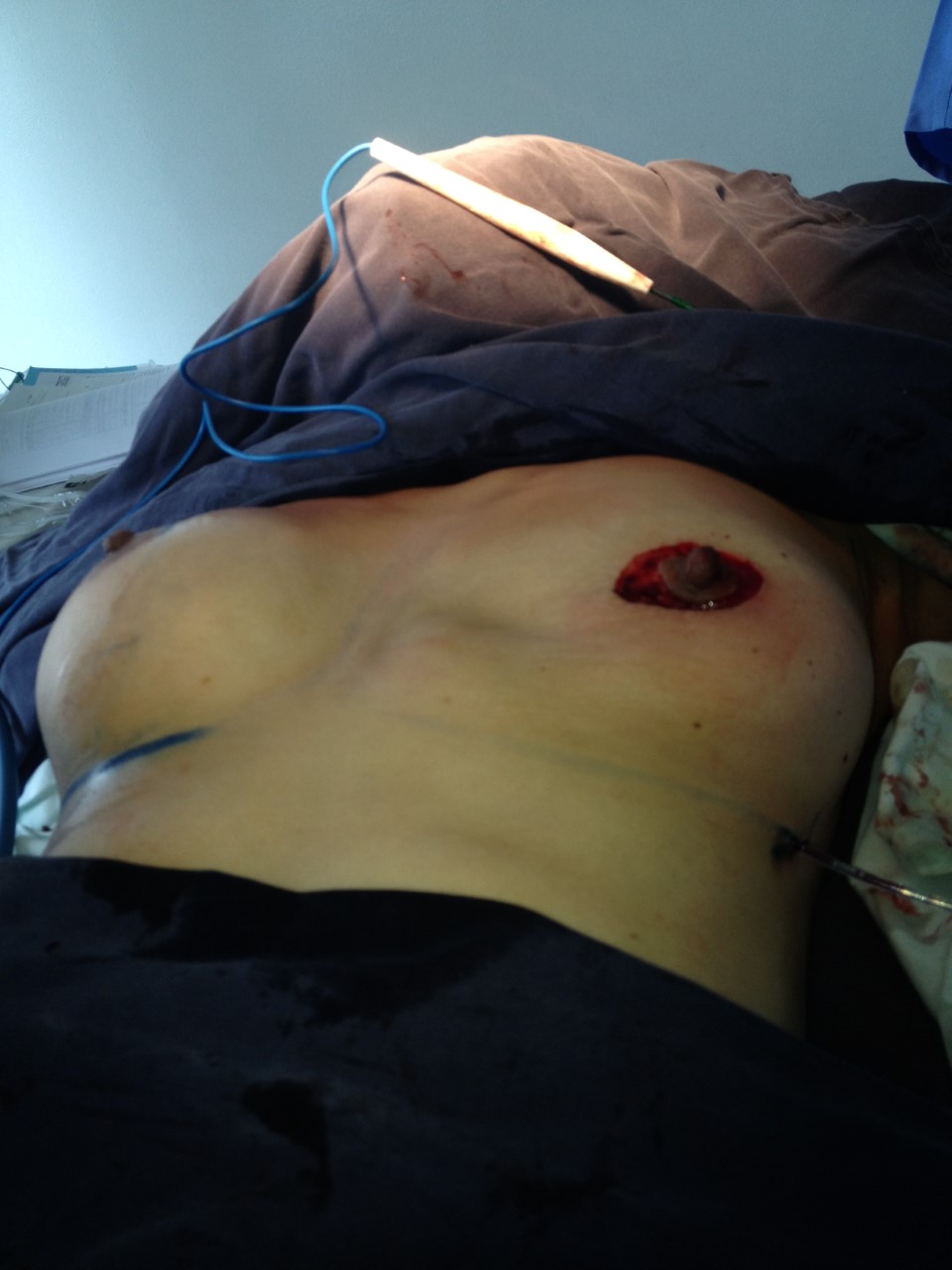 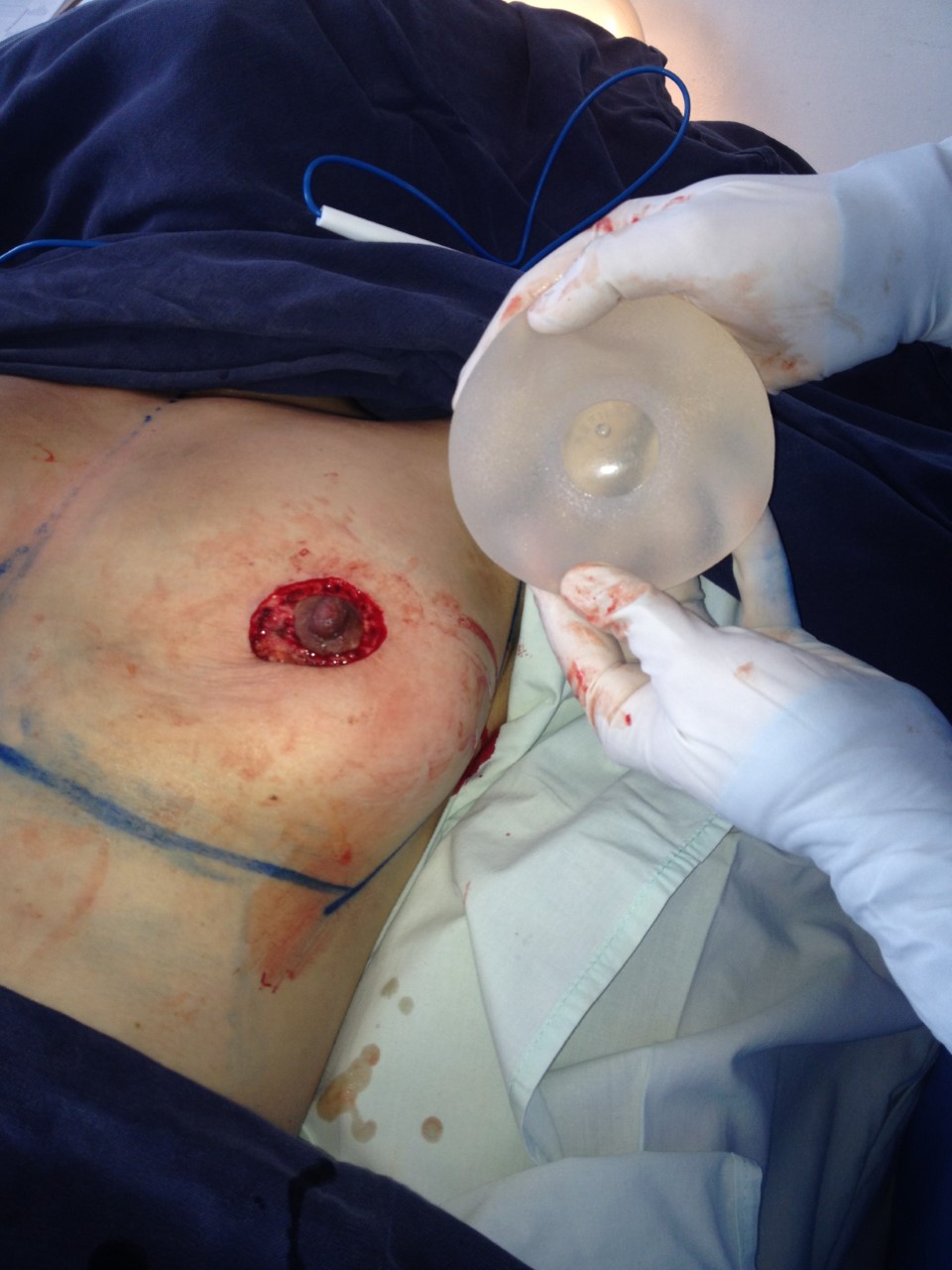 Liliana Fragozo’s reconstructive surgeon found that an implant had been put in backwards, as the implant number should appear on the flat bottom.

Click on the image to scroll through Fragozo’s photos.