Marie Kearse, a flight attendant from New York City, had been close friends with her Colombian doctor for seven years when he persuaded her to let him perform abdominoplasty and breast augmentation on her. “He wanted to do this surgery on me because I’m almost 55, and I wanted to improve my stomach and my breasts,” said Kearse. “Since I’m a single woman he said to me, ‘You can recover in my house. It will be perfect — I’m your friend and I’m your doctor. It’s the best of both worlds.’”

After the surgery in Bogota in 2016, Kearse awoke with her bandages soaked in blood. “There was blood all over the sheets. That concerned me, but I was so weak,” said Kearse. Kearse also said that the nurse looking after her didn’t wear gloves and treated her open wounds with Johnson’s baby oil. Concern over her operations were mounting, but her doctor assured her she was fine and recovering well.

After three weeks Kearse’s wounds were still open, bleeding and suppurating. The nursing staff used sanitary pads to absorb the effusing body fluids — an unhygienic choice because such pads can become a breeding ground for bacteria. Kearse said that when she confronted her doctor about it he became irritated and aggressive.

She expressed her concerns to friends back in the United States, who then consulted a nurse. Upon seeing post-op photos of Kearse, the nurse called her and told her to go to an emergency room immediately. The next day, Kearse told her doctor she was spending time with a friend but instead went to an emergency room. The hospital staff immediately told her the tissue around her belly button and breast had gone necrotic, and that she would have permanent scar tissue.

Kearse showed her new caregivers her doctor’s business card. “Immediately they told me this is not a plastic surgeon,” said Kearse. “I thought was I was going to fall off my chair. I don’t know if I should laugh or I should cry. This was a shock.”

Premature dying of tissue that can be caused by damage to the blood vessels or tissue, or by bacterial infection.

The hospital staff treated Kearse with antibiotics and antiseptics, and Kearse returned to the United States to recover. “I had a cute belly button. Now I have a big hole. It looks like somebody shot me,” said Kearse. “Now my body is much worse than before.” 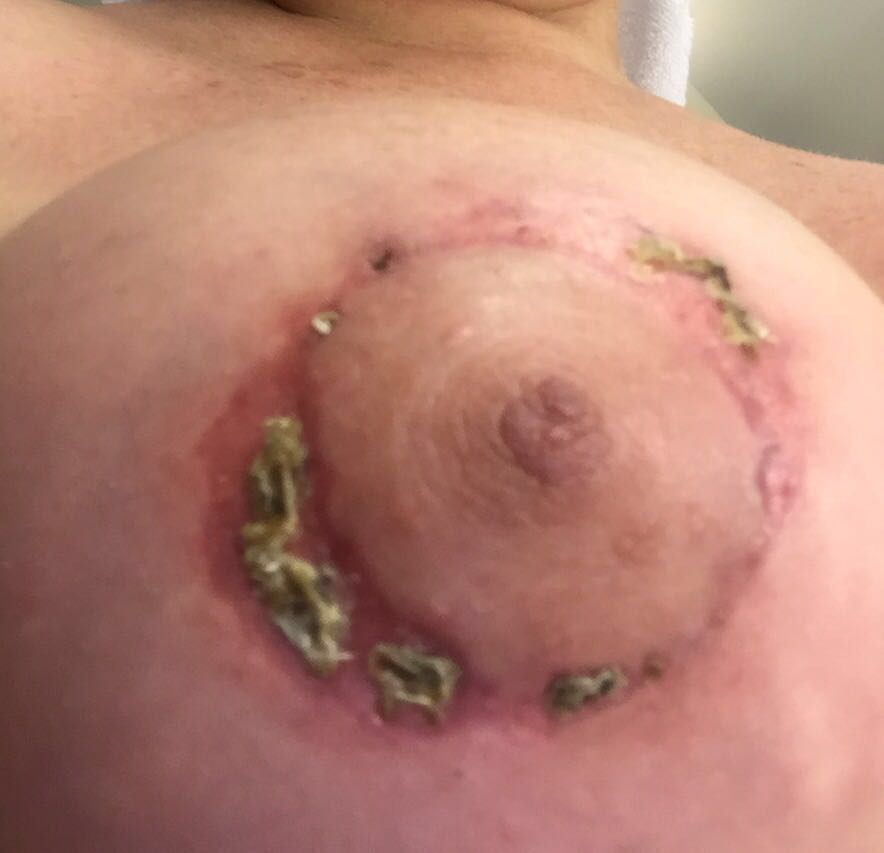 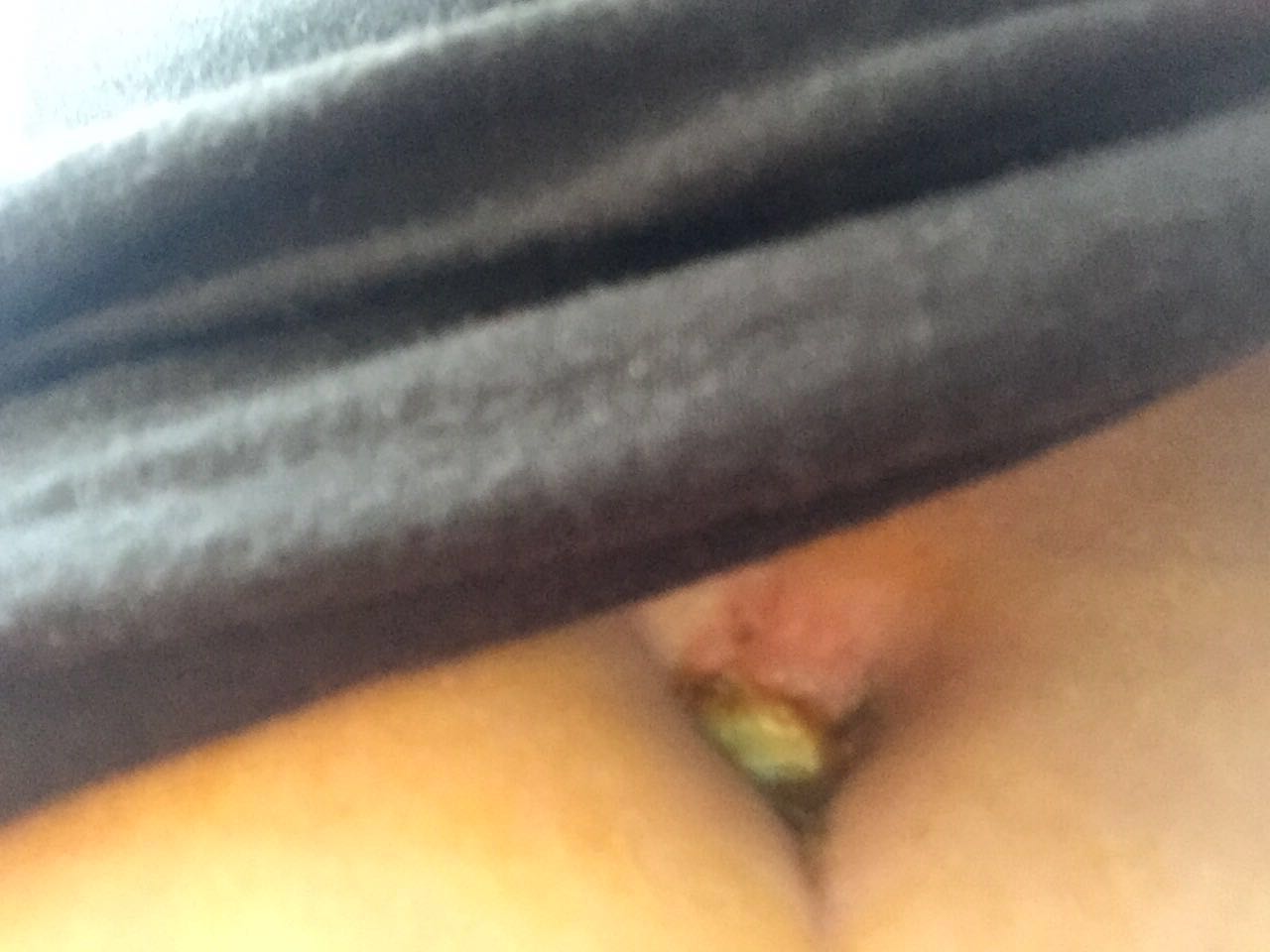 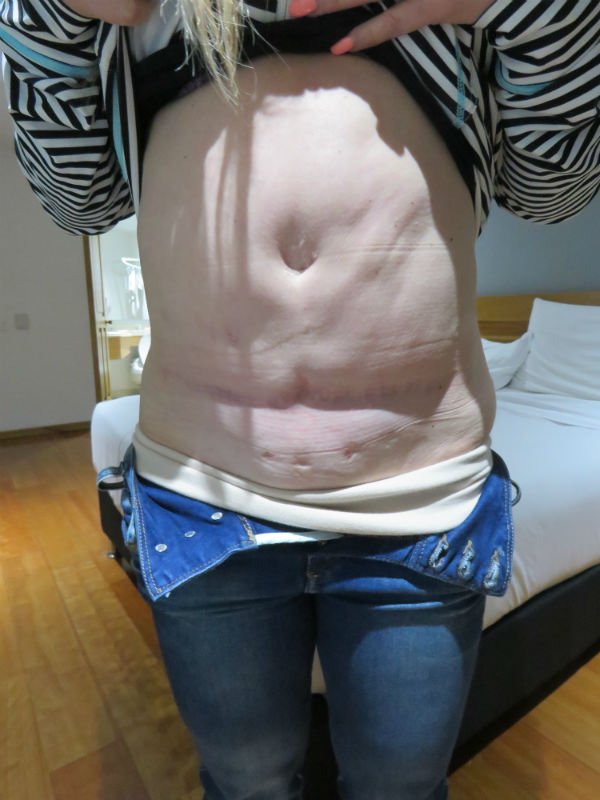 Marie Kearse had necrosis of the nipple and belly button following her surgeries.

Click on the image to scroll through her photos.