With Parliament returning, young members of a defeated Green Party grapple with its racism and transphobia problem 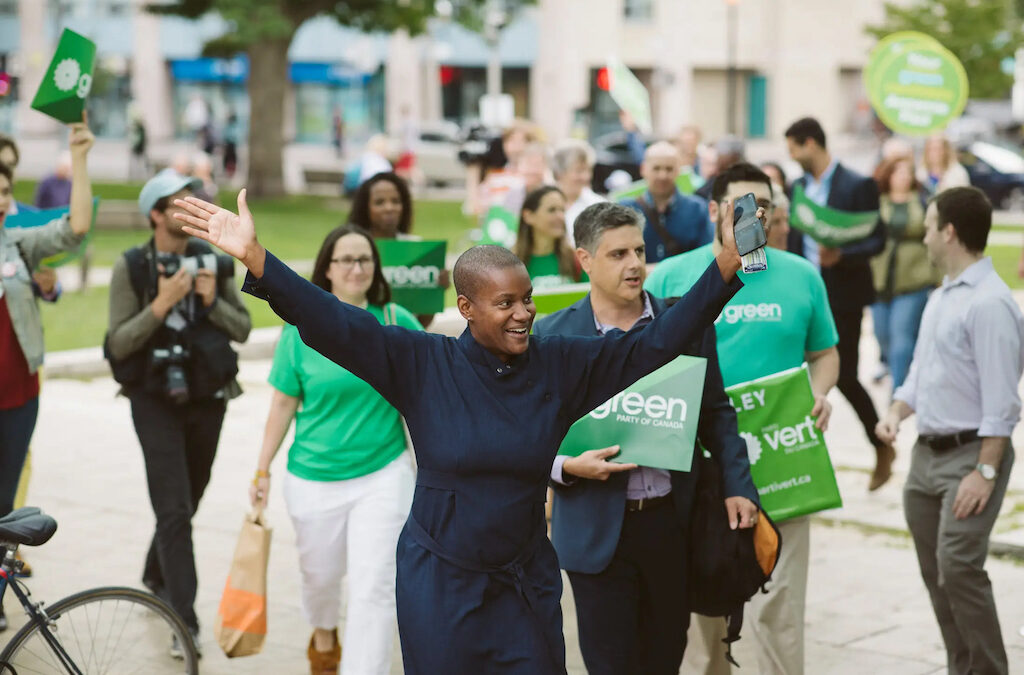 For Kayne Alleyne-Adams, 20, the Green Party of Canada represented an important voice for young people to address the issues of climate change and social justice.

Like other young Greens, he is now grappling with his place in the party following allegations of racism and transphobia within many of the party’s inner circles.

In a year that saw the hottest temperatures in Canadian history, and record-breaking floods this week in B.C., the stage was set for the Greens to take command of the climate issue in the Sept. 20 federal election. However, with Parliament now set to return on Nov. 22, the Greens are arriving back in Ottawa without a leader and with a host of internal equity issues, which has many supporters wondering how the party can move forward.

On Aug. 31, an internal report detailed complaints of racism and transphobia in the party. The complaints stem from a variety of “spaces” such as campaign events and Facebook groups. Members reported the comments and remarks made by other members in these spaces to senior levels of the party, who they say failed to address them.

Some generation Z and millennial members — who represent an important source of support for the party — are reckoning with their confidence in the party’s management of discrimination.

“I can’t be part of a movement where I don’t feel as if I can bring people in … If I feel guilty bringing in a friend or bringing in a family member. I just don’t see that as a space that I want to dedicate my time to,” Alleyne-Adams said.

“And until the Green Party of Canada makes it clear that organizationally, they want to create a safer environment, it’s just not the place for me.”

Growing up as the eldest of four, raised by a single mother with disabilities, Alleyne-Adams was inspired by Annamie Paul and identified with her story as the daughter of immigrants. He felt she had a passion for integrating diverse views and youth voices into her campaign and would go on to serve as the chair of the Young Greens of Canada Council and as Paul’s debate prep coordinator.

After over a year with the Green Party, he became frustrated with the party’s senior governance in addressing problems of racism, transphobia and anti-Semitism within the party. Alleyne-Adams said he reported the incidents of racism against him to the membership review and complaints process but received no resolution.

“Oftentimes, I wouldn’t even receive as much as a reply or even an acknowledgement that they’ve received this letter in the first place,” he said.

But racism is not the only issue facing the Greens.

The Aug. 31 internal report also describes the governance level of the party failing to address complaints of transphobia.

“I’ve just noticed that transphobia within the federal party seems to go unchecked,” said Nicola Spurling, 31, a candidate for the provincial B.C. Green Party in Coquitlam-Maillardville and a member of the federal Green Party.

During the 2020 provincial election, Spurling, who is openly transgender, was harassed and doxed by a man who claimed to be a fan of author J.K. Rowling and protested at several sign-waving events for her campaign with anti-transgender signs.

Spurling said she felt supported by the B.C. Green Party following the harassment who offered to pay her legal bills and provide any support she required.

“That, to me, was really impressive to have a party that really cared about me,” she said.

Although she felt supported in the provincial party, she says trans members of the federal Greens face a significant amount of transphobia and the party has not supported them.

“If the party continues the way that it has been, sort of staying silent on these important issues… I have doubts about whether it can last,” she said.

At this time, Spurling says she is unsure whether she will renew her membership to the federal party.

‘Struggle for the soul of the party’

In the 2021 federal election, the Green Party finished with 2.3 per cent of the popular vote, down from 6.5 per cent in 2019. Former leader, Annamie Paul, finished in fourth place in her riding of Toronto Centre, prompting an internal battle over what went wrong.

Paul, who officially resigned on Nov. 10, said in her resignation speech, “there is a struggle that is going on for the soul of the party.”

Despite the decline in the national vote and internal conflict within the party, the Greens were saved from a calamitous loss in seats by Mike Morrice, who won a surprise victory in the Ontario riding of Kitchener Centre.

For Morrice, who joined the party in 2019, running for the Greens wasn’t the most politically advantageous, but he felt he needed his first choice in politics to be one he believed in.

“I wanted to start myself on a track that ensured I could stay true to who I am and focus on democracy first and foremost and give me the best chance to hold on to my integrity,” he said.

Morrice, 37, will be one of two MPs in the Green caucus and is left to pick up the pieces of a fractured party.

“Racism is systemic, and we need to be calling it out and rooting it out. And that’s an ongoing process,” he said.

Morrice is calling for the party to centre anti-racism policy in the most senior levels of government and says they need to focus on listening to racialized voices and the issues they are illuminating.

“Those are voices that the party needs to be listening to and learning from, but like I said, this is the reality of systemic racism that exists in every institution across the country,” he said.

Many of these decisions need to come from the federal council which governs the complaints and membership review process.

Maya Linsley, 19, is also grappling with her place in the party, but feels the Green Party still represents an important platform for young people.

Linsley was a volunteer for Morrice’s 2021 campaign which was the first time she got involved in politics.

While disappointed with how the party is handling its internal issues, Linsley said she felt inspired by Morrice’s campaign and his commitment to her community.

“When people see that their concerns are actually registering, that’s when they start caring because they really feel like they’re heard,” she said.

Linsley’s belief in the values that Morrice brings to the Greens helped her to reckon with the issues in the party.

The party, in her view, still has an important place in Canadian politics but needs to change.

“I think a Green Party is the thing that we really, really need,” she said. “And I wish they wouldn’t mess it up.”

For Alleyne-Adams, politics are taking the backseat for now, so he can focus on school (he’s studying sociology and creative writing at York University) and his mental health before getting involved again.

“I think there’s a necessity for parties to be inclusive, to be open, and to be willing to listen to and hear young voices,” he said.