Making the world a better place is just one of many goals of Emma Inns, owner of the Adorit Boutique in Ottawa’s Byward Market. The Adorit Boutique celebrates its tenth anniversary in 2017, which supports micro-financing programs for three Tibetan communities. 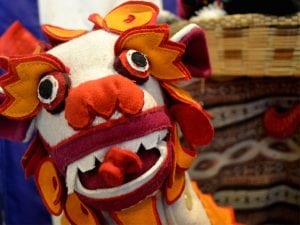 This snow lion puppet is just one of the items for sale in the Adorit Boutique that benefits Emma Inns’ Tibetan microfinance program. The snow lion is Tibet’s national animal. 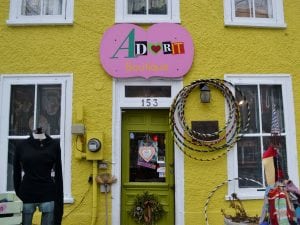 The Adorit Boutique is located in Ottawa’s Byward Market on York St. The goal of the shop is “no slavery at affordable prices” and so it sells only fair-trade and Canadian-made items. 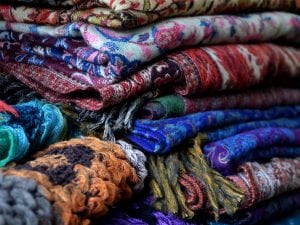 Tempol scarves are fair-trade products from India. The line is owned and designed by Suzanne Curphey. According to Adorit’s website, Curphey has been working in Indian for the past twenty years. Adorit’s floor space is quite small, and so many items are stacked about for a fun, cozy, and colourful feel. 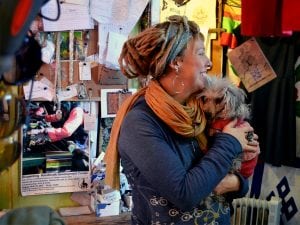 Emma Inns, owner of the Adorit Boutique, was inspired to start micro-financing programs after living in Tibet for several years. Each day she brings her dog, Java, to work with her to keep her company.