They say death is a part of life, but what they don’t say is how it turns your world upside down. After the death of a long-term partner, seniors often have to adapt to using community supports such as the Mills Community Support in Almonte, Ont. Alex Lawson is just one of these seniors, and Brooke Peloquin, Emily Haws and Taylor Blewett bring us his story in Another World. 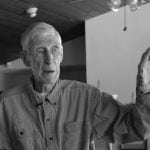 Alex Lawson is an extroverted senior living in Almonte, Ontario. His wife, Mary, passed away in July 2016 and Lawson is learning how to cope with the loss. Lawson has been athletic for most of his life, and was once quarterback on the Ottawa RedBlacks Canadian Football League team. Although age has impaired his ability to be athletic, he still does a number of exercises every morning. 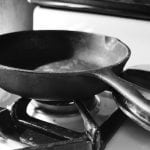 Since the death of his wife, Lawson has had to reteach himself how to cook. His latest creation: grilled cheese. Lawson notes he could build anything – he was an engineer – yet cooking still needs some practice. 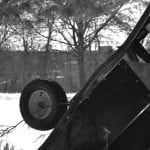 Lawson’s backyard is peaceful and quiet, overlooking most of the town. Lawson has several bird feeders in his backyard and many birds are present.

The music is courtesy of Ben Sound.

The 2011 study is sourced from “Seniors: Loneliness and Social Isolation” a March 2016 report by Community Development Halton:

de Jong Gierveld, J., Tineke Fokkema, and Theo Van Tilburg. “Alleviating Loneliness among Older Adults:         Possibilities and Constraints of Interventions.” Safeguarding the Convoy: A Call to Action from the Campaign to End Loneliness, 2011, 40-45.

Futurity article on Loneliness and Meals on Wheels Support