Auju Peter, star of award winning documentary, Angry Inuk, spends as much time as she can teaching Ottawa-based inuit youth about their native languages and culture.

Peter has found purpose in educating people on Inuit culture. As the star of Angry Inuk, she has found herself with a platform that she says is reaching “thousands and thousands and thousands.” When she’s not traveling to promote the film, she can be found at Nunavut Sivuniksavut, an Inuit college in Ottawa, teaching students of all ages the languages and culture of their roots. 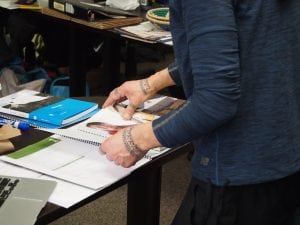 Auju Peter is one of only two women left in Canada with traditional Inuit tattoos. 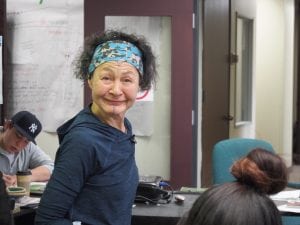 Auju Peter’s says she loves the energy she gets from teaching the next generation. 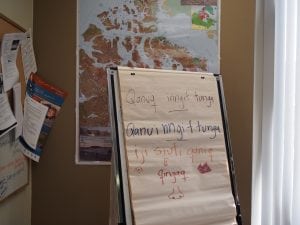 Aaju Peter tries to teach each student in her classes the specific dialect of their region. 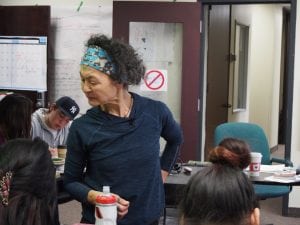