Streetcars were a way of life for many growing up, but were retired in Ottawa with the rise of busing transportation. Still, some community volunteers are looking to make them shine again by restoring an old streetcar just in time for Canada’s 150th birthday. The Twenty-Fifth Hour’s Emily Haws, Taylor Blewett, and Brooke Peloquin bring us the story. 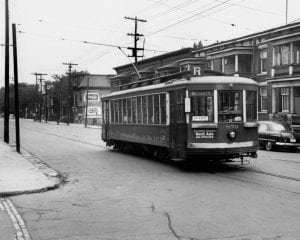 This is a replica of an Ottawa Streetcar that ran to the Rockcliffe area. Streetcars are powered electrically, which was convenient during World War II as gas was rationed. As bus systems became more popular due to their infrastructure convenience, the streetcars were gradually phased out. However, their remnants still remain: the 7 St. Laurent bus route still turns onto Seneca St (near Haven Bookstore) due to the streetcar completing the same route decades earlier. 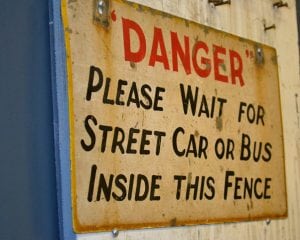 Streetcar memorabilia, including signs like this one, hang all over the OC Transpo garage workshop that houses Streetcar 696. Old advertisements, jokes written on white boards, and transportation signs create a sort-of homey feeling for the community volunteers. It is clear the space is a refuge into another time. 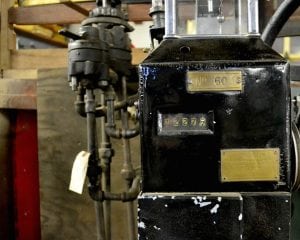 Streetcar 696 is being rebuilt using two streetcars: some of the parts come from the original Streetcar 696 and others come from another Ottawa streetcar donated to the project. Fare boxes like this one counted the change riders gave it automatically. Fares for the Toronto Streetcar system in the 1920s ranged between five and twenty-five cents, and it is thought to be about the same in Ottawa. Five cents – a far cry from the $3.40 per trip OC Transpo charges today! 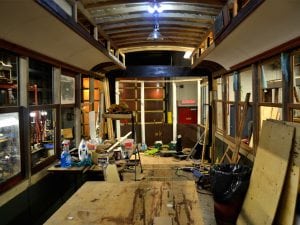 Streetcar 696 may not look complete, but it has come a lot way. Volunteers estimate they’ve spent 120,000 collective man hours refurbishing the Ottawa streetcar since 2001.