Recognized around the world for its 92-metre shadow and the ever-present Canadian flag, the Peace Tower is one of our nation’s most enduring symbols. It’s the peak of Parliament. And if you’re looking for flag master Robert Labonté after sunrise, that’s where you’ll find him. 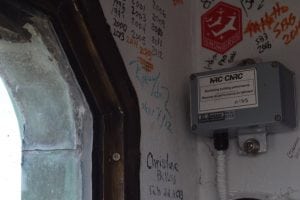 Robert Labonté, along with current prime minister Justin Trudeau, Rick Mercer, and several other community members have signed their names in the crawl space at the top of the Peace Tower. 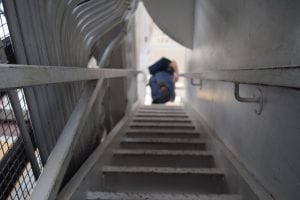 Robert Labonté, parliament’s own flag master, climbs more than 140 steps to the top of the Peace Tower every morning. Once he reaches the top, Labonté lowers the flag and replaces it with a new one before singing O Canada as he climbs back down.

Special thanks to Robert Labonté and the staff at Parliament Hill.