It’s more than photography of nature and earthly things. It’s art that has the ability and
potential to influence and encourage the audience to think critically about their own
lives and the issues with consumerism, and our overall impacts on the environment.
Whitney Lewis-Smith is a photo-based artist. She uses an old camera, old photographic
processes requiring a dark room, and taxidermy to tell her stories and share the impacts
of globalization in a unique and visual way. In a world where pretty much everything is
instantaneous, the audience might assume her photographs are equally instantaneous.
What they don’t know is that Whitney would easily test their patience if they followed
her along on a day of shooting. 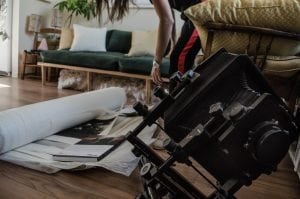 She shoots with an 8×10 camera, which requires shooting with a very low ISO, typically 1 or 2. This means and sudden movements in the photo would result in a blur, so Whitney must use dead or inanimate objects in her photography. This is where taxidermy comes into play. 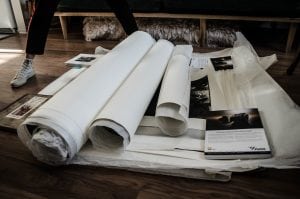 She has a bunch of prints kept in her room, rolled up together neatly to ensure they don’t get ruined. Here, Whitney unrolls them to show off their detail once they are blown up. She recalls someone has a photograph of hers hanging in their kitchen, and that they’ve told her they notice something new about it every time they look at it. There is so much detail, and it is beautifully displayed in these huge prints.

Special thanks to Whitney Lewis-Smith.