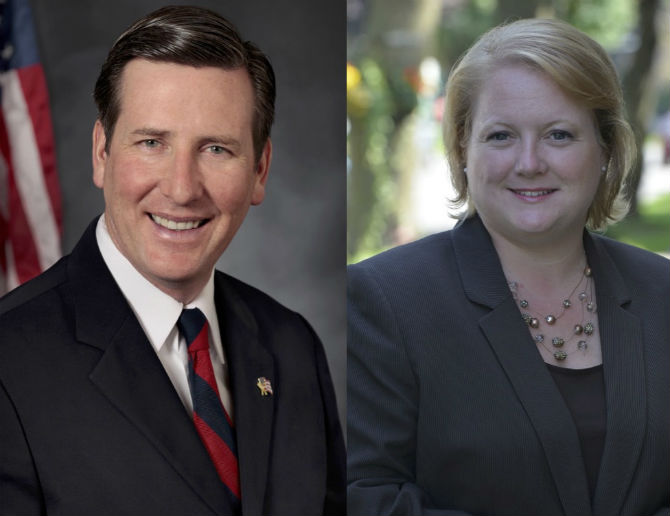 OGDENSBURG, N.Y. – In the final hours of the 2016 election, two New York state assembly candidates are holding back on the negativity, despite a longstanding rivalry.

In the 116th district in Upstate New York, which includes St. Lawrence County, Addie Russell and John Byrne met two years ago in the 2014 election. Elections to state assembly happen every two years, like the U.S. Congress.

Byrne lost the 2014 race by fewer that 100 votes, such a narrow margin that the business man was actually in the lead until absentee votes were counted.

While Hillary Clinton and Donald Trump have spent the election period exchanging insults, these two say they’ve been focusing on their strengths.

Incumbent Russell said that people are sick of negativity at the federal level and that locally, that’s where a lot of disappointment in the 2016 election stems from. She says that for that reason she has “taken the high road” through this season.

Byrne echoed his opponent. “We’ve run a very positive campaign and we’re going to continue to do just that.”

Candidates differ on key issues in the campaign. Byrne says that “our present assembly doesn’t seem to be carrying our voices down to Albany,” while Russell says that the economy and tourism to the north country are key issues in this race.

Both candidates are on the campaign trail today. Byrne is travelling around the district talking to voters, while Russell’s team is driving university students to polling stations.

Tonight, the candidates will be watching results from Watertown, N.Y.