Listen to this: Why Bad + Bitchy are having their moment

Home » featured » Listen to this: Why Bad + Bitchy are having their moment

or Erica Ifill, it started with a group chat between her friends.  Once Donald Trump was elected President of the United States, they decided that would not be enough. They got together, put an iPhone on the table and pressed record. “Voila,” Ifill says. “We had a podcast.” 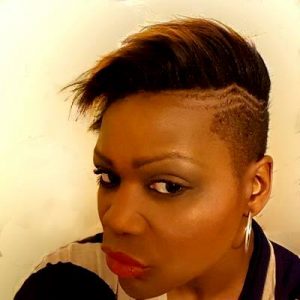 Today, that podcast is known as Bad+Bitchy. Every Tuesday, millennial feminists Ifill, Erin Gee and Amy Kishek take on the latest news in politics, social issues and pop culture. Issues are covered from a intersectional lense. This is a way of looking at issues through the scope of race, gender and class. For these co-hosts, these means covering issues from the perspective of the marginalized. They do so with vivacious back-and-forth on what is bothering, comedy about the ridiculousness of world and biting commentary on misogynistic public figures.

The co-hosts come from different backgrounds to provide a variety of perspectives. Ifill is a black woman and economist who used to work for the Treasury Board of Canada and now runs her own digital media public relations company. Gee is a woman of Asian descent and is a freelancer in public relations and communications. Kishek is a woman of Palestinian-Canadian descent and a lawyer specializing in labour laws and human rights.

A self-proclaimed talker, Ifill does not hold back on their segments, like “This Week in Feminism” “Rent and Receipts” and “Misogynist of the Week.”

With the growth in podcast popularity, Ifill sees an opportunity to fill the gap in covering marginalized communities. This is a space Ifill wants Bad+Bitchy to have and the podcast works towards this goal every time an episode is downloaded.

To Ifill and her co-hosts, mainstream media has a fatal flaw. “We were just tired of mainstream media not taking the viewpoints [of the marginalized] into consideration,” says Ifill. “We decided to talk about those things in a specific way.”

That commentary can come out of episodes like ‘Frenemies of Feminism’, where Ifill talks about how Netflix giving black director Spike Lee’s movie on the lives of black woman called ‘She’s Gotta Have It’ a series reboot is an inclusive move that network television is failing to reciprocate. It can also range to the more political side, where Ifill rants about how government policies on poverty happen without consulting the actual people who are poor.

These are issues Ifill sees as prominent within marginalized communities, and she says Bad + Bitchy talks about them in a way that gets to the core of the problem.

“We got a lot of feedback such as ‘thanks for talking about X, Y, and Z, because I think the same thing’,” says Ifill.

But making a successful podcast does not only require savvy takes on societal issues. Ifill and her co-hosts needed to understand the technology for podcasting.

“Podcasting really relies on consistency,” says Ifill. “Every Tuesday, you are going to get your download at a certain time,” she says of what a listener should expect.

With this formula, they reached 10,000 downloads in their first year, when the average podcast gets around 150 downloads a month.  Some of the most popular feminist podcasts, like Black Widow, get 5,000 downloads every week. In their last six months, Bad + Bitchy have received another 10,000 downloads.

Spending time criticizing societal inequities publicly over a microphone used to be a hobby Ifill was far removed from when she worked for the Treasury Board of Canada as an economist. To Ifill, it was a top-down network where management was overbearing. If you were opinionated or worked with your headphones, you were reprimanded. With management being all older white men, Ifill said she began to see it as an “old boys’ club.”

“That’s where I really learned what institutional and governmental racism looked like,” Ifill says. “Which is a point I told them on my way out.” Now, when Ifill is not speaking truth to power on the airwaves, she runs Not In My Colour, a digital media relations agency.

“It’s something that serves a niche audience. But it’s a large minority”

“One thing Bad + Bitchy does, it doesn’t make sense the way the Grey Cup makes sense,” says.  “It’s something that serves a niche audience. But it’s a large minority.”

One of Bad + Bitchy’s listeners is Sharon Nyangweso, a Carleton student who runs her own business building and managing digital communities. “The option to have a black woman from my community cover these issues is important,” says Nyangweso. According to Nyangweso, Bad + Bitchy’s timing was right.  There is little competition for discussing social issues in Ottawa and Ifill’s ability to write and promote herself, along with her co-hosts,’ has given them a voice in Ottawa.

Filling that space has led to Ifill branching out from the podcast. She has done interviews and features with CBC on coverage of minorities in the city. Going on other podcasts, like the Indigenous-focused Medicines of Resistance, has been another part of Ifill’s work. On top of that, Ifill has been involved at the grassroots level, such as being a part of the NowWhat?! mayoral debate on gender diversity. When going more mainstream, there is a balance to strike for Ifill.

“I’m trying not to lose that energy and truth to power that I’m known for when in a different space,” Ifill says. “It’s one of those things that’s interesting to negotiate.”

To Ifill, podcasts are a springboard. “It’s nice to let people know,” she says about the discussion in the podcast. “But how do you move that towards an end? How do you make a difference in your own community?”

Does a podcast have the potential to make those differences?