he relationship between the public and the police has reached a tipping point, where both racial and non-racial communities have begun to lose faith in the force, says the co-chair of a community-based advisory group. 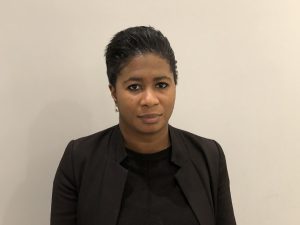 “To me, the police service has a great impact in our society,” says Ketcia Peters, co-chair of the Community Equity Council. “It’s really critical, from my perspective, that the police and the community have really good communication and a really good relationship.”

However, such a relationship is difficult to achieve when people do not feel represented.

Earlier this month, a census of Ottawa police officers revealed a huge gap in diversity among members of the force, with some officers feeling as though they didn’t have a place there.

Since 2012, these numbers mark an increase in racial diversity from its previous 9.4 per cent, as well as a slight decrease in Indigenous representation from its former 6.15 per cent.

According to César Ndéma-Moussa, president of the North South Development Roots and Culture Canada, members of the black community do not trust the police force when it comes to ensuring their safety.

It is crucial to address the whole nature of policing, and what it is like to be a cop. “Let’s be honest, to most black people to serve and protect applies to white people. To black people it seems more like to punish and harass.”

Although the police have made attempts to reach out to the black community, Ndéma-Moussa says that attempts are “not very much seen” by the community.

“You’re talking reaching out merely in terms of black leaders who are already involved with the police and who know whats happening, like me. But the average black person has no clue and the police doesn’t really reach out to them,” he says.

“The black community does not trust the police, it is that clear and simple.”

In light of the lack of diversity in the police force, many have advocated for promoting community policing, which is a key factor in helping to restore community relations, and encourage communication between police and communities.

According to Peters, community police officers are usually stationed to one beat, and often cover a specific area for extended periods of time, usually for a couple of years, allowing them to develop better relationships and improve trust with communities.

On the other hand, regular police officers, despite working the same area, are assigned different shifts. As a result, they do not have the chance to develop the same level of relationships with people that community police officers do.

In 2017, community policing in Ottawa suffered a major setback after a decision to cut down the number of officers from 15 to 10.

According to one of the two deputy chiefs, Uday Jaswal, every police officer must be able to understand the communities they are in charge of supporting. “They need to understand the organizations that are also working in the community, that are contributing to community safety. That informs the way that we conduct ourselves,” he says.

However, Jaswal does admit that the current model does not do enough and is in need of improvement.

“Unfortunately, community policing is only seen and heard of after tragedies have happened. It is not a proactive approach as it should, it’s always reactive and that becomes a problem,” he says.

One of the biggest factors triggering this tension between the police and the black community, according to Jaswal, Ndéma-Moussa and Peters, was the death of Abdirahman Abdi.

In July 2016, Abdi, who suffered from mental illness, was reported by patrons at the Bridgehead coffee shop, after he allegedly harassed and groped a female customer.

Abdi was later confronted by police officers at his apartment. Those who witnessed Abdi’s arrest described it as being violent, as officers used batons to subdue Abdi, which included a blow to the head, and even used pepper spray.

Following Abdi’s death, there was an outcry from the public, and the police fell under heavy criticism. This incident also raised questions regarding race relations and racial profiling in connection with the police service, as well as questions concerning police brutality and the tools they use, such as the assault gloves worn by one of the officers at the time of Abdi’s arrest.

Both Jaswal and Peters said it is also crucial for there to be more transparency and accountability on behalf of the OPS, by being more open in regards to information, as well as bearing accountability to the residents that the police serve.

“It’s about us improving and tailoring our responses to meet the needs of the larger community,” says Jaswal. “If there are concerns within the community, we need to be responsive and receptive to hearing those.”