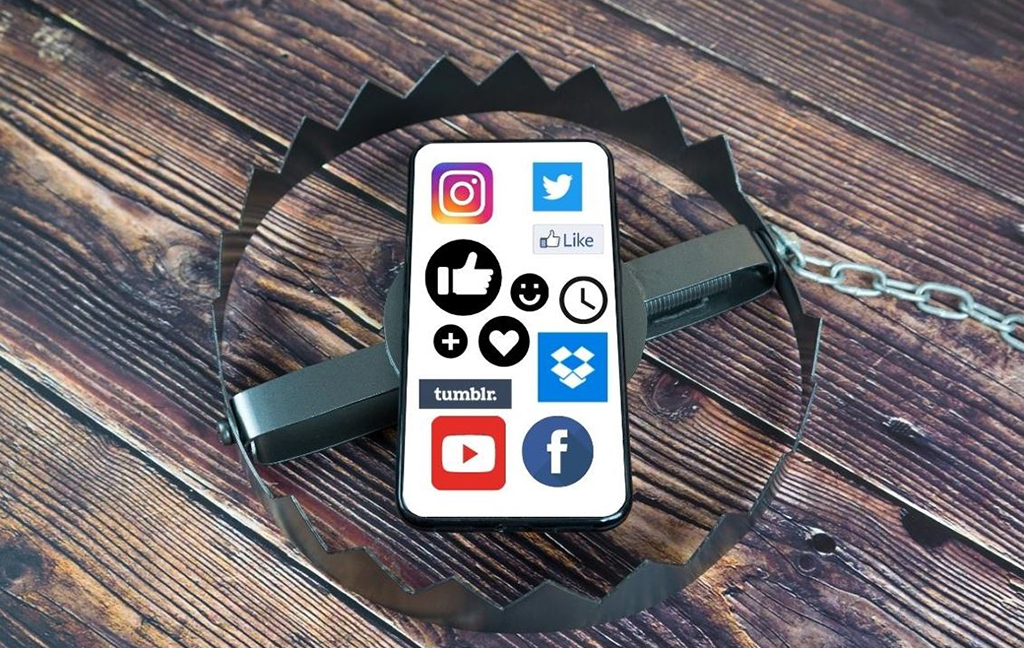 The trouble with the share button: How slacktivism disrupts real change

Sam Adam-Johnston woke up one morning in June 2020, checked his Instagram and discovered he had been tagged in a growing online trend.

The brutal murder of George Floyd at the hands of Minneapolis police a week prior had prompted protests across the world. But the anger fuelling people to take to the streets also spread digitally, as many began uploading images of a black square with the hashtag #blackoutfriday to stand in solidarity with the Black Lives Matter movement.

“I believe I had been tagged by my sister or somebody very close to me,” Adam-Johnston, 22, recalled in a recent phone interview. “With everything going on, at the height of the protest as well as COVID, there was this whole idea of wanting to participate in something but being fearful for public health at the same time.”

Adam-Johnston decided to stay home and join the Instagram campaign, tagging a few close friends in the process and requesting they follow suit. Soon after, he received a message from a friend informing him of the harm his post could cause.

“They told me that it was much more productive to spread actual information, instead of posting a simple black screen,” Adam-Johnston recalled.

“Initially, I thought posting it would be a very easy way to help out. But then I realized what posting that kind of content achieved … which was nothing, really.”

The realization prompted him to update his Instagram to warn people not to contribute to the #blackoutfriday challenge because it could interfere with algorithms providing actual resources, such as protest safety guides or required readings on the policing of Black lives.

Simply put, Adam-Johnston had been misled by a slacktivist campaign.

‘A project of reputation management’

Given social media’s ubiquitous presence in the lives of many young people, it has fast become the go-to place to highlight and build support online for a variety of causes. From racism and climate justice to Change.org petitions and the annual Bell Let’s Talk Day, millions will simply click the “share” button or repeat a hashtag in hopes of affecting legitimate change and feeling good about themselves. But experts and advocates fear this may interfere with getting people to go beyond their keyboards and commit to fixing real-world problems.

Matthew Flisfeder, associate professor of rhetoric and communications at the University of Winnipeg and author of the new book Algorithmic Desire: Toward a New Structuralist Theory of Social Media, defined slacktivism as a form of social, political or cultural activism found across the internet. Instead of going out and making material change, people engaging with slacktivist campaigns will make posts on social media platforms expressing their desire to act on a particular issue they feel requires attention.

Speaking during a Zoom interview, Flisfeder was quick to emphasize the “slacking” in slacktivism indicates the action taking place is mere rhetoric, concerning itself more with the appearance of doing something rather than actually affecting social, cultural or political transformation.

“People tend to want to appear as though they are acting towards change without actually doing the work to make change possible,” Flisfeder said. “A lot of the actions people are doing on social media across the board is a project of reputation management. What we’re doing when we’re posting online, to a certain extent, is managing our reputation and the way we are seen by others.”

In early November, an Instagram page belonging to an organization called Plant A Tree Co. used the platform’s sticker feature to create a campaign that promised to plant a tree for every pet photo shared.

Soon after, the sticker had been reuploaded more than four million times. But did Plant A Tree Co. really have plans to plant more than four million trees? Clearly not – the organization claimed to have a partnership with a tree-planting organization called Trees for the Future, but Lindsay Cobb, a representative for Trees for the Future, was quick to deny any affiliation in an interview with CBC.

Additionally, Plant A Tree Co. stated on its website that to plant trees, it was selling necklaces, and one necklace would fund the planting of one tree. But in a questionable turn of events, the mention of the necklaces had been removed as soon as their sticker campaign gained traction on Instagram.

Nasha Choudhury, 27, works with Ottawa Biosphere Eco-City, a grassroots charity that seeks to engage people and organizations in sustainability efforts across Ottawa.

Choudhury said slacktivism blurs the line when it comes to creating real change.

“When you have groups that are out there who are posing as an actual charity when in fact they’re not, it just adds to the challenge of getting the engagement that you want.”

“In this virtual world that we live in, it’s really difficult for people to find the kinds of organizations that create the impact that they want to see,” Choudhury added. “There is just so much that people look at for a minute before moving onto the next thing.”

Ecology Ottawa’s Sana Badruddin, 30, said it feels hurtful to see slacktivist campaigns such as Plant A Tree Co.’s prosper over genuine charitable efforts, such as those of her organization.

“We have this extremely successful tree giveaway campaign within the city of Ottawa where we give out free trees to local residents who fill out a survey,” Badruddin said. “The whole point is to empower the citizens who get the trees and are tasked with planting [them].” Ecology Ottawa says it has distributed over 30,000 saplings across the city.

When it comes to slacktivism campaigns, though, Badruddin said the content is basically posted into oblivion because any random person can share a picture.

“It does kind of delegitimize our work because actual organizations try really hard to make sure people’s efforts are recognized when they take part in something,” Badruddin said. She entertained the idea that slacktivism might have some direct correlation with a lack of actual volunteering in Canada.

Although slacktivist campaigns continue to garner attention across various social media platforms, the question remains: Will the phenomenon ever be seen for what it is?

Badruddin is of the opinion that efforts to combat slacktivism must take place in the physical realm as opposed to the digital one, saying that “fighting social media with more social media is really weird. Ecology Ottawa is, at its core, a face-to-face organization … we use social media as a tool to create action and awareness, but you have to go about it in an intelligent way.”

Asked about his new approach to slacktivism, Adam-Johnston explained his rule of thumb when reposting content online.

“I try to stick to local issues that directly affect the people surrounding me,” he said. “When you can relate to the issue directly, because you grew up in the area or you know people impacted by it, spreading awareness feels much more validating.” 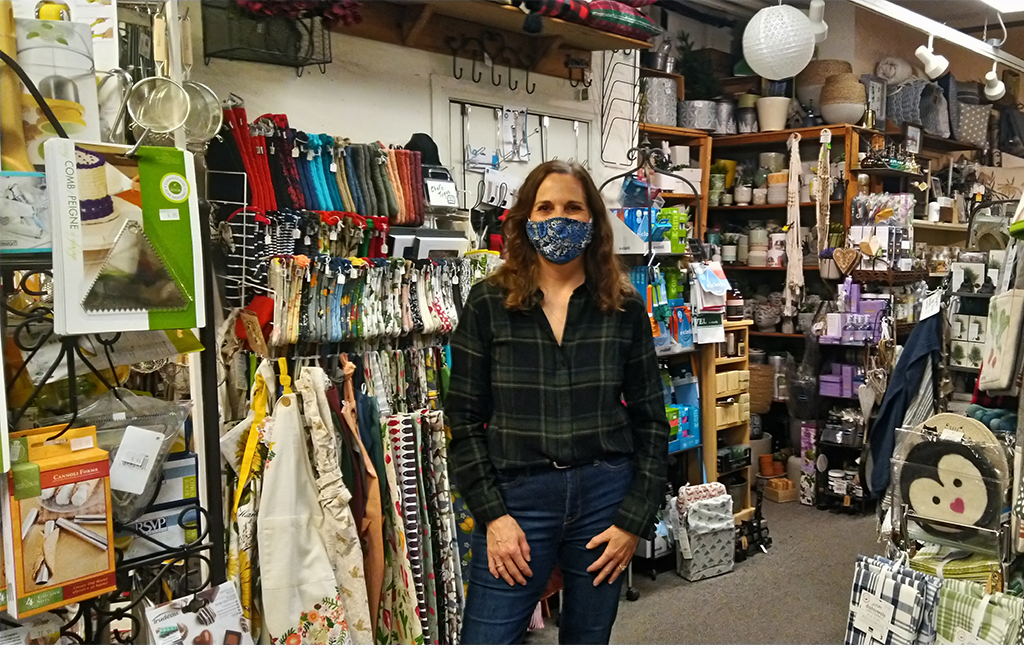 Jennifer Adam smiles behind her mask while standing in front of the various kitchen and home products inside J.D. Adam.

The Christmas Market first took place in 2019 but was cancelled last year due to COVID-19.

Store owners near Lansdowne looked forward to the extra traffic the market could bring.

When asked whether there was tension between local Glebe businesses and the market, Jennifer Adam, the founder of J.D. Adam Kitchen Co. on the corner of Bank Street and Third Avenue, said there was none.

“Anything that brings people down to the neighbourhood is fantastic,” Adam, 59, said. “We like to have extra customers running up and down by the extra stores in the area.”

Adam said her business is established and has been in the Glebe for more than 30 years, but the presence of the Lansdowne Christmas Market “might be harder for newer businesses.”

Adam also said the merchandise her store sells is different from the products at the Christmas Market.

“I think it just adds to the great variety of products that we have around here,” she said, “but if someone was selling something that was the same as what we’re doing, then I would obviously have some reservations.”

Bassam Saeed, 38, is the co-owner of local sock supplier Uptown Sox and was a vendor at the market in its first year in 2019.

“As vendors, we had a blast here,” Saeed said. “At nighttime, they do a lot of events here, and a lot of families come out. So, you have that Christmas feeling right through the holiday.”

Vendors are expected to open their doors for shoppers in the Casino Lac-Leamy Plaza starting at 5 p.m. Friday. Saeed said he was not worried about competing with Black Friday sales.

“It started on Black Friday in 2019 as well, and a lot of people still showed up,” Saeed said.

He added that because the Christmas Market begins later in the day, people will spend their evenings at the event.

“It’s a good evening getaway, and instead of going out on a Friday night, people come here,” he said.

Shoppers at the market Friday also expressed excitement for its return.

“I’ll be going to the Lansdowne Christmas Market with my husband and children tonight, and we’re really looking forward to it,” said Gemma Needham, a Christmas shopper in the Lansdowne area.

“I’ve heard that they light up a giant Christmas tree on the opening night … so that’ll be tons of fun.”